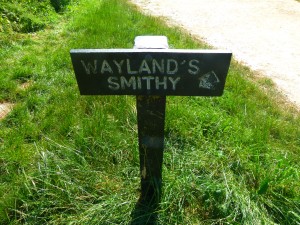 I dream of light-flowers erupting from hilltops and wake up feeling refreshed and looking forward to our planned trip to the Uffington hill carving and Wayland’s Smithy despite the gloomy weather.

First there was Lee telling me about his trip to the famous long barrow and me waiting and waiting and expecting at any time some inkling as to the naming of the place.

I had previously disclosed to him the Raven-Stone hidden at Hordron‘s… and had felt sure that he would be on the lookout for something similar but if he had been then he obviously did not find it.

Then again Lee did not really appreciate the ramifications of the Raven-Stone.

I am not sure I do, completely.

It is difficult to grasp that the way the ancients saw the same things we see was so radically different… I had been slightly envious of Lee getting to Wayland’s before me but that envy was assuaged somewhat by his apparent lack of discernment and the small… still… voice… telling me that it was not yet time and that the timing of these things was almost as important if not more important than any kind of discernment.

And then the Wayland’s image kept turning up when it did not really fit… I had been experimenting with images and quotations and linking them through meditation.

It appeared that while words appeal primarily to the intellect, images are intrinsically more emotionally charged but repeated use of the two in conjunction can afford an approach to the fusion of these two normally separate centres.

The images were predominantly culled from works of art with the exception of the Wayland image which was simply a photograph… of place!

It was incongruous but insistent…

‘…What do you really want from the use of this image?’

‘I want people to visit the site as a prelude

to embarking upon their new spiritual journey.’ 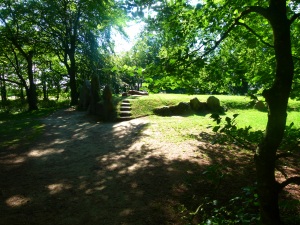 2 thoughts on “The Initiate…”