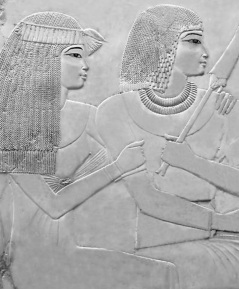 “When the sun rose once again it was more than a new dawn for the world. A new order, a new era had begun.

And it was time.

We from whom the stars were seeded were sent to earth to walk amongst you. We wore flesh like a garment, clothing our immanence, choosing the limitation of your little lives as our place of working.

The people were nomads, chasing subsistence where the water rose and the animals ran. We could do nothing with them except seek them across the desert. How were we to teach them if they could not stay still? How could they listen if their days were taken by their need for survival? Indeed, we saw such violence and starvation in that arid land that even the gods wept.

It was a problem.

Famine and war had raped the earth and the people were little more than savages. The rivers were thin muddied streams and the wells had run dry. Animals died and were consumed and when all had been eaten you began to consume yourselves. Hooks were let down to catch the unwary like fish and they were slaughtered and eaten. Parents ate their babes and the graves of the dead were plundered for meat.

Yet we knew that upon the earth all things are perfect if only one has eyes to see. And see we did.

It was into this land that we came, my husband and I. The fertile lands? No, here there was little more than desert and desolation.

We called upon Tefnut who sent the rains and upon Hapi to release the floodwaters. We walked the lands, Osiris and I, teaching the people who were brutish and uncultured, knowing nothing more.

Slowly the land came back to life, edging the banks of the Nile in verdant abundance and the people learned how to laugh once more.

I gathered seeds of wild wheat and barley and brought them to Osiris. When Hapi’s flood receded we planted them in the fertile mud, tended them and watched them grow. The people were curious and came to see what strange thing we were doing.

When the season turned we harvested the grain and showed those who watched us how to separate the good grain from the chaff on the threshing floor. We taught them the use of the quern to grind the grain into flour. Many came, following the aroma of freshly baked bread as it wafted for the first time across our land.

The people knew how to make barley beer, even though they harvested only wild grains. We showed them now how to prepare the soil and tend the crops, giving them water in due season, cutting them when they turned golden as the face of Ra.

Grapevines too we planted, watching the tendrils curl around their supports until they were strong and bore fruit. These we made into wine and the people emulated us.

No longer did the folk of the river-lands wander. They built homes of mud bricks, planting fields and gardens and herding the animals we taught them were right to eat, yet only with respect.

When the bellies of our people were full, we fed their minds. We gave them the music of Hathor and taught them to sing. They told stories around their hearths as night drew in. We taught them how to use the papyrus from the banks of the river to make scrolls and Thoth taught them how to write upon them, grinding the pigments to make the colours, preserving their stories against the passage of time.

Slowly the land settled and became a happy, prosperous place. My husband, Osiris, ruled with a light hand, giving the people laws and structure within which they could frame their days and the land was full of the laughter of children and the sounds of joy and life.
These were the days of honey; sweet, golden and gentle. I was happy, knowing the joys of Hathor’s gift of Love.

When our lands had learned that gift also and flourished in peace, with art and poetry, Osiris, crowned as King and loved as a god, went out into the world to bring knowledge to other lands and peoples, teaching them all we had learned. He did not go forth as a conqueror, but in peace and wisdom and the peoples learned from him in joy and gentleness.

I ruled in his absence in the Two Lands and men knew me as goddess and Queen and in their knowing I learned to know myself.

I taught the deeper mysteries of life with my sister, Nephthys. I showed how to open the way for the soul to come into being and she showed them how to bring the child into the world.

As Nephthys taught them of the ways of dying, I taught them the journey from life to death and through death to birth. It was a time of great richness and joy.

A golden age for both man and god.”

22 thoughts on “Days of Honey”