Just beyond the standing stones of Callanish is a small hillock of boulders and green earth. It was here we sat, partly to contemplate the enormity of the site before us… a place we had both long wanted to visit and thought we might never see… but also to await the departure of the latest horde of tourists. While we are glad to see a resurgence of interest in these ancient places and understand the exigencies of the ubiquitous guided tour, it always feels wrong, somehow, to see crowds being disgorged from huge coaches, knowing visitors are obliged to ‘do’ the site in fifteen minutes, take a few pictures to prove they were there and leave without ever having a chance to feel the spirit of a place or contemplate its relationship with earth, hills and sky.

So, in the lee of a great stone, we waited. The hillock and its boulders may well be a natural feature… I have found no official reference to it being anything else… but if it is now as it was five thousand years ago when construction was begun at Callanish, there is no doubt in our minds that it would have been used and formed part of the ritual site. If we could see its ritual possibilities, our ancestors would not have missed them.

The odd thing was that, although we were in the open and in plain sight, we appeared to be completely invisible to the other visitors. No-one met our eyes or smiled, no-one acknowledged our presence. Several people almost stood on us. Indeed, one visitor stood so close, taking photographs, that our feet were almost touching… yet we might as well have been wearing elven cloaks and hidden from view.

It is not the first time we have encountered this at the old places, especially when something is afoot. But, while you can shrug off a couple on the high moors who do not acknowledge your presence, or the lone walker who will not meet your eyes, or a small party that ignores and does not greet you, it feels distinctly weird when you appear to be unseen amidst so large a throng.

Eventually, we gave up. As soon as one load of coaches had reclaimed their passengers, another load arrived. It was almost noon… a busy period for visitors. Our timing and our luck was out so we headed back to the car and in search of the first coffee of the day. We had not far to seek… the alpacas I had seen on the way to the stones proved, like their larger, and now legendary cousin, Lammas, to be great guides. Within minutes we had found both coffee and the best bread and butter pudding, served warm and with custard, at a little place rejoicing in the name of Alpacaccino’s.

It was odd enough to find that much-needed cuppa through the good offices of alpacas on a Hebridean island. It was quite a coincidence to find that the owner was a Lancashire lad who came from Stuart’s neck of the woods and who knew my childhood haunts in Yorkshire too. Given his roots on both sides of the Pennines, there was nothing strange about the welcome or the friendliness… but the earnestness with which he was trying to convince us to move to the Isles within minutes of meeting us seemed a tad on the strange side. As did his suggestion we buy the house up for sale a few doors away, even going so far as to tell us the minimum offer the owner would accept… and suggest the best ways of earning a living when we did! 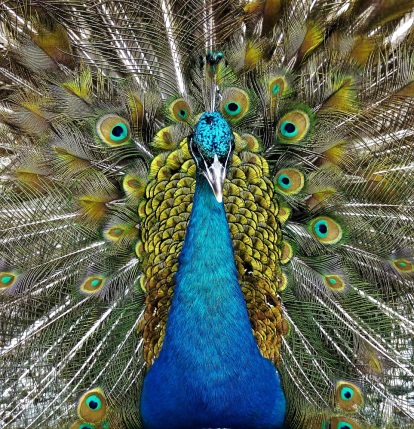 And, all the while, Topaz, the resident peacock, maintained a determined and amorous serenade, in spite of all attempts to shush him by his owners. He rattled his tail feathers and displayed his multi-eyed glory as he called. Apparently, he thought me a suitable mate… For some reason, as Stuart pointed out, they always seem to display for me. 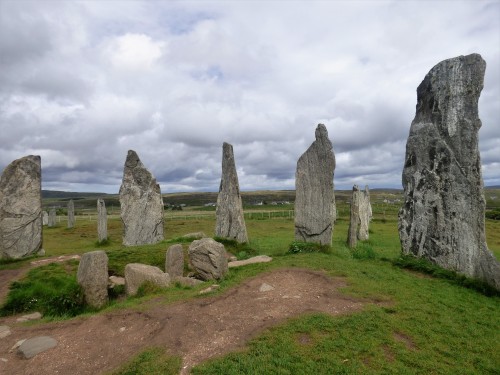 We learned a little more about how the stones of Callanish had been suppressed for centuries by religious bias and of the festival that would be held there at the summer solstice that was just days away. And that was enough to send us back up the hill again to spend time with the stones of Callanish and get to know the site better in the ever-changing light…

5 thoughts on “Dreaming Stones: Invisibility and Other Weirdness…”