We were fed and watered… very well-fed, in fact after a home-cooked Welsh breakfast at the Mid-Wales Inn… and on the road early. The weather was finally dry, the sun attempting to peep through the clouds… and there was the little matter of the mountain road we had stumbled upon the day before. With a little manoeuvering, we had managed to plan a route that would necessitate driving its full length north-westwards.

Not as far north as we had originally planned… we had taken longer than expected the day before to get this far and the timings were all wrong for one of the places we had wanted to visit. That was a bit of a disappointment perhaps, but our plans are generally flexible enough to stretch wherever the imagination takes us. 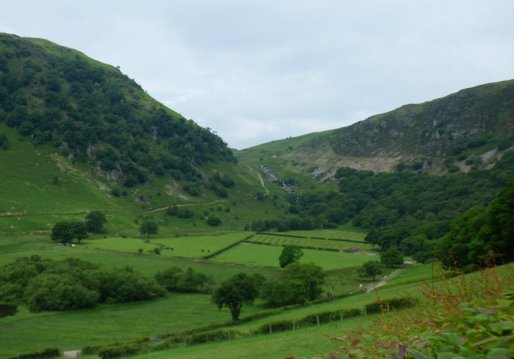 With red kites wheeling overhead, we set off along the narrow road that runs through the Elan Valley. We would miss the dams, but, impressive though they are, we were going the wrong way for them. On the other hand… we had the roads largely to ourselves, apart from the suicidal sheep that, as in Yorkshire, wander the roads as freely as they do the hills. 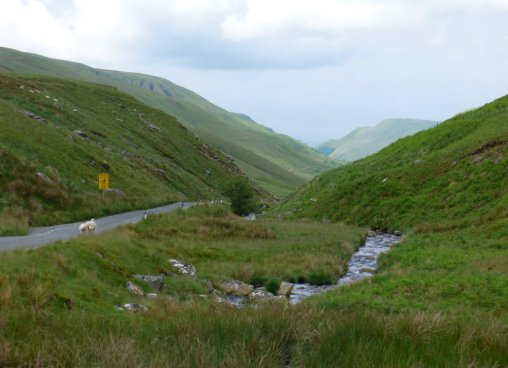 And the hills were beautiful. The road we took runs for about fifteen miles from Rhyader, through Cwmystwyth to Pontarfynach. So far we were doing well… our destinations had vowels accessible to the English tongue. Fifteen miles on a deserted road does not take much above fifteen minutes… give or take an hour and a half when you get distracted… 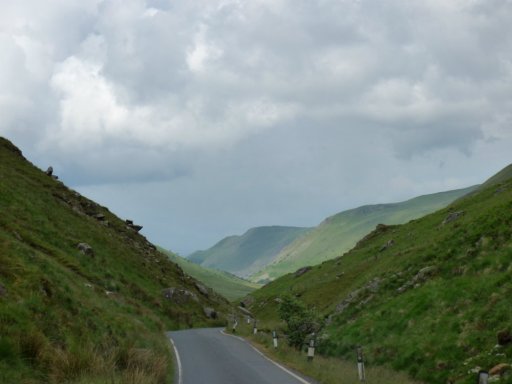 It would probably have taken even longer, but we were conscious of a need to actually get a little closer at some point of the day to where we planned on staying. Sensibly, we had booked a hotel within striking distance of where we were meeting our companions the following day for the start of the Silent Eye weekend.

But honestly, how could we not stop? If it wasn’t waterfalls and wildflowers, it was industrial archaeology… or incredible vistas that lift the soul to heaven. The morning light carried mist that softened distance, but held that particular clarity the you find in the green places high above sea level.

Near Cwmystwyth, we found the mines. The derelict buildings and the area around them are classed as a scheduled monument. Lead, copper and silver have been mined here for centuries, with early finds placing the activity right back to prehistory, to the time of the ancient Britons and later, through the Roman occupation until the early part of the twentieth century.

Not only silver has been found here though. Wales does have rare deposits of gold in the hills and the royal wedding rings have been made from Welsh gold since 1923, but the gold found in this spot was in the shape of the Banc Ty’nddôl sun-disc. This small artefact, possibly used as a cloak clasp, was found with bone deposits and has been given an age of four thousand years old. 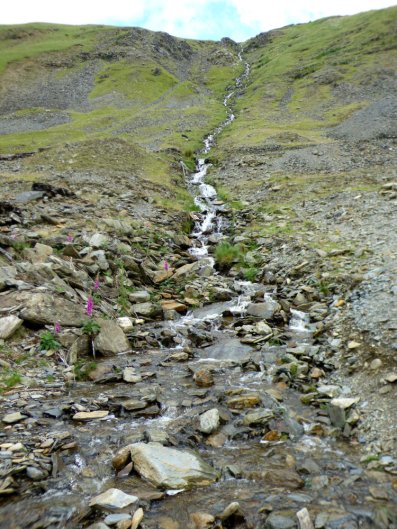 For me, though, the silver streams that tumble down the hillsides are more precious than the metals they once washed. There are jewels enough in the colours of the foxgloves and gold in the buttercups that strew the banks, catching the sun in their petals. 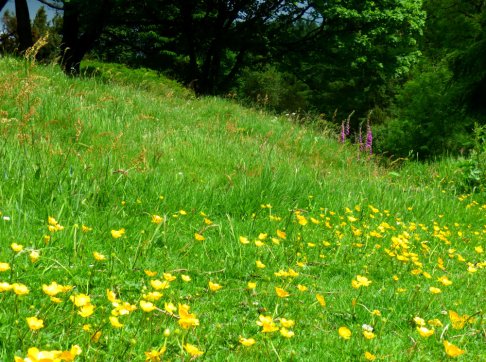 The hills and scree finally gave way to trees and managed woodlands. At the top of a hill we came upon a strange sight…and archway from nothing to nowhere straddles the older track. We pulled over to investigate, finding that it had been built to celebrate the Golden Jubilee of George III in 1810 by Thomas Johnes of Hafod.

The view was magnificent from that point at Penbwlchbodcoll – “the head of the pass of lost existence”, which is a name that leaves you speculating and philosophising for the next several miles.

We had spent an hour and a half covering fifteen miles and were sorry to come to the crossroads at its end. It had been a drive through paradise, but we were going to the Devil… or at least to the bridge he had built…