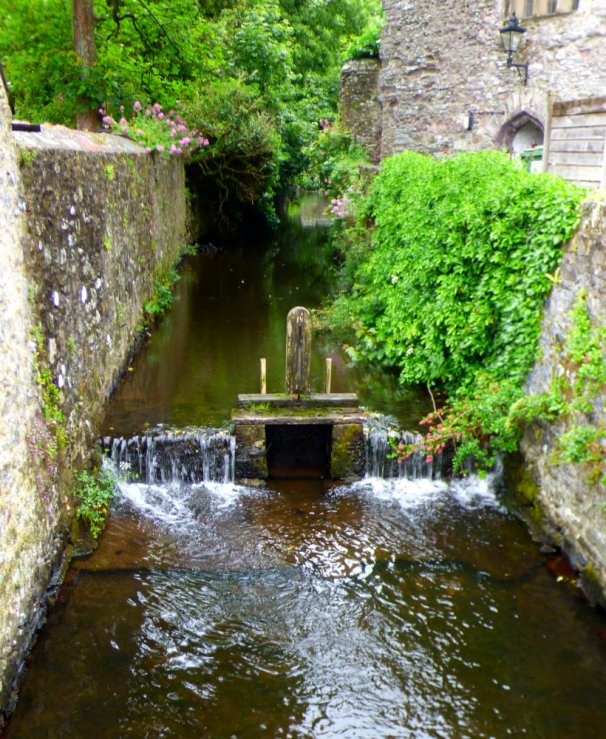 While I was researching the cathedral at St Davids, I came across a couple of legends that caught my fancy. Both of them concern Llechllafar, the talking stone. The name just by itself was intriguing… where did the emphasis lie? Was it a stone that spoke, or a stone where people could speak? I soon found out and it tied in with the legends of the old corpse roads that Stuart and I had come across when working on our books.

When villages began to get their own churches, quite often it would only be the mother church of the area that had burial rights. People were obliged to carry their dead, often long distances, to bury their loved ones. There were many legends associated with these old highways that could scale hills and ford rivers for mile upon mile, following a straight line, very like the leys, that might take them even through homes…the spirits of the dead always took a straight course, and a convoluted path would confound or confuse them.

There was a corpse road at St Davids… and it was crossed by Llechllafar.

The talking stone was a huge white slab of marble, ten feet long, six feet wide and a foot thick. It lay across the little river Alun that separates the cathedral from the palace… making me wonder which side was that of the living and which that of the dead, especially as, beyond the ruins of the bishops palace, there is only the sea and the islands that float in the mist…

Llechllafar, wrote Giraldus Cambrensis around 800 years ago, as part of the corpse road was so old even then that it was worn smooth with age and the passing of many feet. As one body was carried across it for burial, the stone spoke. So far I have found no record of its words. The effort of making itself heard was so great that the stone split asunder and, from that day, none would cross that way through fear.

There is another legend that does record the words… though here, it was Merlin, not the stone, who spoke them. Merlin foretold that an English king would attempt to cross the bridge. This king would have conquered Ireland and would also have been injured by a man with a red hand. Crossing Llechllafar the king would die.

King Henry II, having just returned from Ireland, made a pilgrimage to St Davids. He heard of Merlin’s prophecy yet chose to cross the water by Llechllafar. As he reached the other side alive, he laughed at the prophecy, calling Merlin a false seer. A local man shouted out that Merlin’s words held true… Henry had not conquered Ireland, so he was not the king of the prophecy.

Henry never did defeat the whole of Ireland…

It wasn’t until the 16th century, that a new bridge was built and the stone taken away. Llechllafar is now lost, along with any words it may have whispered as to why it was so important. In a land where the hills hold the quarry from which the bluestones of Stonehenge were hewn, and where ancient stones now stand silent in the landscape, you have to wonder about its origins…