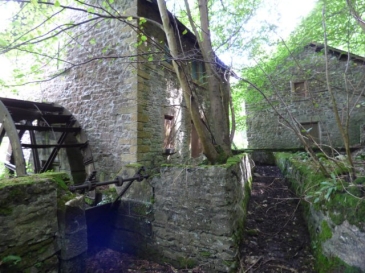 “Right, if we start from Midwinter…”

“You’re going to have to rename all the months.”

“We want to get beyond names.”

“Before the months were named there was a metaphor of the year.”

“And the metaphor of the year was what precisely?”

“The metaphor was the year as fire, or better, as a fire.”

“Because all the autumn months are still ’embers’.”

“The year, like a fire, rises to flame after first being kindled and then dies down to ash?”

“Not to start with. There might, though, be names later.”

“So how are you going to distinguish the months?”

“As First, Second and Third Kindling… etc. Are there any more questions?”

The multi coloured hedge-pig was silent.

“The calendar is a highly arbitrary way of marking passing time anyway. It would be a retrograde step to attach too much importance to such contrived dates…”

“…First Flaming then would fall on old 27th April, another nine, Second Flaming on old 1st of June, a much more sensible time, in this country at least, to celebrate a fire festival with Third Flaming commencing on old 9th of July, are we beginning to see a pattern emerge here we wonder?…”

“Like I said, our civilisation dispensed with time and gender many, many suns ago.”

Quicker than Jumpin’ Jack… our multi-coloured hedge-pig shot back into its Blue Sphere of nowhere, sealed the portal, and rose back into the sky above the still turning Water Mill.

The sphere bobbed briefly above our head which we took to be something of a farewell and then disappeared into thin air.

“Charming! What a world we now live in. Even the genies these days, if genie it was, cannot be trusted to keep their promises.”

We climbed back to the height of the road and re-crossed the bridge.

Up on the top of the hill which resembled the base of a large pyramid we could see Sam-Fires ready to be lit and the tiny figures of children, waving in the sun.

“It must be Second Flaming,” we thought, before raising our arm and waving back.

1 thought on “Flash: Meeting the Criteria…”