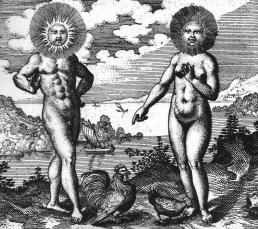 We turned the ‘Eleventh’ leaf of the book:

Operation Two:
’… to him that overcomes will I give a white stone, and
in the stone a new name written…’
– Revelation 2:17

Was it a coincidence?
Twelve Tribes of Israel… Twelve Jewels on the High Priest’s Ephod…
Twelve Disciples of the Christ…
…Twelve Gates into the New Jerusalem.
Twelve Months of the Old Year.

But why this headlong career though the leaves of the book?
And why did we feel the need to so hastily transcribe its contents?
Something told us it was not ours to keep.

In terms of number symbolism alone that really was very clever…

We decided to be audacious;
‘Why are you wanted by The Officers Of Law?’
We did no more than frame the question in our mind.

‘Because the Dead Letter always seeks to contain the Spirit,
Whilst the Living Word seeks only to set it free.’

‘…And out of the Third comes One as the Fourth…’

…As Indeed was that.

And that is without even considering the geometric forms.
The one here certainly resembles a seed…
…A Diamond seed sown at the heart of conjunction.

Our brain was now again beginning to fire yet simultaneously to tire.

It was all we could do to get the thing down as accurately as we could.
We were onto the Third Operation already…

And finally we saw her…