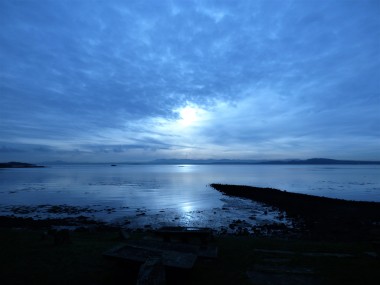 Dark night, utterly dark. Probably just as well. If his friends could see him and knew where he was going…

Not that he knew where he was going himself, just who he was meeting and that was bad enough!

‘An adventure,’ she had said in that enigmatic way of hers and then she had smiled.

‘What kind of adventure?’

‘…To bring something back into the world that was lost.’

It would cost. Of course it would cost. Her sort always do one way or another. He clutched the hessian pouch tighter in his fist. Silver was not easy to come by in this day and age. Had to know where to look, and when, and how…

The hoot of an owl. A dark shape emerged from the line of trees up ahead.

No word of greeting.

That smile. Somehow, it was still visible in the blackness.

“The witch in the wood.”

The dark figure moved off. A shadow. Lithe and silent.

He followed as best he could, cursing himself all the while.

‘An adventure,’ she had said, and then she had smiled…

…I knew the wood vaguely but even had I known it intimately this headlong dash through the shadows would have been new to me.

Rough, spindly fingers kept grabbing at my hair and clothes, scratching at my face, but we kept on running…

The phrase ‘break-neck pace’ kept flashing through my mind yet eventually the rhythm of it ensnared my qualms and propelled me back to the school room and my old letter-man Seamus.

‘The name is alien,’ he was saying to me with a familiar glint in his eye, and I thought again of the hard ‘Cee’ followed by the rolled ‘Arr’ which caught in my throat like the caw of a Black-Bird.

The double ‘aa’ drew out the word unnaturally and the ending was uncertain. Was it an ‘Ess’ or a ‘Zee’ and should the ‘Zee’ be a ‘Zed’ anyway…

Up ahead of the chase my midnight assailant was slowing on the edge of a small clearing.

I caught up to her and hung an arm on her shoulder, breathing heavily.

She shrugged off the arm and motioned to what I took to be a beehive shaped hut in the middle of the clearing with, in front of it, the dark form of a standing stone. 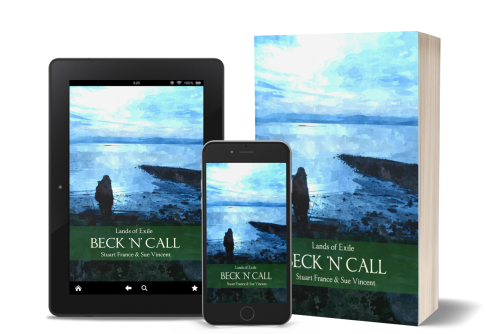