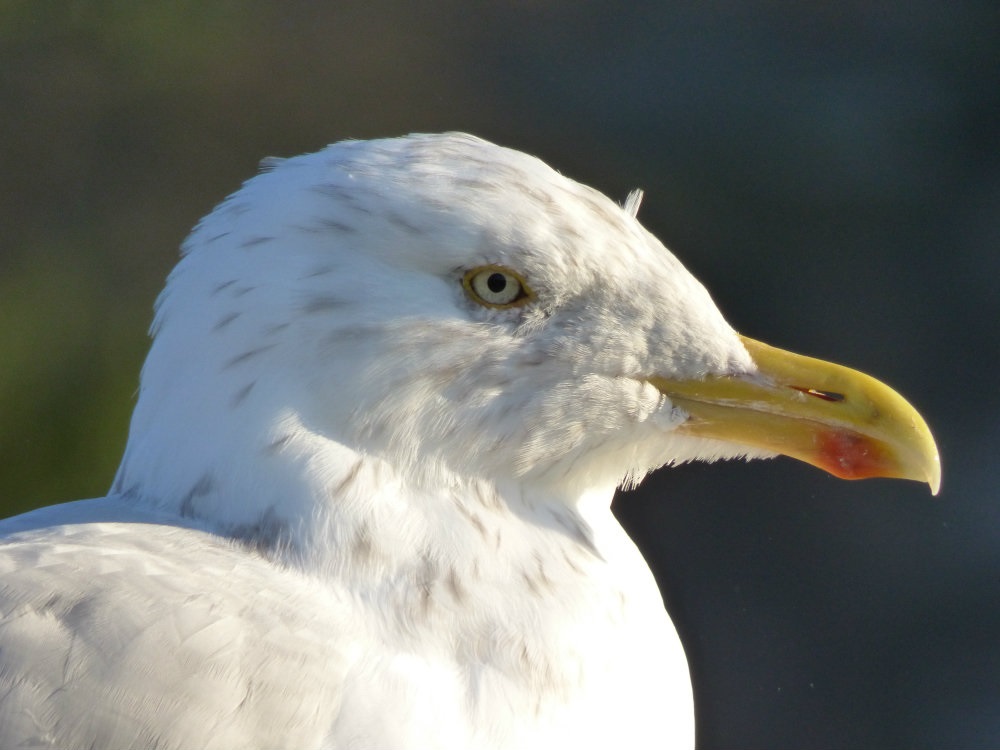 It was eleven o’clock by the time we emerged, a little dazed, out into the sunshine. The ground was still frozen and shaded patches of frost lingered. Otherwise, you would have thought it was spring. We strolled through the burial grounds of the precinct, pausing to look at the remains of St Rule’s little church with its incongruous tower that still rises high above the town. The Abbey is built on what seems to be a small promontory of rock that rises above the twin beaches.

There were birds everywhere. Mainly seagulls of course, but robins, oystercatchers and thrushes too… We had seen an incredible variety of birds on the trip so far… and so many hawks of all kinds and none seemed to be in a hurry to fly away. A few of the seagulls evidently wanted to be immortalised on film… some of them appeared intent on showing me their best side and I had a veritable photoshoot going on with them at one point as we meandered through the graves, ancient and modern.

It felt as if we were slipping between the wings of time, as age upon age drew us deeper into the past. St Rule’s predates the Abbey; the church with its tower was built around AD1130, probably for the new Augustinian canons. Beyond the precinct walls, a small plateau holds the remains of an even earlier religious settlement, where the Culdees lived in devout community.

The Culdees lived the ascetic and eremitical life of monks, though it appears they took no monastic vows. Their communities were at the heart of the Ionian Christianity of the Celtic Church that was to be subsumed by Rome in the twelfth century. Wherever we have found traces of the Culdees, we have also found a spirit of deep peace and reverence for the land.

The Culdee communities seem, in some intangible way, even now to celebrate the beauty and majesty of Creation. Looking out over the remnants of their home to the sea I was reminded of a few lines from the Lorica of St Patrick and wondered if this reflected something deep within the nature-based Christianity that we had lost with the shift in power towards Rome.

I arise today, through the strength of Heaven:
light of Sun, brilliance of Moon, splendour of Fire,
speed of Lightning, swiftness of Wind, depth of Sea,
stability of Earth, firmness of Rock.
The Lorica of St Patrick (5th-8thC)

Further back still we went as we walked, passing innumerable monuments in the shape of the solar cross, and what looked to be an ancient well in the burial ground, though it could just as easily have been the entrance to a crypt made to seem like a cavern. There appeared to be a cyst or pool at the end of it, filled now with earth and the sad neglect of plastic. I can find no mention of it.

The Culdee church is known as St Mary on the Rock, or St Mary of Kilrymont. St Andrews had been settled as far back as 4,500 BC. The earliest recorded name for the place was Mucrois, which means ‘boar’s head’. The name evolved, eventually becoming Cennrigmonaid, (Anglicised to Kilrymont) around AD370, Gaelic for ‘the head of the King’s mount’. When the relics of St Andrew were brought here and their veneration began, the town was renamed for the saint. We followed yet another robin who led us back towards the remnants of St Rule’s and the tower. We were, of course, going to have to climb it… 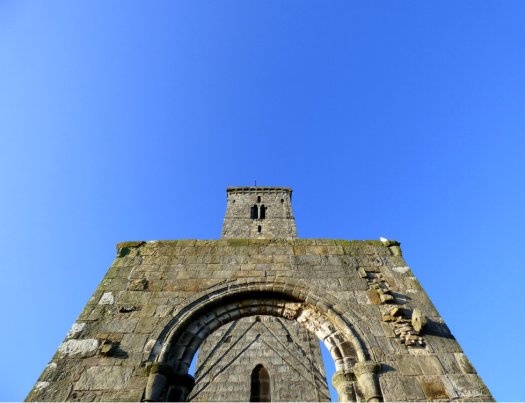 2 thoughts on “Discovering Albion – day 7: Wings and a Prayer”