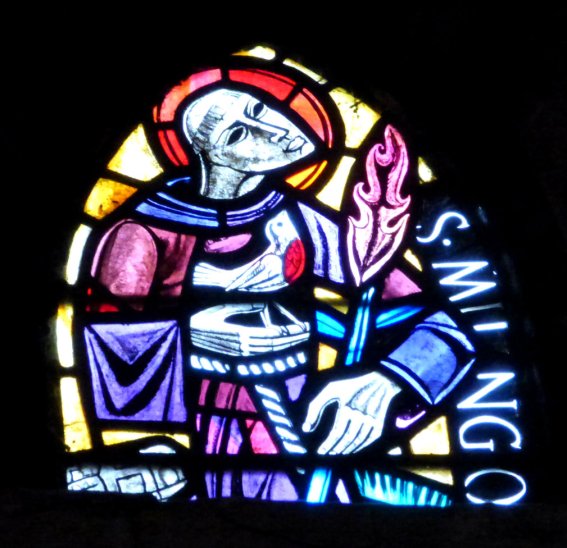 We left the corner of the church with the ancient stones to look around the rest of the little cathedral at Brechin. Normally you have to really look to find the treasures of history, but here we seemed to keep falling over them. The stained glass was incredible; mostly modern but full of light and some of the most vivid colour we have seen. The chancel is full of windows and very light, a great window with beautiful tracery illuminates the west. Both sides of the church have huge panes of art and, unusually, even the clerestory windows are glazed with stained glass representing the Celtic saints. 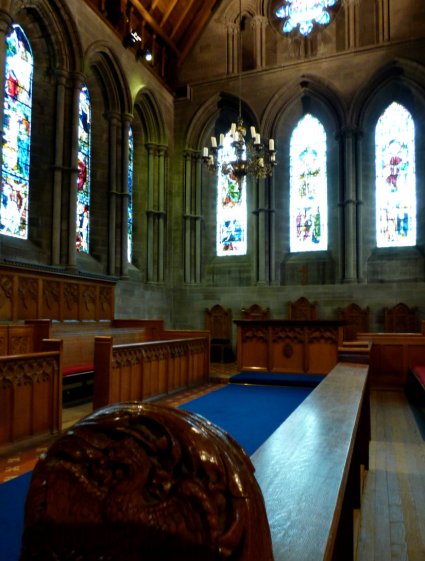 Our St Kentigern was there, under his nickname of St Mungo which means ‘good friend’ or ‘dear one’, a name said to have been given to him by St Serf who cared for him as a child. We’d come across him several times since Aspatria a few days before. There were all the major figures from the Bible including a stunning triple window from 1949 by Douglas Strachan showing David, Moses and Melchizedek. 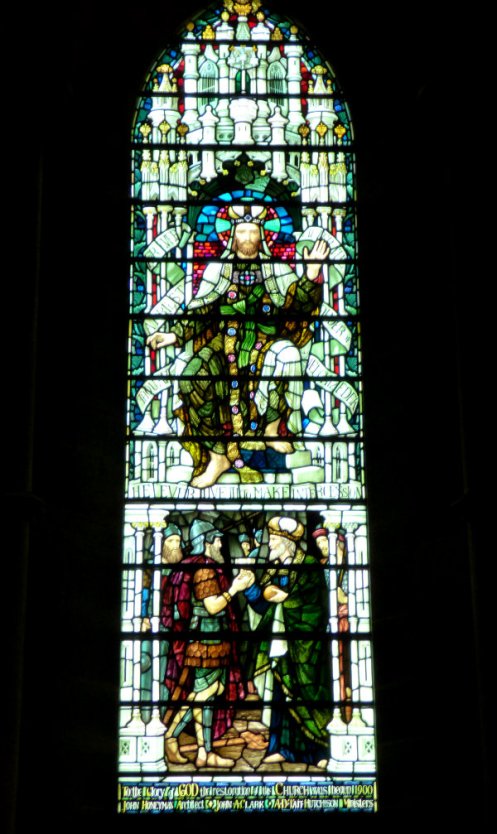 But it was not all light and colour. There was the plague stone, referring back to the bubonic plague that struck the area. Dated 1647 it is inscribed: “Luna Quater Crescens Secentos Peste Peremptos Disce More Et Umbra Sumus.”, which means, roughly, “Four Quarter Crescents Of Moon. Six Hundred Persons Died Of The Pestilence.” There was a quiet, shadowed chapel whispering the memory of private prayer and at its entrance another medieval cross slab with the shears to cut the thread of life. 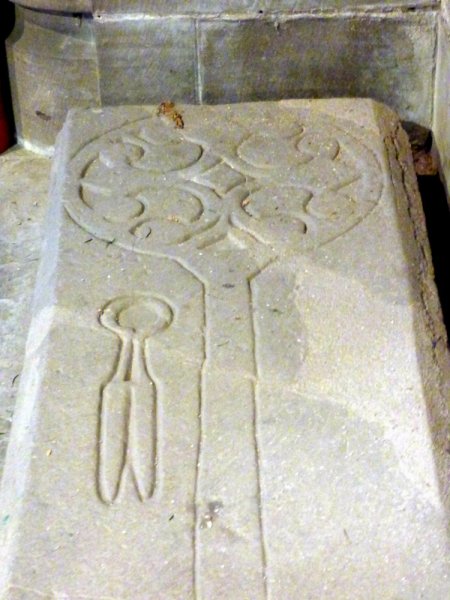 Then there was the font… very simple… Norman with carved arches on a modern base. What was mounted on the wall above it though was something else… ‘The Mary Stone’ said the inscription. Like one of the parishioners, apparently, who had thought the same for years, I had first assumed the central figure was holding a sheep, but no, it is a depiction of the Virgin holding the baby Jesus… so still the Lamb, perhaps. 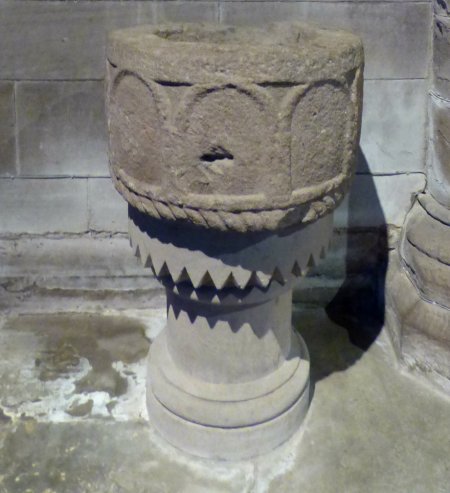 The Pictish Cross is about three feet square. It was found buried in a garden in 1872 and dates back to around the ninth century. It appears to be the oldest Scottish stone to bear a Latin inscription, S.MARIA MR. XRI. (St Mary the Mother of Christ). She is surrounded by the evangelists, flanked by angels and what appears to be yet another raven. “Above the angels”, says the cathedral’s website, “is a bird, more crow than dove-like, representing the Holy Spirit.” So, I‘m not imagining things then… 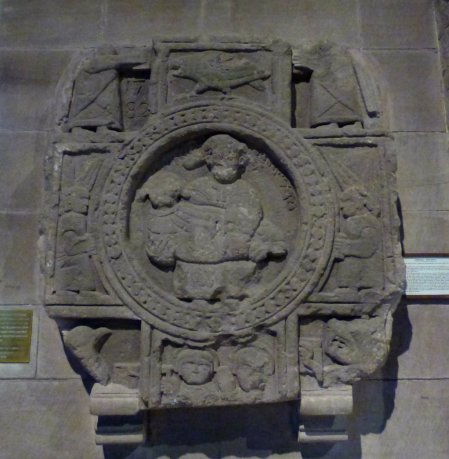 Considering we had only stopped in Brechin to find a pub, we had stumbled over much more than we bargained for! However, the pub was now even more of a necessity than ever and we felt it was time to move on. Regaining the car we headed for the coast road again. The sky was darkening, the car dashboard worrying and the clouds heavy with potential snow. A little while later we sat in a tiny pub in Montrose and weighed up our options. Risk a sick car in the snow even further north…? Or take the coast road southwards again. Reluctantly we decided to turn south. We would not make our hoped for destination north of Aberdeen… but perhaps we could make it back to Edinburgh in time for dinner… 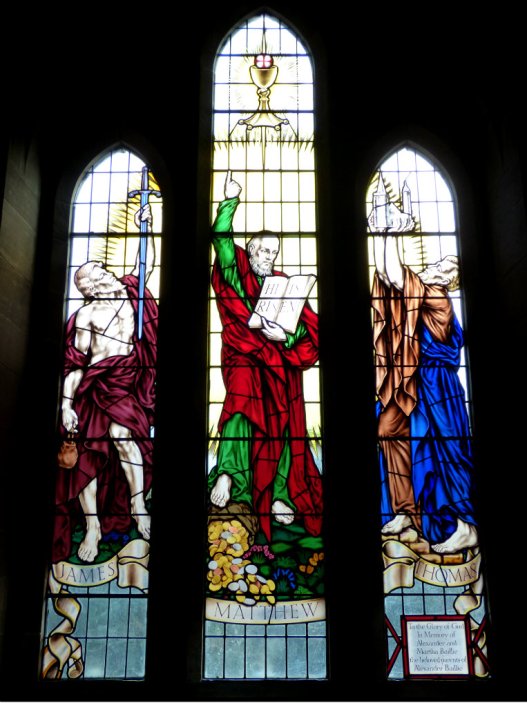