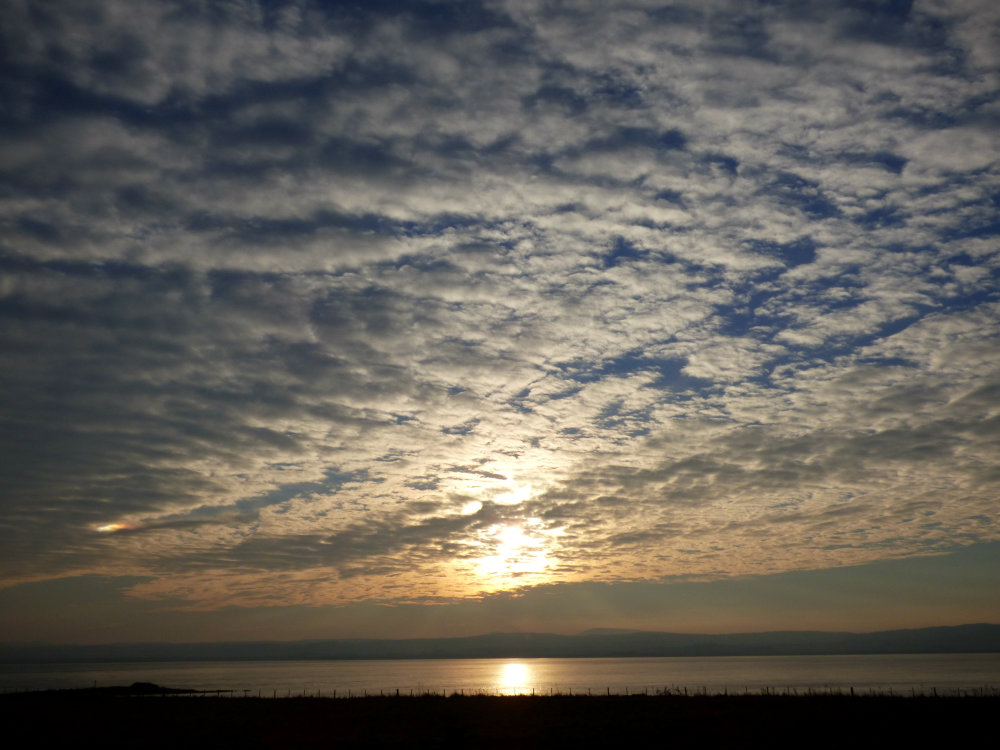 Winter on Holy Island, it seems, is silent save for the song of the waves and the cry of the gull. The visitors had left; the locals all seemed to be indoors. It was as if we shared the island only with the birds. Which meant, of course, that we were hugely outnumbered. 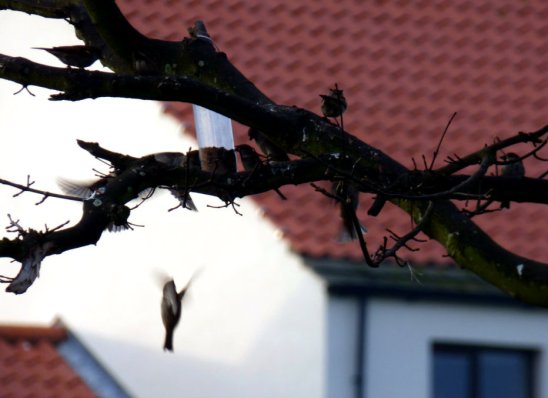 They were everywhere. Another robin, blackbirds and gulls… doves and sparrows. A posse of chickens ahead of us on the path… and we had the kestrels. And that was without the mallards, the lapwings and the heron caught on camera sneaking along the line of a fence. He obviously thought he was in stealth mode… 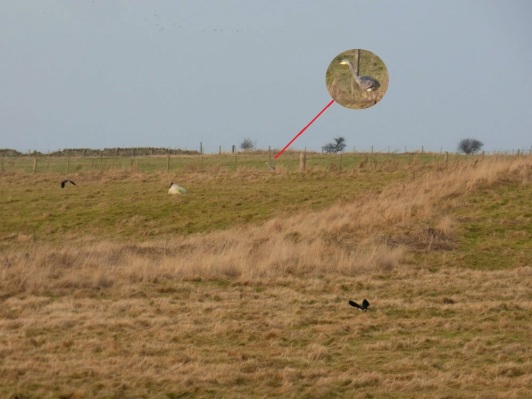 The place is a paradise for birdwatchers… and seals are common here too. But the fading light made it impossible to see if the movement in the waves were shadows or these creatures of the deep, and we felt that rather than watching the birds, they were watching us. We seemed to be constantly accompanied by feathered sentinels, and we went where they led and saw what they guided our gaze to see. 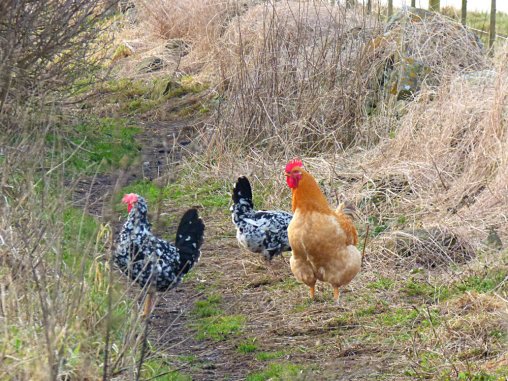 There was, for a little while, no other way to be. The waves had closed around Holy Island and a silence unknown on the mainland descended. We walked back to the pilgrim’s path and saw how the sea had taken both it and the road. It is a strange feeling, knowing there is no way back, even when it is only for a few hours. It is one I could get used to. 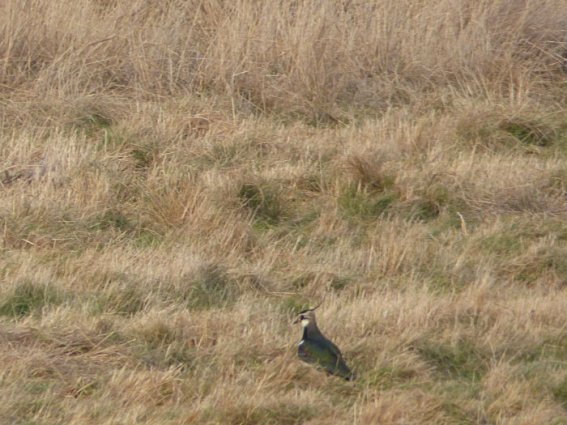 “I want to live on an island…”
“You already do…” Well, yes, I know… but here I could walk from shore to shore in an hour at the pace of the sheep. It is easy to see why it had become a place of spiritual retreat very early in its history. 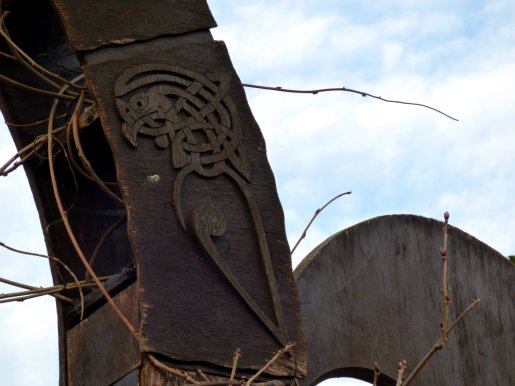 St Aidan was sent from Iona, the heart of Christianity in the north at that time, to found a small monastery on Lindisfarne around 634AD on land granted to him by King Oswald of Northumbria. He was succeeded as abbot on his death in 651 by Finan, and it was he who baptised Paeda, son of Penda, the last pagan king of Mercia thus bringing Christianity to the heart of the land. 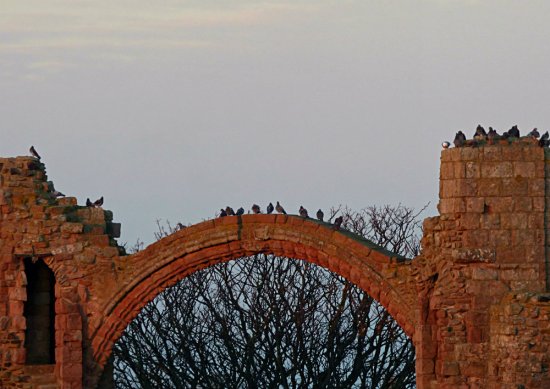 The monastery later passed to the care of St Cuthbert. He was born into a noble family around 634AD. Many stories of miracles grew around his life, giving him the title of Wonder Worker of Britain amongst the common people. He was known for his kindness and generous heart. He chose to live an ascetic life and withdrew from the world when he could to live in solitude. 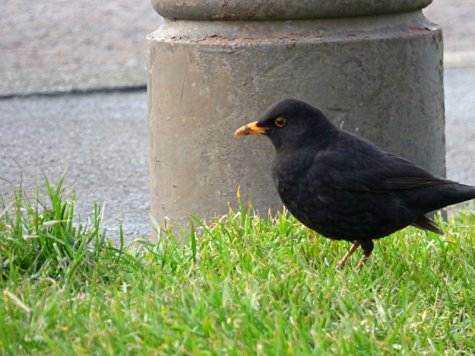 Just below where we would stand to watch the sunset is St Cuthbert’s Isle… a tiny rocky outcrop little bigger than a modern house. The remains of a chapel and the circular earthwork that may have been his home still stand in the shadow of a simple cross. 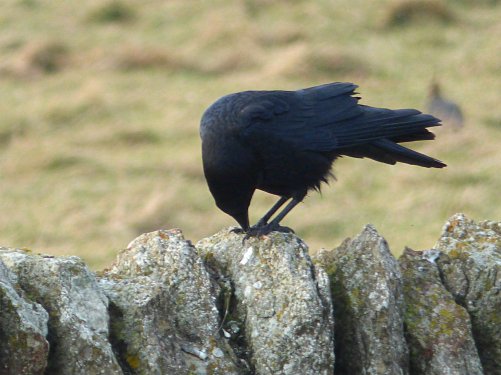 Strangely enough, St Cuthbert who had been born in the Borders through which we had driven, had also built a small hermitage in what is now St Andrews… where we had been the day before… and a shrine was raised to house his remains in Durham Cathedral. Although we didn’t yet know it, we would pay our respects there the next day. 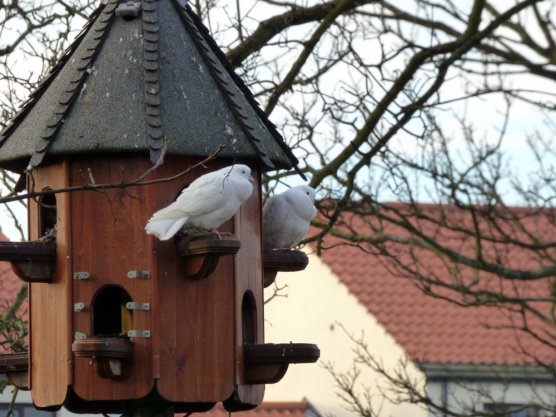 We watched the sea hold the island in its embrace and walked quietly to the little church that sits in the shadow of the ruined Priory. There is something about the place, when the sea opens and closes the doors to the world that invites quiet contemplation. We could feel why it was a perfect site for a monastery and why those who came as pilgrims long ago still came today. Even if their Path is not identical to our own, there is a kinship and when there is nothing but the wind, the waves and the vault of the sky, divinity seems very close and touches the heart with its presence. 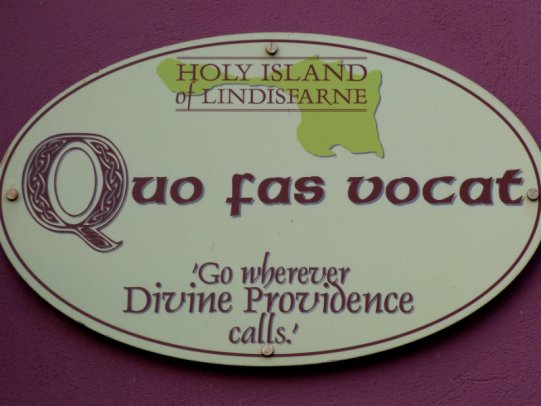 6 thoughts on “Discovering Albion – day 8: A Tide of Silence”