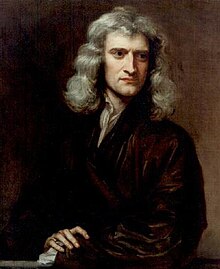 ‘Newton was not the first of the age of reason. He was the last of the Sumerians…

as those who began to build our intellectual inheritance ten thousand years ago.’

Isaac Newton was born on Christmas day, 1642. At first his genius seemed more mechanical than intellectual. He constructed waterworks, windmills, kites and sundials, but nurtured by the King’s School at Grantham his intellectual prowess and prodigious powers of concentration gradually became apparent. A maternal uncle intervened and had him prepared for Cambridge, to which seat of learning, young Isaac went up in 1661.

Stimulated by the Cartesian ferment in physics, philosophy and mathematics, by Kepler’s optics and laws of planetary motion, and by Galileo’s mechanics, the young Newton soon tackled and solved many of the physical and mathematical questions of his contemporaries. In January 1665 Newton took his Bachelor of Arts Degree but in the summer of that year he was compelled to retire to his home at Woolsthorpe as the University was closed due to an outbreak of the plague. It did not reopen again until 1667 but rather than hinder Newton’s progress, this enforced confinement at his mother’s manor proved to be his making. During this time he invented calculus, discovered that white light comprised all the colours of the spectrum, and found out a mathematical law for gravity.

Rather than trumpet these discoveries in 1667 he returned to Cambridge, quietly proceeded to his Master of Arts, was elected to a College Fellowship and settled down. In 1672 Newton disclosed some of his optical discoveries to the Royal Society and was immediately elected a Fellow of that illustrious company but it was not until 1684 that the full extent of his gravitational studies came to light. At the insistence of Edmund Halley, Newton returned to his proofs for the planetary motions and worked them up into a volume that eventually became his masterwork, The Mathematical Principles of Natural Philosophy. Now, commonly referred to as, The Principles, this work is, by some, still held to be the greatest work of science ever published.

Newton’s life of retiring scholarsip ended in 1696 with his appointment to Warden of the Mint. He had already been engaged in the re-organisation of the nation’s finances, establishing the Bank of England and founding the national debt to finance international wars. In 1699 he was promoted to Master of the Mint which post he held until his death.

Honours accumulated for the ageing Newton. In 1703 he became President of the Royal Society and he was knighted in 1705.

The Newtonian world-view, developed almost wholly on the basis of his success in mathematics and the physical sciences is apt to confuse and occlude. His studies in astronomy and optics occupied only a small portion of his time. Most of his great powers were poured out upon church history, theology, the chronology of ancient kingdoms, prophecy, and alchemy.

‘Why do I call him a magician? Because he looked on the universe as a riddle,

a secret that could be read, a cryptogram set by the Almighty…’

All hail the Noble Company,

Whose ardent practise does them teach,

To veil their secrets in ‘misty speech’.

It may please you, dialecticians

To hear my protestations

For that practise which I have seen,

A hunting of the Lion Green.

Whose colour doubtless is not so,

And surely that, your wisdoms know,

For no man lives that has ever seen,

Upon four feet a lion the colour green.

Green he is called for his unripeness,

And yet so quickly can he run,

To soon outstrip the sun…

It brings to him more perfection,

Than ever he had by nature’s direction. 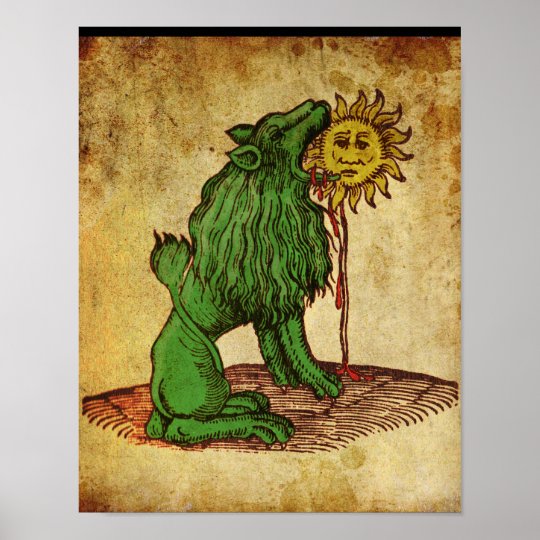 1 thought on “The Alchemists: Isaac Newton…”