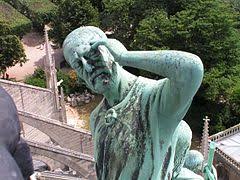 Architect in the guise of Thomas-the-Apostle.

If our Alchemist was pulling his beard,

it would be because he and the grotesques surrounding him

on the tower balustrades of Notre-Dame, Paris,

were not actually mediaeval statuary at all,

Charged with the task of renovation, in eighteen-hundred-and-forty-four,

Eugene Viollet-le-Duc, found only the stumps

of claws and talons on the tower corners

but with the help of a body of stonemasons

he set about re-envisioning the cathedral’s mediaeval past…

They did a pretty good job!

If our Alchemist was tugging at his beard,

it was doubtless because

he was not an alchemist at all,

but the wandering jew, Ahaservus,

as some have made claim, doomed to wander

the annals of time forever in search of his messiah…

But, well, really, our ‘Violet Duke’

had put enough occult blinds in his work

to obscure the Christ Spirit itself,

though that was far from his intent…

And if our Alchemist was stroking his beard?

If he was stroking his beard he too would be

contemplating the prospect of statuary which

had been spread out before him but apparently

just out of both reach and gaze of scrutiny. 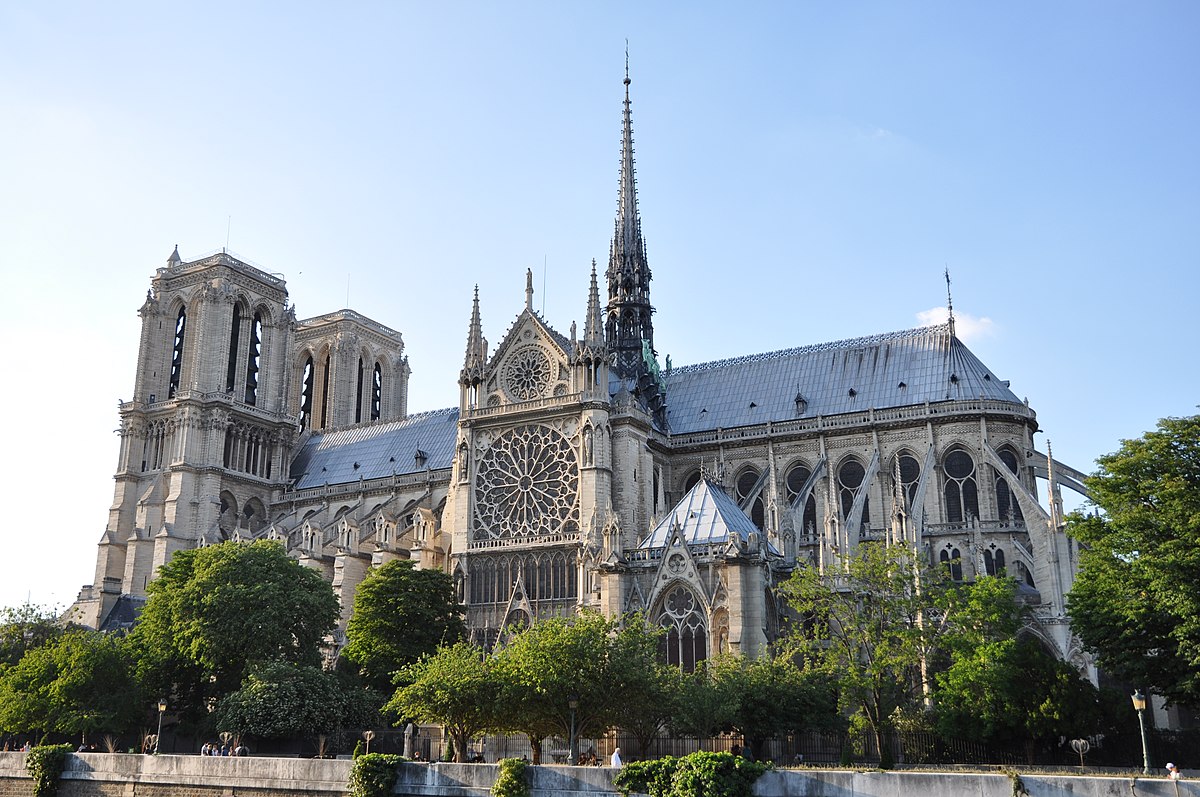 The restoration undertaken by Viollet-le-Duc

included a reconstruction of the cathedral’s central spire

which had been dismantled in seventeen-hundred-and-ninety-two,

and repair of the angelic horn-blower which topped the apex of the nave.

The spire he made octagonal and along four of its edges,

of the Evangelists, and the Twelve Apostles.

Instead of Judas Iscariot, though, he included a self-portrait,

in the guise of Thomas-the-Apostle.

Unlike all the other figures who faced outwards

and looked far and wide to the horizons of Paris

Viollet-le-Duc faced the spire and looked up to the heavens.

Except, he appeared to have his eyes closed,

and raised an uncertain hand to his forehead in a gesture of concern.

Was he straining to hear something indistinct from above?

Had he just been struck by an omission of extreme importance?

Or was this merely Thomas-the-Apostle in the throes of his doubt?