We followed the signs for Dunvegan Castle, ancestral home of the Clan MacCleod. Even if we wanted to wander a managed castle, we knew it would be long closed by the time we got there, so instead we found ourselves a parking spot overlooking the calm waters of Loch Dunvegan and raided the cooler for our newly acquired sandwiches, yoghurt and honey.

We did drive down to the castle, hoping for a glimpse of medieval splendour, but the place was obscured by trees. Built on a promontory that looks over the loch, Dunvegan has probably been a fortress since the Norsemen settled here. There is no trace of ancient habitation now, though, for the site was chosen by the MacCleods to be their principal seat in the thirteenth century and the castle has evolved since that time.

The Clan descended from Leod, about whom little is known except that he lived from around 1200 to 1280 and was buried on Iona. The traditional story says he was a son of Olaf the Black, a Norse sea-king who ruled the Isle of Man and parts of the Hebrides. Another strand of the story suggests that his royalty came through the female line, via Helga of the Beautiful Hair. Be that as it may, two of Leod’s sons founded the twin branches of the Clan MacCleod that still exist… Tormod, from whom the MacLeods of Harris and Dunvegan are descended and Torquil, the source of the Lewis branch of the family tree. 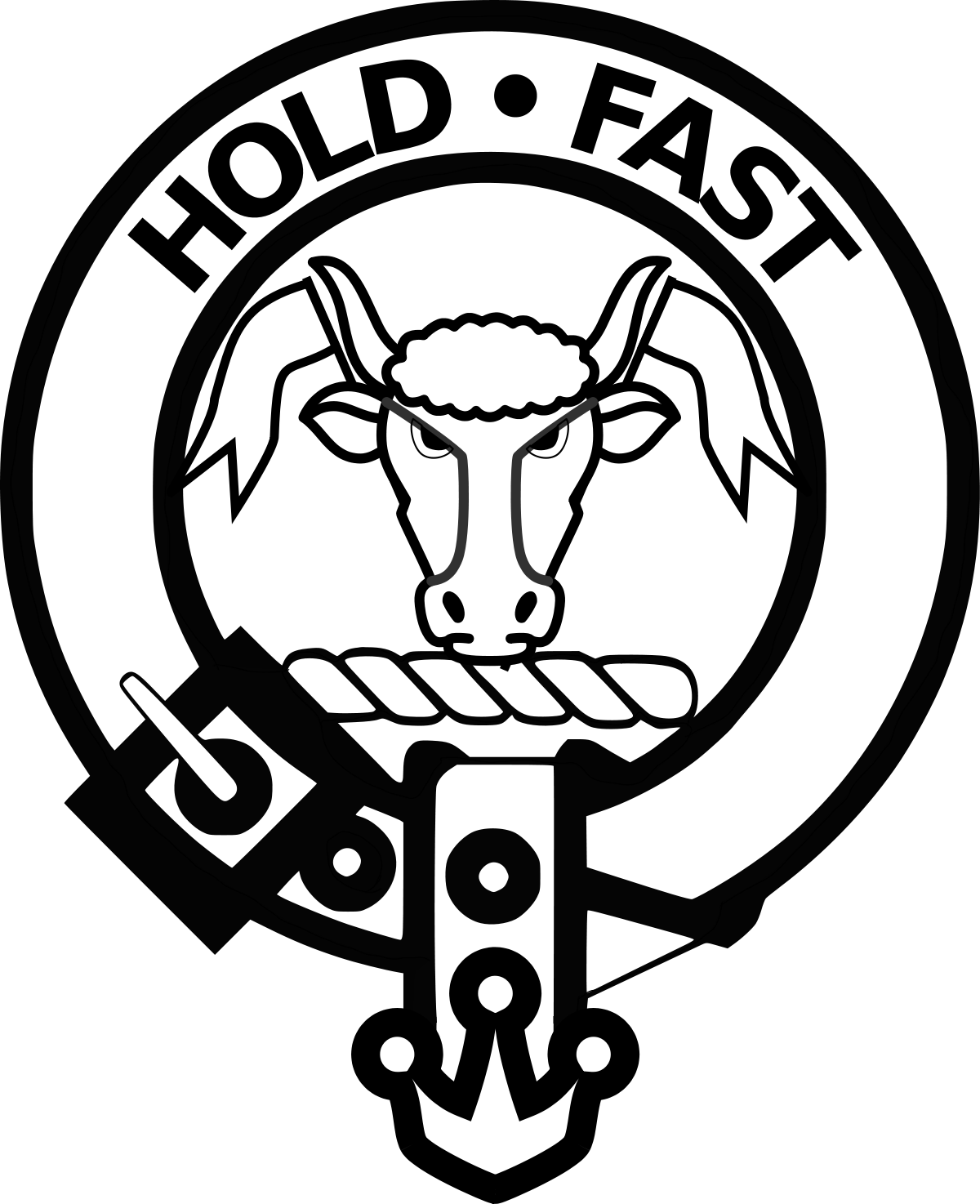 One of the things we had noticed on Skye were the fences. They seemed to be saying, ‘this far and no further’ to anyone wanting to explore. It wasn’t just the fences either, there was a lack of helpful information… like signposts… and a closing off of tourists from the life of the island. That is understandable when you consider that it is a working island, not a pretty picture, but it gave an odd feel to the place… not unwelcoming, but guarded. We laid that at the door of the MacCleods, who still own much of the land and whose influence is still strong. Perhaps it has something to do with their motto, ‘Hold Fast’, that sprang from when Malcolm MacLeod, the third chieftain, wrestled a wild bull encountered in Glenelg in the fourteenth century.

The castle itself is magnificent. Begun when the promontory was enclosed within a curtain wall in the thirteenth century, successive buildings have been added and, in the nineteenth century, the design was homogenised, creating the archetypical medieval castle. It has been the home of the same family for eight hundred years and you can feel its influence right across Skye.

We don’t tend to go in for visiting castles all that much as most of them were built a few thousand years after the time that really interests us, but, like the churches, their influence upon a land and its people cannot be denied or ignored. On the other hand, there was something within Dunvegan’s walls that I would have liked to have seen… the Fairy Flag, which, along with the ancient Dunvegan Cup and Sir Rory Mor’s drinking horn, which all chieftains must drain to prove their worth, are treasures of the MacCleods.

According to the tests run by the Victoria & Albert Museum in London, the silk of the Fairy Flag, scattered with ‘elf dots’, originated in Syria or Rhodes in the fourth century. It was, they suggested, brought back from the Crusades by Harold Hardrada… the same King Harold famously killed at the Battle of Hastings in 1066 and an early forebear of the Clan MacCleod. When the twenty-seventh chieftain was told of this, he simply said that he knew otherwise… the Flag had been given to his family by the faeries.

There are a number of stories about how the Flag came to be given to the Clan. One says that, on his way back from the Crusades in the Holy Land, the MacLeod met a hermit who warned him of a spirit that guarded a dangerous pass through the hills. The spirit was Nein a Phaipen… Daughter of Thunder… and, with the aid of a fragment of the Cross, MacCleod was able to subdue her. In exchange for secrets she wished to know, she gave him her girdle with which to make a banner that would protect the clan three times when it was unfurled.

Another tale tells how a MacCleod married a faery who could only stay with him for twenty years. The Flag was her parting gift, given at the Fairy Bridge near Dunvegan. Once again, the Flag would protect the Clan three times… though on the third, both the Flag and its bearer would disappear.

Later stories tell of a faery wrapping an infant chieftain in the Flag, or of a faery lullaby sung to quiet the child. Whatever the truth of the stories, the Flag was unfurled twice in battle, leading to unexpected victory. Whether or not it has been unfurled a third time is a subject of debate. We were not to see the legendary banner on this trip, but we had spotted a couple of things in Dunvegan we did want to get a closer look at….

1 thought on “Dreaming Stones: Dunvegan and the Fairy Flag”