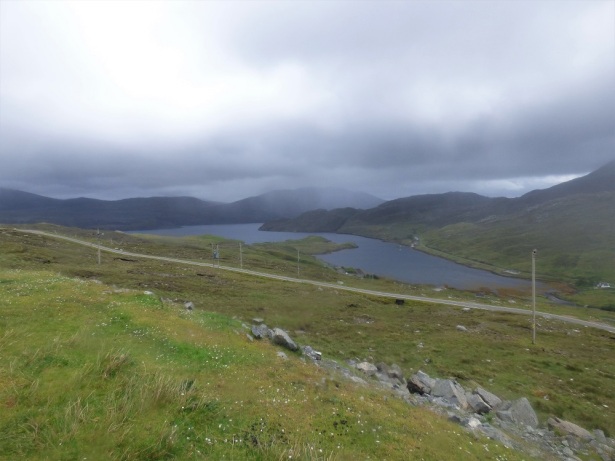 Our first job on disembarking was to look for an air pump for the ever-deflating tyre that had caused us so much trouble that morning. Granted, it looked fine, but as the pump we had used was dodgy and the gauge even dodgier, I really wanted to check the pressure to be safe.

No luck in Tarbert, the tiny ferry port. Fuel we would be okay for, at least for a while. The drive to Callanish was only about forty miles and we would not be far from Stornaway, where well over half the twenty thousand residents of the island live… there was bound to be somewhere to fill up. 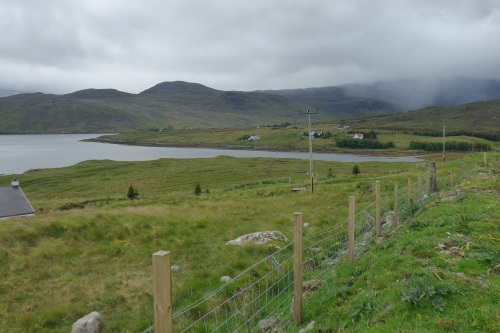 So off we went, taking the A859 northwards, from the Isle of Harris to the Isle of Lewis… which, oddly, are both the same landmass. They are not even divided at the obvious isthmus near Tarbert, where only the narrowest strip of land holds the two together, but further north. 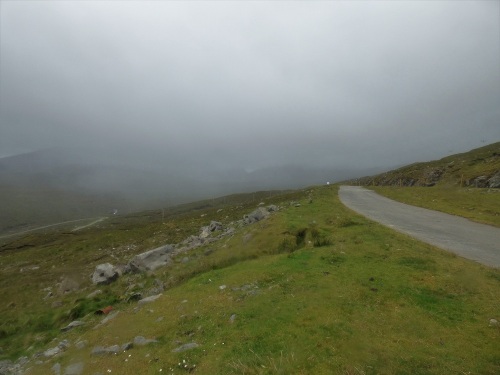 I haven’t been able to find out exactly why the Long Island has two names, though it probably has something to do with the two branches of the Clan MacCleod who hold it, though it is home to Clan Morrison too. What we weren’t expecting was the distinctly different character of the two parts of the island. 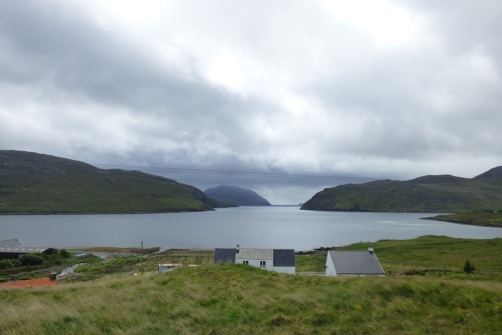 We were driving… there was little opportunity to stop and take photographs on the narrow, often tortuous roads through Harris, which was a crying shame as it is incredibly beautiful. High, cloud-wreathed hills encircle deep, clear lochs. It is wild, rugged and simply awesome in the true sense of the word. It was enough just to be there, drink in the utterly amazing landscape and let it heal the soul. 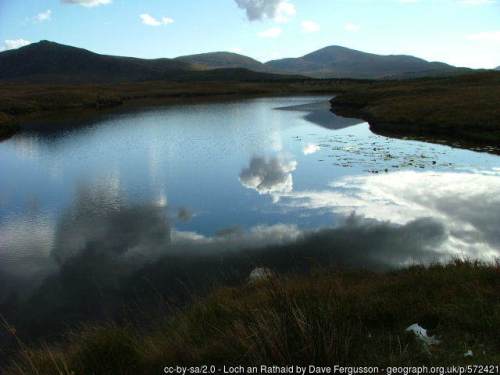 There were hills… many of them climbing to over a thousand feet. An Cliseam, the tallest, is over two and a half thousand feet… and, reflected in the clarity of the lochs, the sense of scale is only enhanced. There were waterfalls tumbling by the roadside or down distant slopes, wildflowers everywhere and you could see that when the heather is in bloom, the island would be purple. 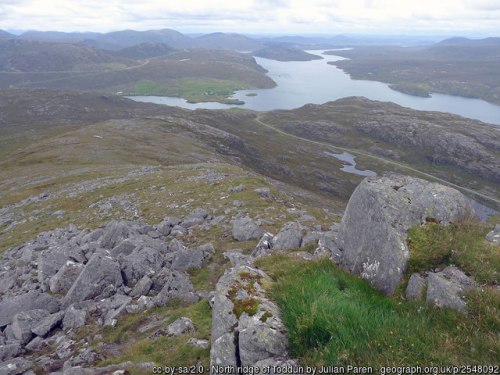 Not that colour was missing… rhododendrons have colonised many places and whole islands in the lochs wore the distinctive pink of their flowers. The only things missing were trees, which are scarce and usually deliberately planted as windbreaks for the crops of crofters or in gardens. 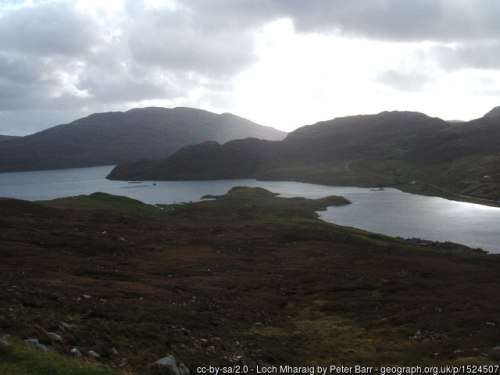 There were once forests on the island, but many trees were felled by the Vikings to deny the islanders the chance to build ships. More were cleared to make way for grazing land in later centuries and few native trees remain. That, though, is about to change, as a project is underway to plant a hundred thousand native trees. Rowan, aspen, birch, willow, hazel and juniper are all native to the island and adapted to its often-harsh conditions, so seeds from surviving trees are being grown and planted to re-forest parts of the land. 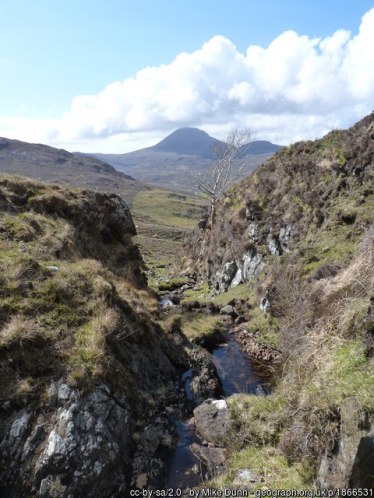 The landscape might not be to everyone’s taste. If you love rolling hills and green fields, the wild majesty of Harris is not for you, nor is the flat, heather-covered peat-land of much of Lewis. But if, like me, wild, rugged majesty feels like home, then like me, you would be in heaven. 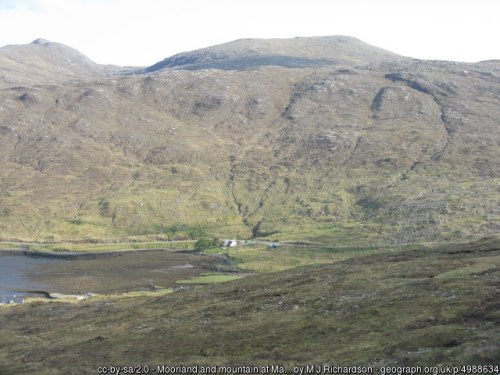 I was missing my morning coffee… I hadn’t dared risk one on the ferry and we’d seen nowhere since. We had replenished our supplies though and had stopped for second breakfast above one of the lochs. But we were also getting very tired. I had already driven well over a thousand miles including the workshop weekend, and after the drama of the morning and a night of magical, but limited sleep in the car, I was flagging. We turned onto the A858 towards our destination and the long straight road did for me completely. 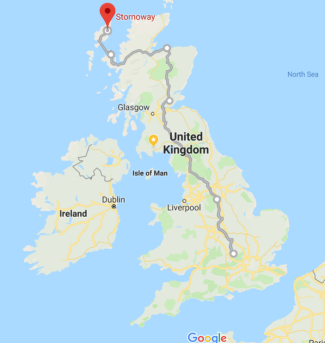 To be honest, I think there was more to it than that. For want of a better word, I’d have to call it ‘psychic fatigue’. There had been so much going on, so many emotions and responses to the land, let alone the work of the workshop itself, it was hardly surprising that we were so tired. With just five miles to go, I could safely drive no further. I daren’t even find a proper layby, just pulled into what was little more than a scrape at the roadside and, within a couple of minutes, we were asleep and dreaming.