We had returned to the stones of Callanish for a second attempt at getting the feel of a place of which we had a little knowledge but no real understanding. Facts are not enough, you have to walk the land before you can begin to know it.

We knew, for example, that there are astronomical alignments at Callanish. And, for once, we did actually know that… it was not some weird theory thrown out by folk whose perception of reality seems skewed when seen through other eyes. At Callanish, Castlerigg and other stone circles throughout the realm, scientists are now able to offer incontrovertible proof that such alignments were part of the original design. 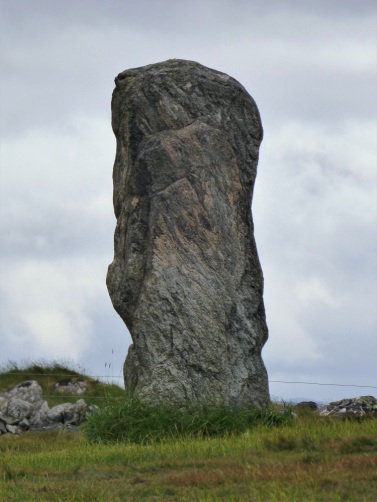 The University of Adelaide, bless them, decided to put the theories to the test and, through the use of statistical analysis, 3D imaging and a host of other modern and acceptably scientific methods, were able to determine that… as we and the rest of the ‘lunatic fringe’ have always maintained… the stones themselves stand in relationship with the sun, moon and stars, with their movements in the heavens, and with the topography of the surrounding landscape.

At Callanish, for example, just one of the astronomical events associated with the site is enough to illustrate the scale upon which the Old Ones worked. The moon at its major standstill, which only happens every 18.61 years, seems to rise and set from behind the distant hills, caressing the form of a gravid goddess. She is known as Sleeping Beauty, which seemed an odd coincidence given the theme we had chosen for our next ritual workshop. 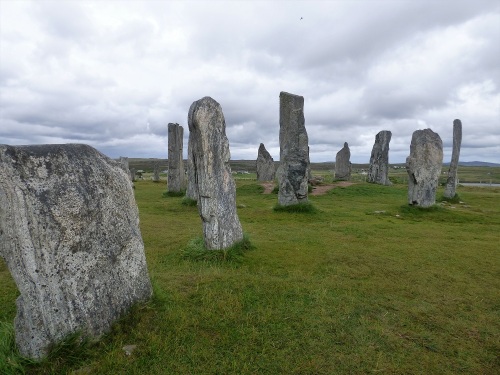 Her other name is The Old Woman of the Moors, which in Gaelic is Cailleach na Mointeach… and we had encountered the Cailleach several times over the preceding few days, both during and after the workshop in the Highlands and on the Isle of Skye. 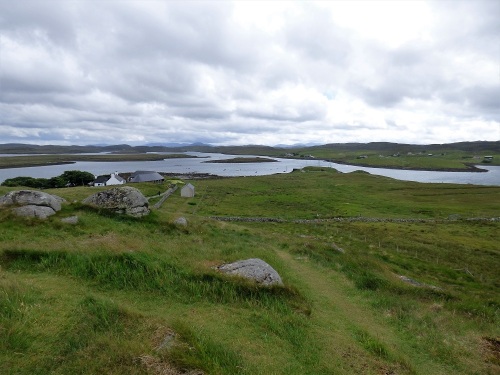 As the moon travels across the form of the sleeping Cailleach, anyone standing on the hillock where we had been sitting to ponder its significance, will be silhouetted against, and appear to emerge from, the full moon… which would have been an impressive and magical sight.

Who were these people, five thousand years ago, who had the knowledge, vision and skill to work on such a vast scale, not only on these islands but across the lands of Albion? We still, even knowing better from the archaeological record, tend to think of them as ‘primitive’ and yet, we have seen too many similarities in the ancient sites across the land to believe that each small community was building its temples in isolation.

Not only the forms of the monuments, their alignments and connections, but even the shapes of the stones, from the lozenge to the ‘hammer’, from the cowled figures to the cattle and horse heads, are repeated hundreds of miles apart. 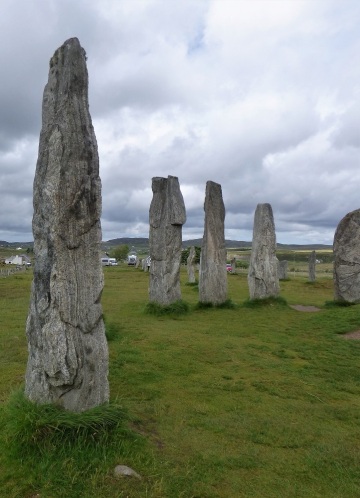 One local folk tale says that a Priest-King came to the island with many ships carrying priests and ‘black men’… which may mean dark skinned or just dark haired and tanned, in contrast to the Viking heritage of the isle. The priests wore robes of fur and feathers and the Priest-King wore a white robe and a collar of mallard feathers. He was accompanied everywhere by wrens flying around him. The tale says that it was the ‘black men’ who erected the stones at his direction. 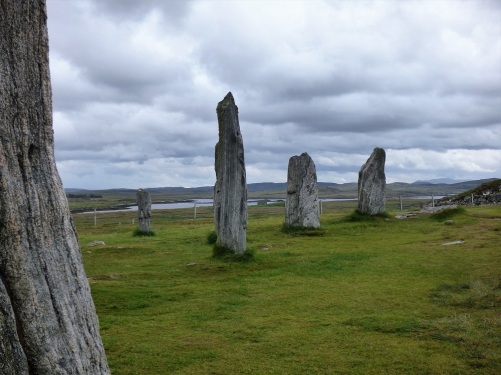 Another tale speaks of the giants who held council at the place where the stones now stand, but were turned to stone by St Kiaran when they refused a Christian baptism… a tale told in many forms about many of the stones associated with the old worship. It is also held locally that there are certain families on the island who are held in respect as ‘belonging to the stones’. For them, the mists that veil the stones’ secrets part.

As we explored and dodged the parties of sightseers, I noticed one man, probably in his thirties or early forties, and wearing a blue jacket. He seemed out of place and walked apart from his coach party, although it later seemed he was travelling with an elderly gentleman who had that see-through look of one who may not have much time left. I felt this was a last trip together for father and son. 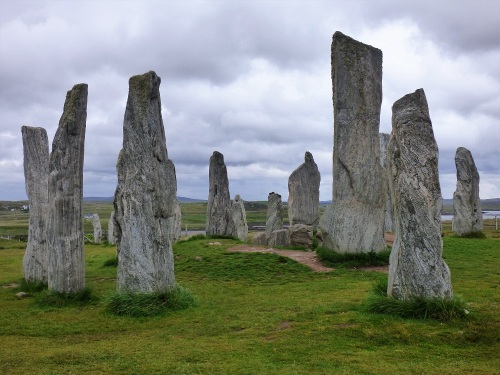 The young man kept watching us and I felt drawn to him. I had the feeling that he would have liked more time and space to find a deeper connection with the site, but the coach would probably give them no more than half an hour at best. I kept expecting him to smile or speak, to make contact somehow. And, sure enough, he did, though in the least direct way…

As I stood in the centre of the circle, he was by the tallest stone. The elderly gentleman wandered over with a phone, passed it to the young man and asked him to take a picture of him standing by the stones. As he showed him the image, the young man said, in a voice loud enough to reach me and no-one else, “I wish there was someone who would take one of the two of us together…” I smiled and walked over, meeting his eyes and holding out my hand for the camera.

It was a very small thing… the kind of thing you would do for anyone if asked… but the smile that lit up his face got to me somehow. When, a few minutes later, Stuart sat by the stone and began to chant, the young man in the blue jacket walked to a spot outside the circle, watching and listening.

The chant fell curiously flat. The resonance that usually characterises Stuart’s voice when we experiment with sound was missing. We had experienced something similar once before on Anglesey at a site we named ‘the Chanteater’… a place so starved that it seemed to swallow sound as blotting paper takes up water. Then, I had put my hands to the stone in support. Here, I stood within the central tomb, the place of the Ancestors, with arms outstretched.

We wondered about that, later. How could a site so visited be so starved of energy? Partly, perhaps, because the ‘new’ Christian faith, when it had arrived in the isles, had condemned the stones and their veneration for centuries. And perhaps partly because so many who visit the stones come only to look at them… as ‘sights’ not sacred sites.

But that came later… it seemed that we had work to do. At such moments, it doesn’t matter if there is anyone around, or what they think, there is no self-consciousness at all. You are feeling your way. Working… serving at an unknown altar. All I could see was Stuart before me and, between the stones, the man in the blue jacket, seated cross-legged on the grass and with us.

He was called away a few moments after we had done… back to his coach and eventually back to America, to judge by his accent, leaving behind the knowledge of a shared and silent service, and the knowledge that we are unlikely to cross paths again… I really should carry my card…

Strange meetings, coincidences… synchronicities… they happen at these ancient sites. Some moments take a place in memory out of all proportion to the outward event, and leave their mark on your heart. It is of such fleeting moments that magic is made. 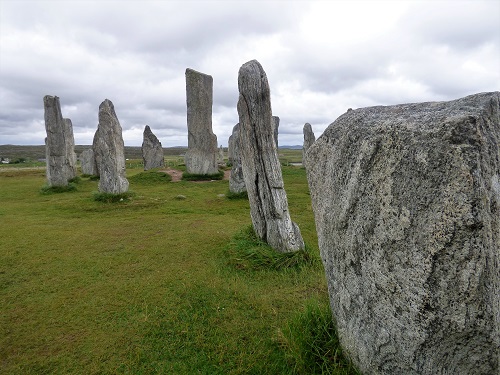