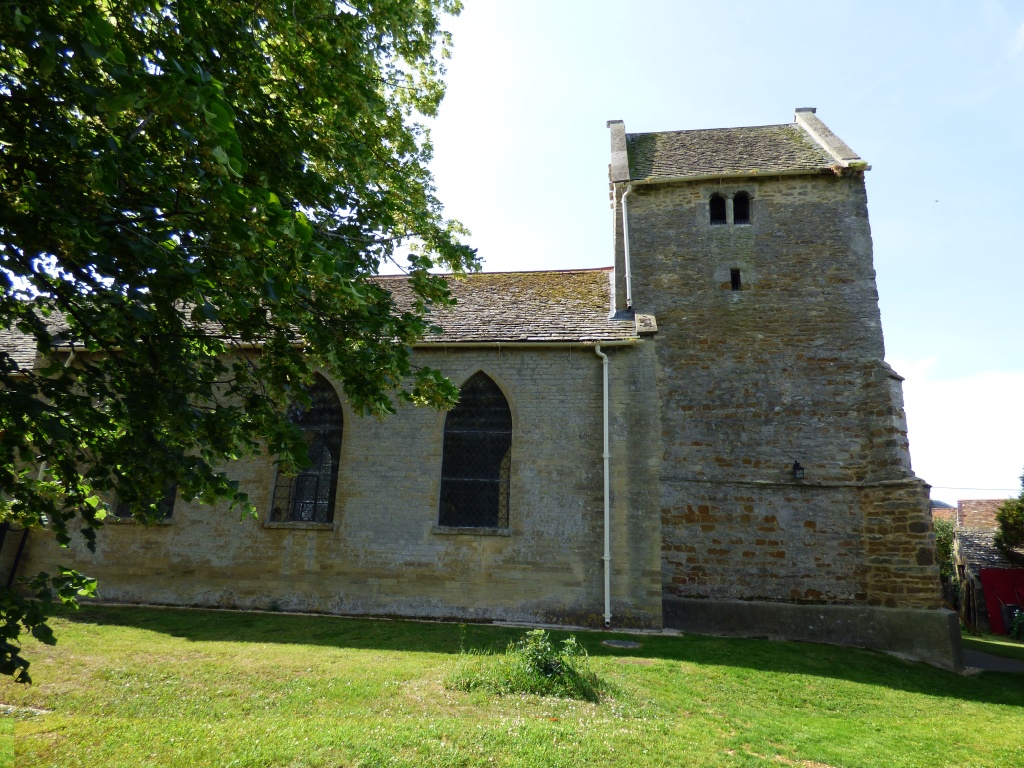 I’d had about enough of the Monday morning traffic on the motorway by the time I reached junction ten after three hours driving. The next was mine, but it always seems to be both an interminable drag and choked with traffic. But maybe that is just my perception. Should I, I pondered, stay on the motorway or exit here and take the slightly slower, much prettier back roads? A buzzard swooped low, right over the motorway, right in front of the car… it had been a morning for buzzards. First the crow that had flown up from its breakfast, heading for the hedgerow but turning mid flight to aim itself straight at the car. Then the buzzard that lifted from the rock near Barbrook, flying alongside me for a moment and meeting my eye. Then the ones high over Arbor Low, and finally, the two on the lampposts… I thought, under the circumstances, I would take the hint. I left the motorway, heading towards the villages. 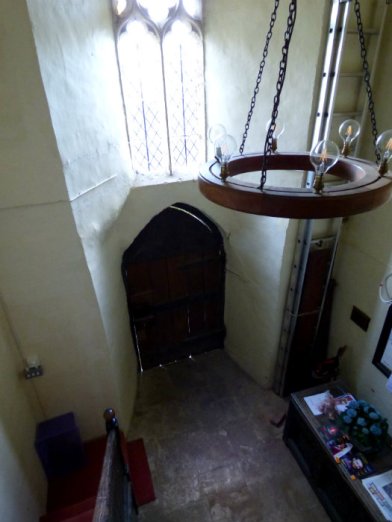 I was stiff and tired. I wasn’t going home, but straight to work. I probably ought to stop and stretch my legs… and lo and behold, there was a sign for ‘historic church’. I pulled over. I have passed this way many times and never noticed the little church tucked away behind the trees. Yet, the sign wasn’t pointing at this one, but down a lane through the village. Still, I was here, and the tower of St Anne’s at Ardley was obviously elderly…

Norman… you could tell as you got closer. I tried the door, unusually situated in the base of the tower… and even this early in the morning, I was in luck. Inside, the 14th C additions masked the thousand year old stonework and a dark stair climbed arthritically up to the organ loft. Opening the inner door, I had to smile. A very simple, country church, with evidence of its whole history on view. 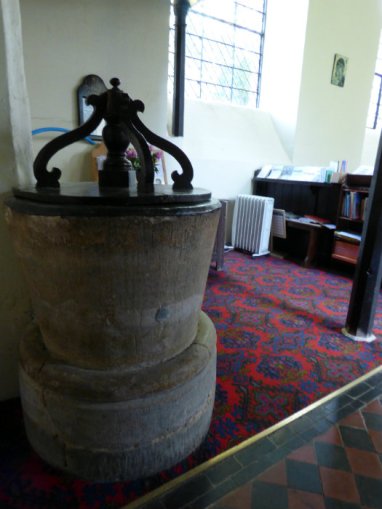 The font was the first thing you saw, also at least Norman and possibly Saxon, so even earlier. Covered with Jacobean wood and lead lined, there is still the fitting for the padlock that served to prevent the theft of holy water for nefarious purposes… And beyond it a faded icon, identical to one I have in my bedroom where she is the first thing I see.

The soft light was being kind to the building. Victorian renovations had overlaid the older structure with more orderly lines. There was little stained glass, except some borders in the chancel, and one rather beautiful and very modern addition. The structure itself was curious though… and a look into the chancel revealed why. The floor had been raised, apparently in the 1700s, altering the proportions… the piscina and credence shelf were way too low and the Easter Sepulchre niche almost at floor level. 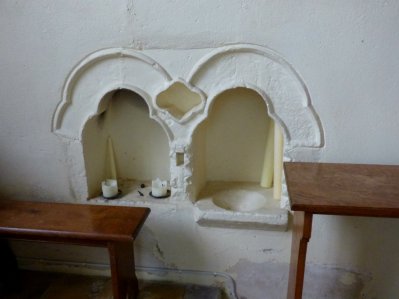 A bit of research showed this to have been done when the remains of the family members of the Duchess of Marlborough were removed to Blenheim Palace and the nave rebuilt. Twenty inches down, they had found the old Norman slabs of the original stone floor… before that the church would probably have been a wooden construction. Across the step up to the altar, the words ‘approach with faith’ are cut into the stone.

1 thought on “Sidetracked by signs…”