Skip to content
October 18, 2021October 9, 2021 Stuart France
Dear Wen, There is no good reason why straight line thinking should be in charge, it is not only vacuum’s that nature abhors, and as anyone who served in the Roman (Acch phut!) Army will attest, marching in straight lines is very, very boring… 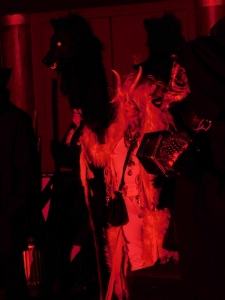 I don’t think it was a ‘time -slip’ either. It was more akin to the post Leaf and Flame ‘shin-dig’. Another curious event. I suppose everyone seemed younger that night, although, I particularly remember Andy but possibly only because we saw him again two weeks later and he had aged so dramatically, but no more so than when we finally met up with James, some six months or so later? I think it is a perception which is linked in some way to that of eternity, a beyond time state. We don’t know that these people ever really looked like this ‘in time’. It is though odd at Ilkley that it only seemed to be affecting our perception of James. Did we see anyone else after we’d seen what turned out to be the, we presume, ‘old’ but looking ‘young’ him? Or, maybe we were just seeing ‘essences’? Yes, the Loki Stone is a part of that set, which appears to give us another three. We could do with a reconstruction like Weland’s. Wolf innards I had not heard of. Intestines, presumably. Embroiled in base matter? Loki and Odin could easily be twins, there is enough emnity and linkage between them in the stories. ‘Guzzle’ and ‘Gorge’ was it? The wolves of Odin are ‘raised’ and this ‘raising’, somehow, opens the single eye of prophetic sight and utterance, but don’t ask me how? Why, ’tis true, that shapes do, shift over time… Being able to command that process at will, and at the ‘drop of a hat’, would be a little like becoming lucid in a dream, I expect, which is very much Weland’s ‘bag’.

Tsk tsk tsk, all this talk of hats and bags, we must be about to set off on one of our adventures… Tell the Daft Dog that no tongues are involved, and nor is there any cheese on offer. Whoever heard of a dog liking cheese? Or going on holiday? Love, Don x