Skip to content
October 27, 2021October 9, 2021 Stuart France
Dear Wen, …The soul of mankind for one… There are definitely nine Hydra heads on the vase. The practice of covering vessels with mythological motifs is an interesting one, and not something we do, or would ever think to do, nowadays. The discipline of remembering where we have come from, where we are, and where we are going to, has been all but lost. The Black and the Red! With watery flowers and air-sprung fruits at top and bottom. That particular vase may be the one used on the cover of the Robert Graves book. I really must treat myself to the tantalising tome. …The film has been described as, ‘black and white poetry.’ It is just that, and more. Almost every shot is remarkable. The most remarkable sequence of all, though, confirms to us that the character of Anna is meant to represent the human soul… 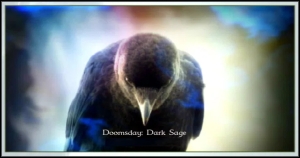 Yes, as moderns we are like the Magpie or Jackdaw, our eyes, and attention caught by the bright and shiny, by jewels, and the sheen of gold or silver. It holds our gaze like the Hydra its prey and then sucks the soul out of us. For, what is it to have something but to be enslaved by it, and what is it to give that thing away but to become free of it? Loss and gain, like all polarities, work differently on different levels of existence. …The military police turn up at Anna’s flat in the middle of the night to arrest her. When they arrive she is wearing night clothes so she goes to change. There is no edit in the film at this point. Anna simply walks into the vanishing point of the shot which is filled with the darkness of her room, and then re-emerges from it wearing her day clothes… The symbolic flame as cautery of experience is probably worth a post all to itself, and is also another form of cleansing. Cloacina is almost, but not quite, a cloak. A cloak of what form we may wonder? And so, inevitably, by round-a-bout routes, which some might wish to call ‘twisted’, we return to our vase. …During the time that Anna is gone from sight the arresting officers stand in silence looking sheepish and ashamed, as well they might. ‘Sorry about this, miss,’ says one of the brave men when she is finally ready to leave, ‘it’s protocol.’ ‘I don’t even know what protocol means,’ says Anna. ‘Neither do I, miss,’ says the policeman… Hmmm, but that would mean,

you have been snitching to the Slobbery Stench Hound Shame on you too if you have, Sort of hope you were splashed with mud… Love, Don x