Skip to content
October 28, 2021October 9, 2021 Stuart France
Dear Wen, Graves’s Greek Myths I am familiar with. It was one of my ‘bibles of old’. Many a happy hour has been spent chasing the reference notes through the leaves of that classic. He does have his biases, bless him, as do we all, but the discipline instilled all those years ago, may have been partly responsible for my minds penchant to traverse, shall we say, circuitous routes. In colour terms, we are only really lacking Green. Does the screenplay of our film being written by Greene count, I wonder? If anyone doubts the veracity of a psychological approach to the interpretation of this film we are bound to point out that both Freud and Jung lived and worked in Vienna, which could therefore be called the home of psychology. It is certainly the home of the psychoanalytic method. There are also a number of stills from the film which were used for promotion purposes which have been, ‘doctored’ to show, Holly and Anna casting Harry’s shadow. Check it out! ‘What can I do, I’m dead aren’t I?’ Gives a new perspective to the term carte blanche, perhaps. In the film, Harry, the ‘eternal child’ who even dresses in black, like a shadow, does get raised, or rather elevated. He takes a ride on the Big Wheel, but he does so at his own instigation, and not Holly’s. Holly has arranged to meet him there, simply to be out in the open, and safe! Has he worked out that Harry murdered the Porter and the Medical Orderly we wonder? Quite possibly. In the event, Holly almost gets shot and thrown out of the cabin of the wheel when it has reached its zenith. Only the fact that the police have dug up Harry’s coffin saves him… 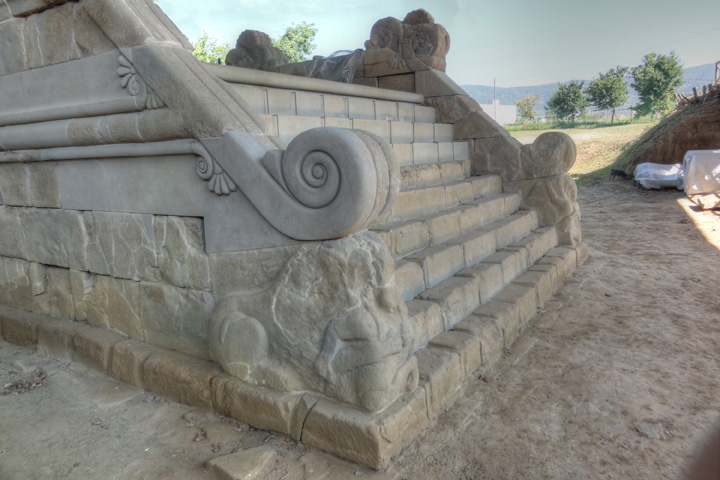 Well, as the Romans (Acch phut) habitually stole their Gods and Goddesses from the Greeks, gave them different names and tried to convince themselves that they had in fact invented them, I am wondering about the Greek original for Cloacina? Ah, she turns out to have been an Etruscan diety, and the Etruscans, were in mythological terms, heavily influenced by both the Phoenicians and the… Greeks! You begin to see the advantages of circuitous thinking, I trust? …In defence of his flagrant racketeering Harry compares himself to the state authorities. They have their five year plans and so does he. They refer to the proletariat, he to the mugs and suckers. It is hardly a convincing argument but recent events may have revealed it to have more truth than, perhaps, was previously thought. The film does possess a capacity to leave its mark, and that is in huge part down to the exquisitely poignant cinematography, and to the musical score. Could there ever have been a more effective marriage between tone, tune, and content? Harry departs the meeting with Holly, as he arrived, with a smile and a spring in his step, after delivering the infamous ‘cuckoo clock’ speech. There is something profoundly true in what he says and also something dangerously beguiling in the position that he appears to hold. But Holly is no longer having any of it…

Which reminds me, the Daft Dog is predominantly black too! Maybe we should audition him for the part of the Black Shade? He also flies… Love, Don x