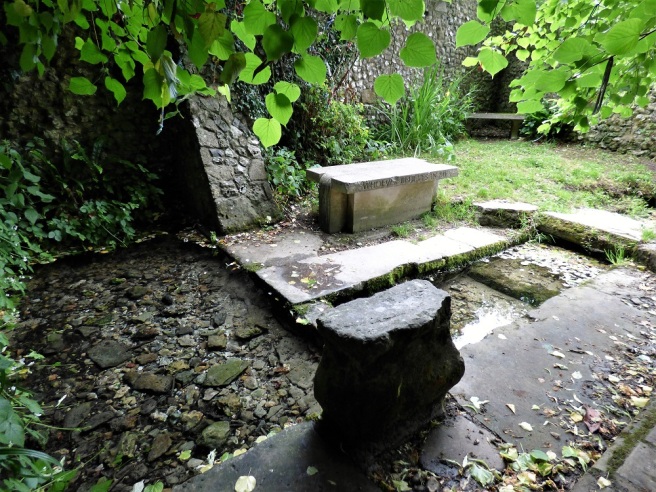 “There is an alchemy of fire and water going on within and without.”

It is early. The streets of the Dorset village of Cerne Abbas are quiet as we make our way through the hush of morning to a place of perfect peace. The churchyard attached to the old Abbey has been planted with a row of young yews, marrying Christian tradition and an older paradigm and carrying the past and the present into the future. Old stone bears carvings of angels and the abstract images of lichen and there is something very appropriate about walking through a place of the dead to a moment that marks a new beginning. 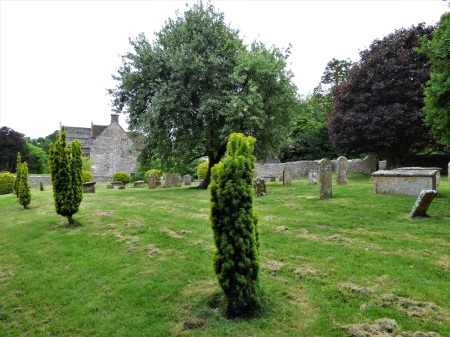 Our destination in a green temple… a grove through which a pure spring flows, sheltered by stone and with a colonnade of living trees arching overhead. These linden trees are known as the Twelve Apostle by locals. It is a place of miracles and magic, legend and folklore. Long held sacred and, to judge by the prayers, offerings and clooties that abound there, still held sacred to this day. 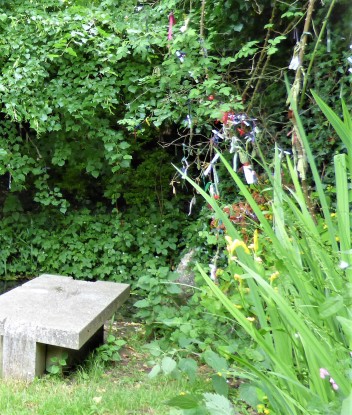 The Silver Well, also known as St Augustine’s Well, has its origins clothed in legend. One version states that St Augustine himself struck the ground with his staff to bring forth water for thirsty shepherds, crying, ‘Cerno El!’, which means ‘I see God!’ and for him the well was named, and a shrine built over it. Another says that a hermit paid silver to drink from the well. The hermit was the Celtic saint, Edwold, a member of the Mercian royal house, who lived with the birds and wild things, much like St Francis of Assisi. We would learn more of Edwold later that morning and eventually visit the chapel where he was finally laid to rest. 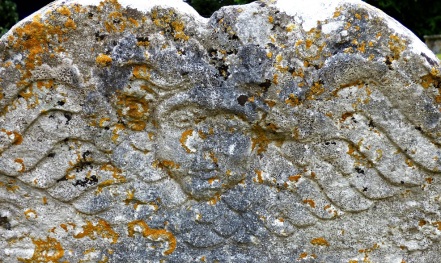 The little glade has a link to St Catherine too, and has a stone from her chapel which once stood on the hillside above. The stone, like another outside the church garden in the village, bears the symbol of a Catherine Wheel. Catherine, according to the Christian legend, was a pious virgin martyred for denouncing the pagan Emperor Maxentius. She is said to have converted many during her imprisonment, including the Emperor’s wife. Angels ministered to her and doves fed her during her torture, until the Emperor proposed marriage to her. She refused, having dedicated herself to Christ… so Maxentius ordered her to be tortured to death on a spiked wheel. The wheel shattered at her touch, so…as is frequently the case…she was beheaded. 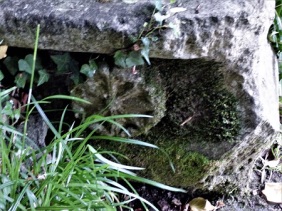 The story is not quite so simple, though, with modern scholars believing her legend to be a twisted version of the violent death of Hypatia, the mathematician, astronomer and philosopher of ancient Alexandria. The main alteration to the story being that it was Hypatia who was pagan and the Christians who literally tore her to pieces. 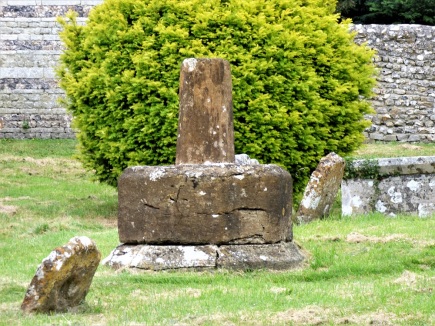 There may be an even older interpretation of her symbol as it is portrayed on the stone too. The eight-pointed wheel may refer to the pre-Christian celebrations of the Wheel of the Year, and there are many older fragments of folklore associated with this well. It has been credited with oracular powers, enabling those who look into its waters on Easter day will see the faces of those who will die within the year. At the opposite end of the journey, drinking from the well from a cup of laurel leaves or placing your hand on the ‘wishing stone’… the one with the Catherine Wheel… will allow maidens to find husbands, and wives to fall pregnant. And once the baby is born, it should be protected by dipping it into the well as the first rays of the sun shine on the waters. If that is not enough, it is also a healing well, that cures problems with the sight and many other ills. Vision, health and creation… all quite appropriate, in essence, for our purpose too. 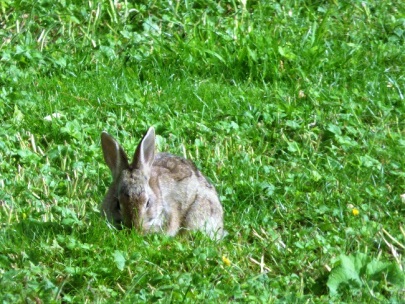 Many birds sing in the trees, a robin and a wren dart through the leaves, rabbits graze the green lawn and skitter just a little further away as we enter the shelter of the venerable trees. Later, at the close of day, two of us would return to savour the silence and watch the creatures who live there, delighting as, with no fear at all, a tiny shrew sought its supper around our feet and swam in the spring. It is a place that seems to welcome all. 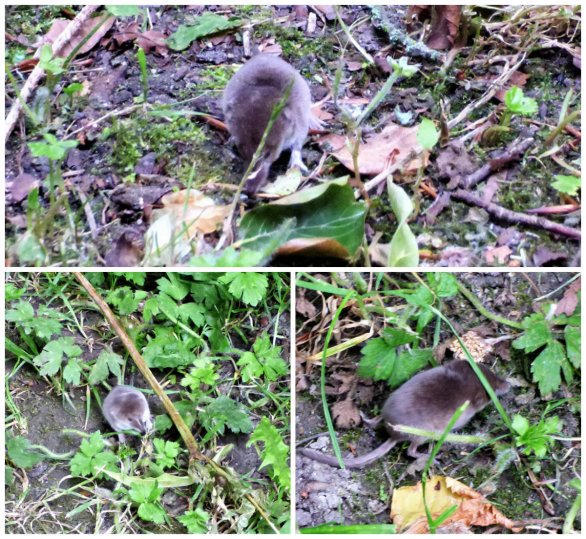 There is a small lawn with a stone bench and an altar, over which carved water flows. Separating the little lawn from the path is the crystal-clear stream. It emerges from the darkness beneath a stone and collects into a pool before continuing its journey unseen. The analogy of the underground stream and its emergence into clarity and light was perfect, as we were here to celebrate and ratify the Third Degree Initiation of one of the Companions of the Silent Eye. 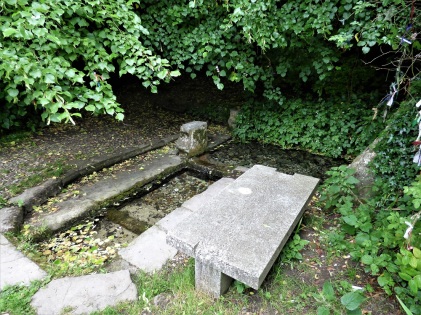 ‘To initiate’ means simply, ‘to cause (something) to begin’. The road to that inner state we call initiation begins long before we consciously set our feet upon that path… it is a lifetime’s journey. Within an organisation such as the Silent Eye, it is also a moment of completion, marking the end of one phase of life and study, and the beginning of another. For the initiate, who has watched and worked to emerge from the shadows of unknowing to this point of both completion and new beginning, it is a threshold, a point of transition… and for those who have walked with them a little way, it is a moment of joy and beauty. 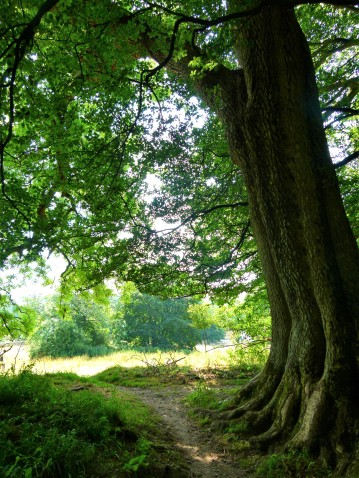 Initiation cannot be conferred by human hands. Not all who reach the Portal will pass the Threshold. Not all who knock will see that door held open to the Light. Initiation cannot be bought, nor can it be earned through effort. It is not a goal. It is a recognition of the soul, and a symbol of the contract between the Candidate and the Inner Light. It comes not as a reward, nor as a gift, but as a Grace. 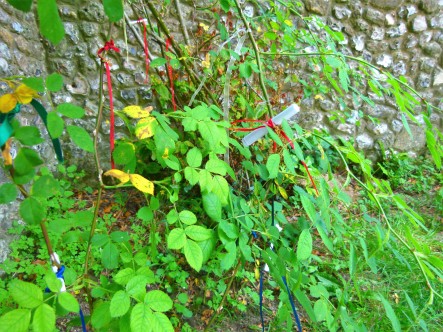 Barbara Walsh and Alethea Kehas had both arrived at this point of the journey at the same time, but while we celebrated Barbara’s passing of the threshold in April at our annual workshop, Alethea had not been with us. At the time, we were saddened, but she was able to fly over from America for the June workshop… and there could be no more fitting person to guide Alethea through the celebration than Barbara… and no more perfect setting than the Silver Well in which to celebrate Alethea’s new beginning.