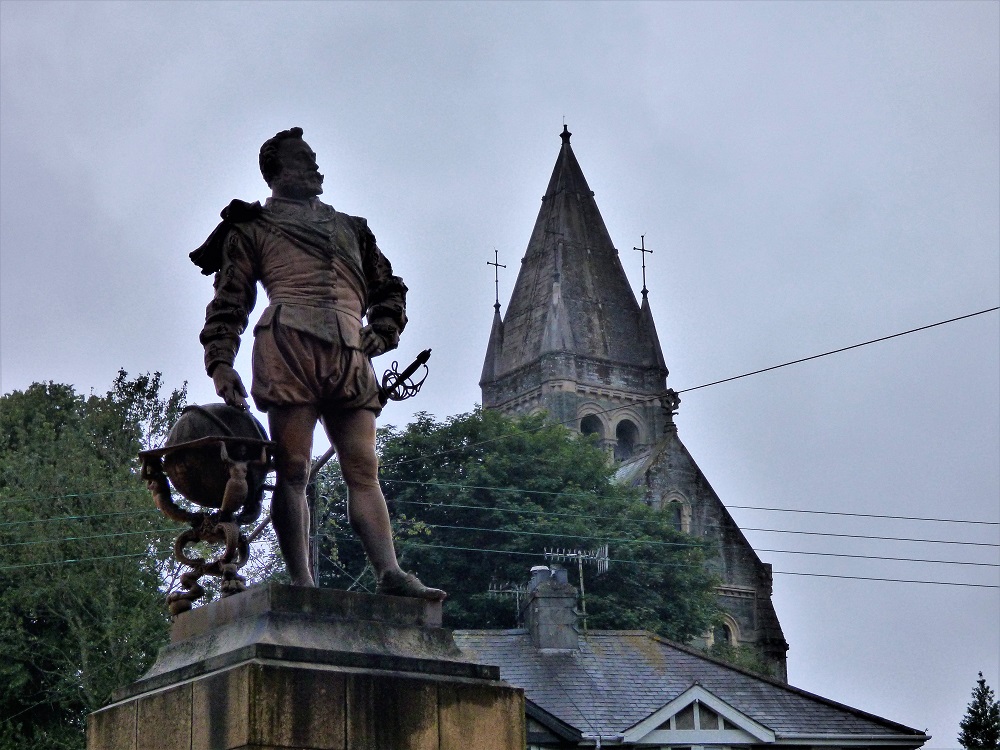 It was raining when we finally found our way through the mists. It was still raining when we arrived in Tavistock, to be welcomed by a surprising figure. Sir Francis Drake… privateer to Queen Elizabeth I, circumnavigator of the globe, defeater of the Armada… looked down upon us benevolently as we modestly circumnavigated his roundabout. This was a little coincidental as Stuart had played Drake at the annual workshop that year, but we had not realised that Tavistock was his birthplace. We knew there was a statue of him at Plymouth Hoe, but did not realise that the Plymouth version was no more than a copy of this one. 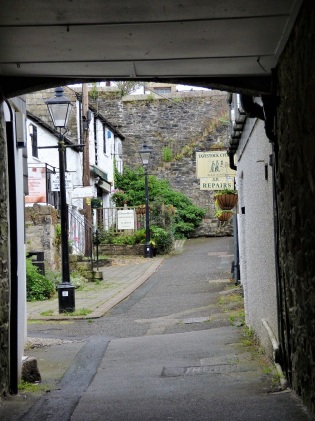 It was a little coincidental too as we had been given some interesting food for thought at a recent Silent Eye meeting regarding Drake and his famous bowls, suggesting a connection between them and the leys… and we were on the trail of the Michael Line, one of the most significant leys in the land.

For now, though, we were tired and hungry… it had been a long day. We found our hotel and went looking for supplies as we didn’t fancy the noise and bustle of the pub restaurant. With most shops closed, late on a Sunday afternoon, we settled for sandwiches and cider and beat a hasty retreat back to the hotel to escape the rain, where Drake again looked on from the hotel wall.

The weather, though, decided to cooperate as the evening drew in and the rain stopped. It was too good an opportunity to miss and we needed to stretch our legs after the long drive. Tavistock is an attractive town, dominated by the church and the ruins of the old Abbey that had brought the town into being… at least in its present form. The archaeology suggests that there was a settlement here long before Christianity was a twinkle in the eye of Time.

Officially though, the town grew up around the Abbey that was dedicated to St Mary and St Rumon. The Abbey was founded in 961 by Ordgar, Earl of Devon. The Danes destroyed the Abbey in 997 and it was rebuilt, only to be destroyed again with the Dissolution of the monasteries under King Henry VIII. With the tin and mineral trade, the town had prospered, being granted charters for fairs and markets that still continue to be held after a thousand years.

We wandered the town streets, coming face to face with ‘our’ Coyote in a gallery window, exploring some of the Abbey ruins that are still dotted about the town and ending up at the bridge over the River Tavy. 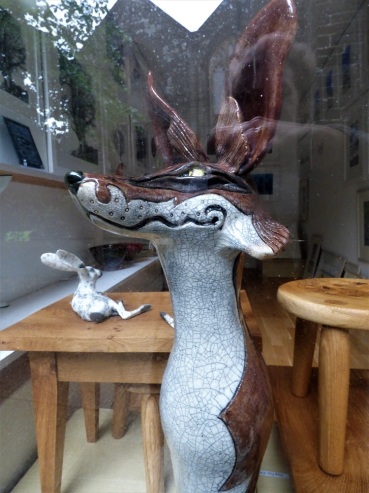 We followed the path beside the tumbling water in the fading light to pay our respects to Sir Francis. We walked back through the park, along the course of the old canal, admiring the civic amenities and deciding that we rather liked Tavistock. The pity was that we would be leaving fairly early next morning to meet the girls… but perhaps, if we were lucky, the church might open early enough for us to get a glimpse inside…