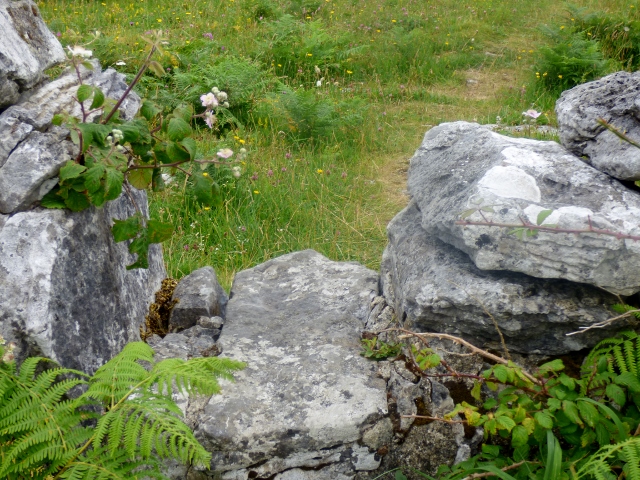 The presence of Skull Rock

is probably responsible for the number

of ‘tombs’ in the field across the track, which is now a road,

of which there are, reputedly, a goodly number.

discovered at ancient monuments were deposited

long after the sites were constructed?

And that is a question well worth pondering… 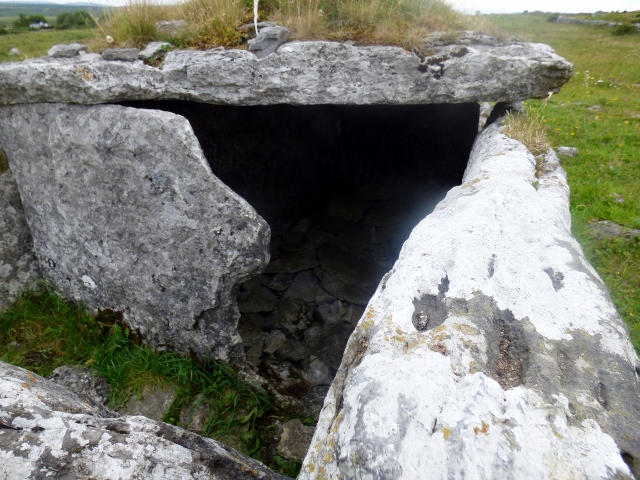 The bones of an adult and child were recovered from this one,

and if they met their end together, and if so, then just how? 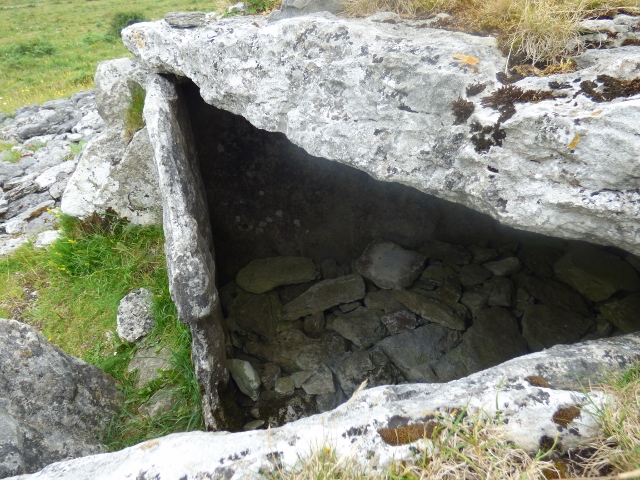 The debri that now litters

the interior and the exterior

of the site is the remains of the cairn

which once covered the ‘tomb’. 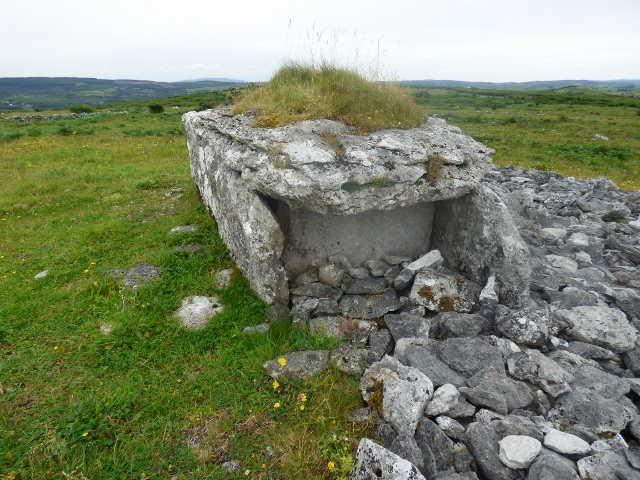 The tuft of grass on top

suggests that even here the cairn 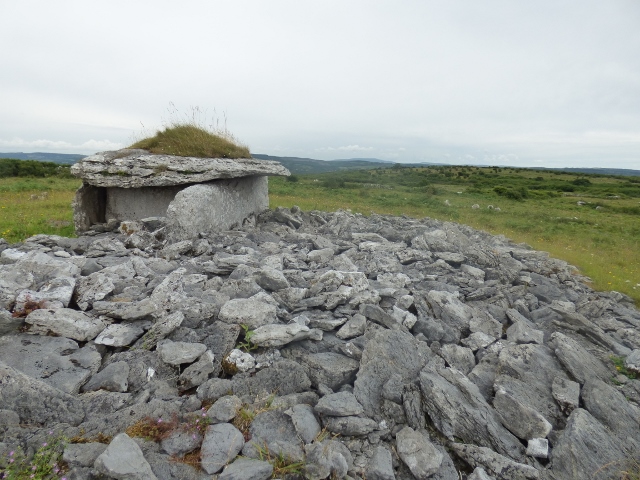 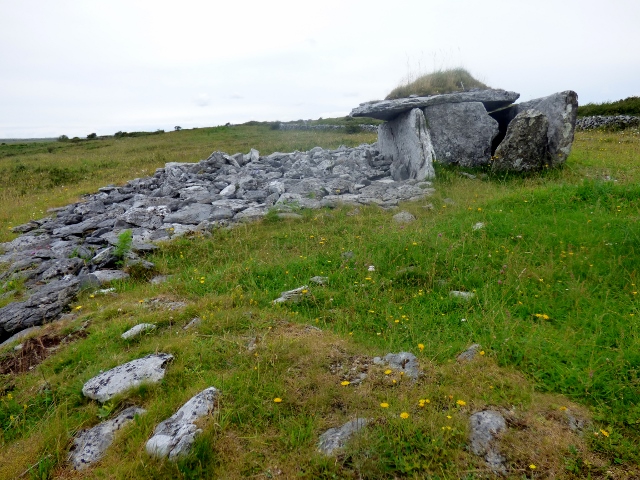 Unfortunately, you do not get to decide! 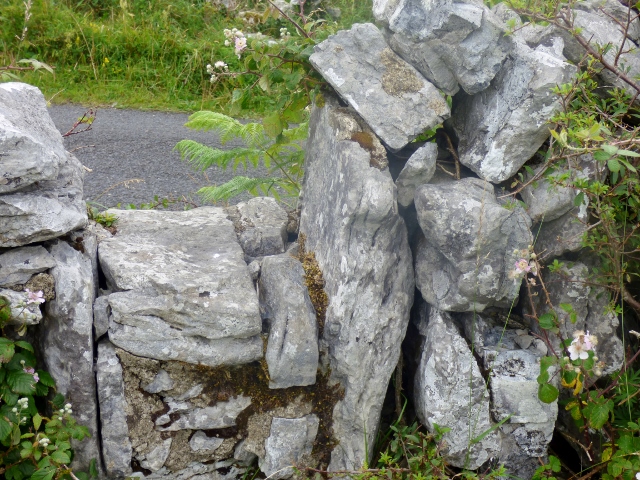 The symbolic preoccupation of all these structures seems to be with Headlands, which comprise the end of the land and the start of the sea…

Or Mountain peaks which would be the end of the land and the start of the sky.

And by extension with islands which is land situated in the sea, and, as we have seen, with birds which are beings that fly in the sky.

In other words, the builders of these structures are concerned with thresholds and what lies beyond those thresholds in the domains which they bound.

The analogy always involves the natural environment, which is then related to their, and hence to our, own experience.

So, it is not so much from here to eternity but rather from here to our apparently limited horizons and then on beyond them…