Why do we always seem to head north in dodgy weather? It was in January 2015 that Stuart and I had set off Discovering Albion on a fabulous journey through the landscape. On the way home, we had chosen to spend the day ‘marooned’ on Holy Island while the tide flooded the causeway and cut us off from the mainland.

It would be three years later before we would pass that way again when, with Steve and some of our companions from the Silent Eye, we would spend a weekend workshop exploring the castles that line that particular coastline… and, inevitably, being sidetracked by everything from standing stones to saints.

As the end of that weekend saw us once more on Holy Island, where we were gifted with both the song of the mermaids and an unexpected meeting with the ancestors, I thought this journey, which adds an extra dimension to the one I have just finished sharing, might be the best one to share next as we continue to be stuck in lockdown and unable to travel in person… 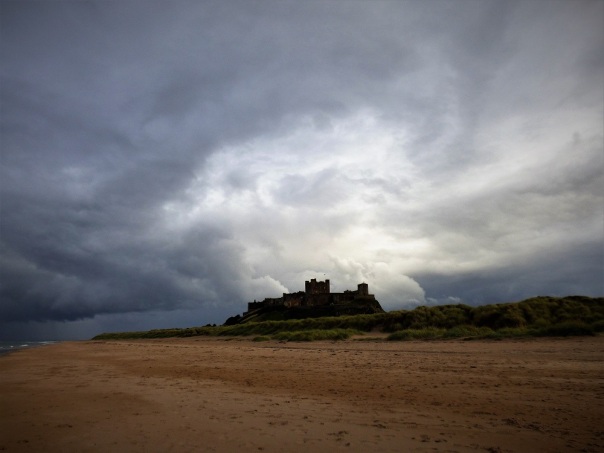 We were heading for the Castles of the Mind weekend, so time placed a curtain wall around our freedom to meander. For once, therefore, we behaved, managing to resist all temptation to stop and visit places along the road as we made our way northwards. Our destination was Bamburgh and we had to arrive in time for tea. That we arrived early enough to book in to our accommodation and check out two churches before the meeting was our reward for not straying from the road.

The route we had taken was circuitous, avoiding the rush-hour traffic by the simple expedient of going south in order to head north on calmer routes. Thus, the symbolism of the weekend began early, because although the more direct route would undoubtedly have been quicker, we would have arrived bored by motorways and stressed by traffic, where instead we learned something about the land, found new places to explore and arrived eager to greet our friends, who had travelled from across the country and from the Czech Republic for the weekend. The straight road is not always the best from which to learn. 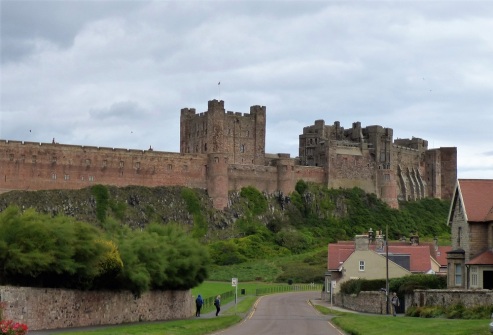 We would begin with a cream tea and a walk on the beach below Bamburgh’s iconic castle, where Steve would introduce us to some of the concepts he wanted to explore during the course of the weekend, using the symbolism of the castle to illustrate the workings of the ego. 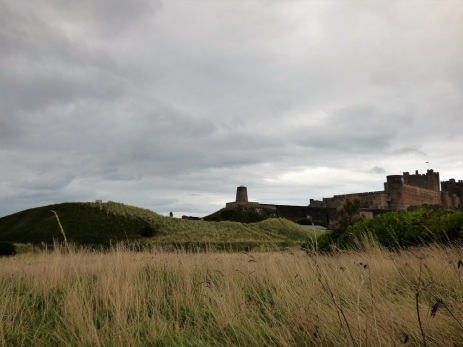 No-one really knows how long there has been a fortress on the site, or whether the striking outcrop on the shore began its life as something other than a defensive bastion. What is known is that it was once a place of the Brittonic Celts, who called it Din Guarie, as early as 420AD. It has been an Anglo Saxon palace, a Norman stronghold and seat of rebellion and is now a private home partly open to the public. The castle has seen many changes over the years, but it still imposes its presence upon the landscape.

Castles are strange, contradictory things, when you think about it. They fulfil many functions, from keeping goods and people sheltered within the safety of their walls, to defending against attack, whilst being themselves both bases for armies and for ruling the surrounding land with the proverbial iron fist. They may epitomise strength, will and power, yet they are also rigid, limited and vulnerable. Under attack they may be broken, under siege they will fall to starvation, flame, or fear. The encircling wall which holds everything within it in safety is also its own boundary, through which both ingress and egress are carefully controlled. The bars of the portcullis can keep people in as well shutting them out.

We stood on the outside, looking in. The gates were closed against us and, in a perfect illustration, we were denied its sanctuary as a sudden squall battered us with wind and rain. Surrounded by the elemental forces of the water and air, it would have been easy to choose a retreat, seeking the shelter of stone walls and firesides. 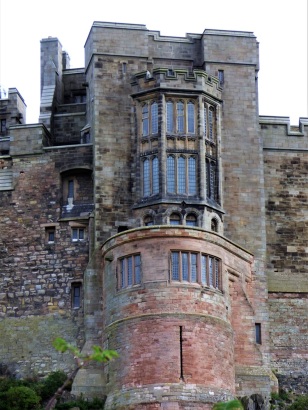 But the rain stopped as suddenly as it had begun, and, after all, only we were wet. The sand still held the warmth of the day, the air still retained a memory of summer and the sea had not quite reached its truly northern chill. Closer to the waves, the sand already held more water than the clouds and the footprints it held told their own story. I was surprised by how many were booted, feet encased in miniature ‘castles’, isolated from the earth. It is undoubtedly a hassle to remove and carry boots and socks, then have to remove the pervasive sand from between the toes, but a few had done so and the very human prints ran with those of the dogs who bounded joyfully across the beach. 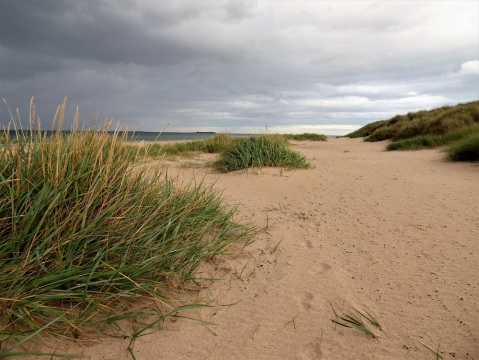 Already as wet from the rain as I was likely to get, with the sand soft between my toes, I walked along the edge of the waterline. It is a strange sensation, walking thus in silence with the susurration of the sea drowning all other sound. On one side, the waves roll in, in constant, repetitive motion, yet with each wave unique in form, force and sound. On the other side, the beached water rolls out to sea, levelling the sand as it passes, erasing all trace of what has gone before. You walk the path of balance, poised between the ebb and flow, a fragile creature, able to move forward in face of the elements, isolated by their song, yet part of the dance. 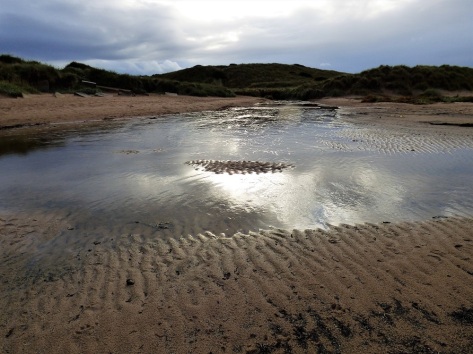 The sea too has its power and its will, the strength to erode the foundations of a castle, and the freedom of fluidity. Bounded only by the shores it creates, water rises to form clouds that travel overland and beyond the ocean’s visible limits. Even so, it is vulnerable and suffers at the hand of Man. It may protect its creatures, but it is dangerous, and like the lords of the castle, must be treated with respect. 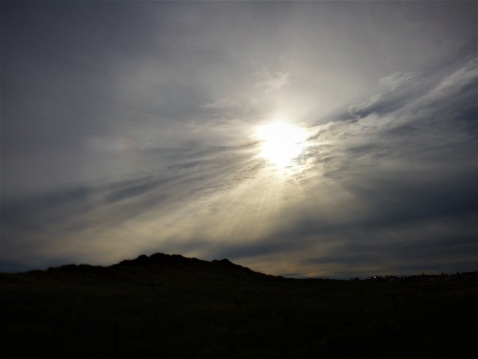 Walking the shore, with the castle behind me, I would rather be at one with the sea than the fortress, yet both are neither more, nor less, than what they are, their form and function intimately linked and both serve their purpose. The real question, perhaps, is do I want to remain within the apparent security of the walls of my own nature or take my chances with a wider landscape of adventure… Perhaps the path between is the wisest place to walk.