Next morning, we gathered at the gates of Bamburgh castle. We had seen it from beyond its walls, considering how we could glimpse our own ‘inner fortifications’ from a perspective beyond the control of the ego, and now we were about to voluntarily enter a place that could be, like the conditioned defences of the personality, both a haven or a prison.

We had a little time to explore the outer shell and the façade that the stronghold presents to the world, as well as to see how it sat within, yet dominating, the landscape… a landscape largely shaped because of the castle’s very presence. Its landward face looks over the moat to the village that grew in its shadow. The old beehive dove-cote seems a reminder that the homes that cluster close to the castle walls once housed those in thrall to the castle’s lord.

To the seaward side, the imposing defences and lines of cannon send a clear message to any invaders seeking to attack. While where the land and sea meet, a medieval burial ground holds the memory of the dead. As an egoic analogy, it could hardly have been better chosen.

Passing beneath the arch of the gate, you are funnelled through a narrow and easily defended lane, where any visitor to the domain is immediately taken under control.  Our own defences are very much the same, allowing others to approach us only through certain channels, even though our ‘gates’ may appear… even to us… to stand open to the world. It is only when you have gained entry …or approval… that there is the freedom to explore.

Climbing the winding path that leads into the courtyard, you are met with defences of another kind. Although the walls are high and thick, especially on the Norman Keep, the real power that is now on display is that of wealth and position. 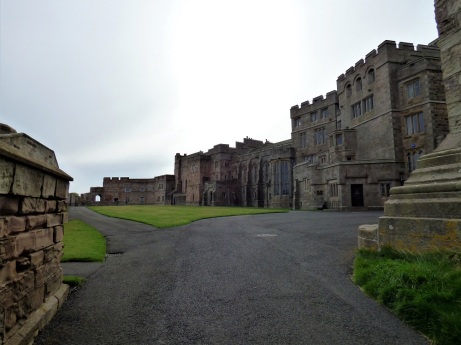 From the Tudor windows to the ornately carved shields, the inner facade of the castle seems designed to assert social dominance. Magnificently restored and well cared for, there are reminders of its martial past as well as its political position in history writ large in its stones.

Yet, for all it may be amongst the best of its kind, it looks very much like every other restored castle. Castles are serious. They evolve over time, taking on the forms and fashions of the day and yet the plans, well-tested by the centuries, conform to a relatively rigid form; one that serves its purpose admirably, but which appears to leave little room for joy. We see the desire to make a strong statement or to create an impression of solid and established power. The outer face of the inner castle leaves you in little doubt of how its lord sees himself, and here too the analogy is pretty apt. 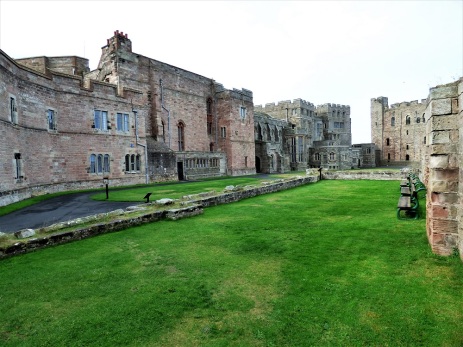 We ‘let people in’… but just a little way at first. We still have our defences… often prominently displayed. But we seldom let anyone all the way in… not at first. We still have an image of ourselves that we project, a subtle and almost invisible line of defence that hides the reality behind something that looks interesting and attractive… but what happens when you look a little deeper? 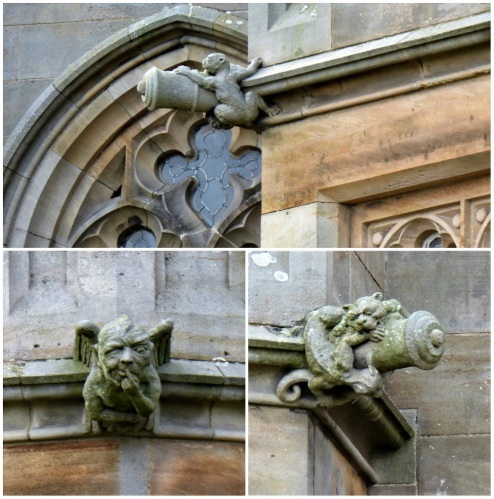 Quite appropriately, given the symbolism we were exploring, we would have to wait to see beyond the inner doors, as the interior opens an hour later than the grounds. Stuart sat on the throne of Northumberland… a reconstruction based upon a carved stone found close by… and shared his first reading from Bunyan’s Pilgrim’s Progress. Then we wandered the grounds for a while until the State Rooms were opened and we were allowed to delve further.

I was drawn to an odd rectangle of grass, surrounded by some broken stone walling. There has obviously been another building here once upon a time, and the curved end of the space looked like the remains of windows in the apse of a chapel… which is exactly as it turned out to be.

St Peter’s Chapel was an important place of worship long ago, the spiritual heart of the castle. It held relics of King Oswald, a saintly ruler credited with much good during his lifetime and many miracles after his death. He died in 642 in battle against the pagan king Penda, who dismembered his body on the battlefield. Amidst all the glory of temporal splendour, this sacred place has been left unrestored, open to the winds and with a congregation of birds. The apse, where the altar and relics once stood, now holds only a bell that was taken down because it annoyed the lady of the castle and the villagers… and piles of small change, like a dragon’s hoard, now replace the votive offerings.

There may well be a new chapel somewhere within the castle, where there is indeed a wealth of religious symbolism, but for the purpose of our weekend, this sacred space left derelict in favour of worldly display seemed a poignant symbol for the unchecked ego that cannot see beyond its own projected image to the sacred heart within. 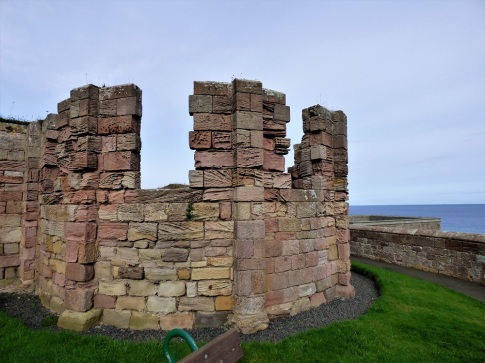 And yet, the chapel was not entirely barren, for within it is a single grave…or so I thought. The cross bears an inscription to ‘The first Lord Armstrong… a genius in his time’. He had loved Northumberland, had bought and restored the castle… it seemed only fitting that he should be buried within the chapel and remain at its heart. The records, however, show that he was buried at Rothbury, some miles away. Is the apparent grave no more than a memorial? An empty tomb… or a sign of love and respect? Perhaps the castle has a heart after all… and if so, it is a very human one.  Perhaps I had not looked far enough? And who am I to judge what any heart may hold… even that of a castle? 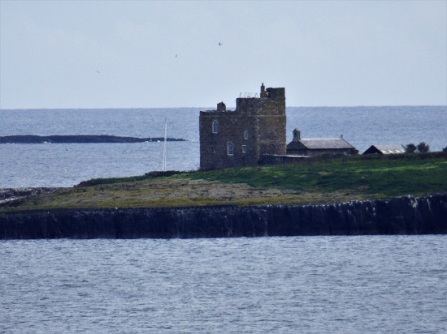 Over the centuries, many people have used the symbolism of the castle to explore spiritual and psychological concepts.  The intellectual exercise is, however, nowhere near as graphic as when you walk through these spaces and get the feeling of an idea built in stone. It was proving to be an interesting experience… and the State Rooms were about to open…

6 thoughts on “North-easterly: Beyond the Walls”