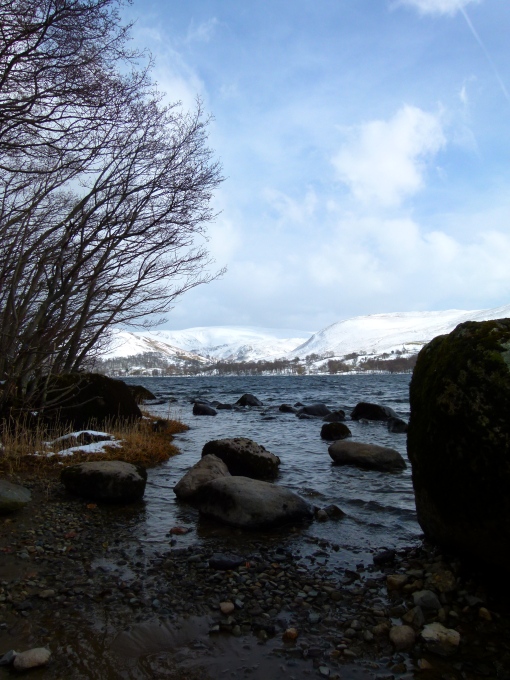 It matters not that the wind was so fierce that I had to stabilise the camera by almost strangling myself with the carry strap. That the cold was so bitter the wind stripped any vestige of warmth from the skin. It mattered even less that I had forgotten to put my walking boots in the car… the snow was so deep it would have seeped in the top.. and did on the fur-lined ones I was wearing.

I could not care less about the fall on the rocks… it was my own fault for trying to get to the centre of an icy river to get one particular shot. If my knees look like those of a child, grazed and bruised in the morning, I do not care.

I admit to having wandered just a tad further north than intended…but you see, the roads were clear, even the one over the top of the hills…. The North in winter are not to be missed… and I have missed it for decades.

There is something in those hills that has me by the heart and soul and calls me home. The photographs simply do not do the landscape justice. They lack the scale and grandeur, the sparkle in the air, the bite of the wind on your cheeks, whipping your hair as you lean into the wind, fighting to stay upright. They cannot show the subtle shift of colour, the play of light and shadow. They lack the absoluteness and extremity of its beauty. 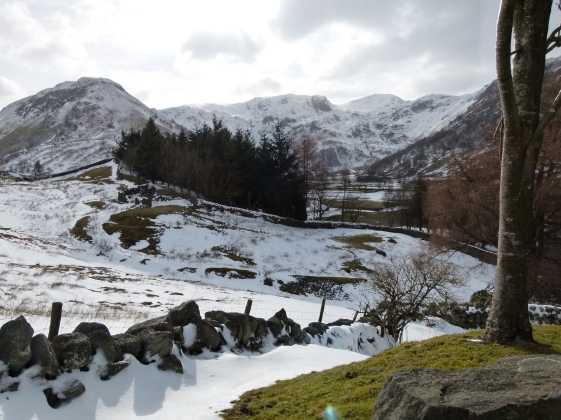 So what would you have me do when the opportunity calls and beckons? So I stayed and played and revelled in beauty until the cold was too much, for a little while.

Mid-afternoon, in search of enough warmth to thaw frozen fingers, the flaming log stove of a tiny inn beckoned. So did beer and a late lunch. The warmth of the place encouraged conversation and David Marshall, a local writer, and I shared stories and parted friends, I gifted with two of his books and an exchange of contact details.

It was another day of unexpected delight.  It almost seemed engineered to remind me to seize the chances that offer themselves.. for they will not come again. Today was unplanned and possibly against all common sense, given the temperature, the snow, and the road closures we have seen recently. But in following an inner voice the day was sheer wonder on every level. That same inner voice that prompted a chance word and a smile with the gentleman by the fire in the pub ended in a delightful conversation shared. 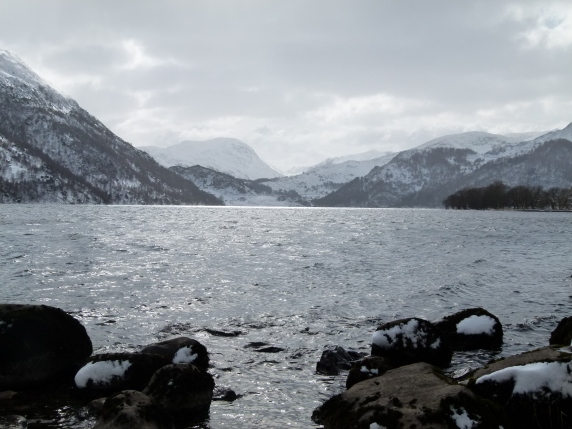 Sometimes we are obliged to hear what the heart says and tell it to hush when duty calls and we have no choice. But when it whispers inside and we do have the choice, perhaps we should seize the moment and hold it like a child with a wriggling puppy, full of excitement to see what will happen next. You never know… it might just be magical.

15 thoughts on “The wild heart of England”