We needed a pub… I could go with that… it was lunchtime and although neither of us eat all that much climbing was thirsty work and that was our second climb of the day  A short drive and a signpost to a riverside inn… swing the car right, down a single track lane… was there a pub? No…

Or if there was, it was hiding.

There was, however, a church… a St Margaret’s… one of our beheaded saints…somewhat incongruously here where a hamlet snuggled in its hedgerows. A tiny beauty of a church too…stopping was inevitable, even if it meant parking the car perilously close to a ditch. Still…

The date over the door was 1623… the exterior looked like a 19th-century restoration… later research showed the original building to date back to the late 11th century and there are some beautifully carved capitals and an exquisite tympanum that go back to that first church. The area is surrounded by barrows and earthworks and, had the quest for a pub no been so urgent, we would probably have explored further.

Another drive, a sharp left, another single track road… and finally a pub… heaving with people. A quick drink… way too busy for us… and we followed the road towards Old Sarum on the outskirts of Salisbury.

Approached from the back roads you get a far better view of how impressive this fortified hill actually is… the terraces are sharp and angular, the ditches deep and steep, the central circle holding the remains of the Norman castle. Yet it is older… far older, dating back at least 5000 years since our ancestors first settled there. The Iron Age saw the hillfort shaped… then every major force of history… Roman and Saxon, Norman … kings and bishops…all have left their mark upon the hill.

And yes… we had said no more hills…

This one however has the advantage of a car park halfway up on one of the terraces… so up we went.

The regularity of the circles is impressive enough in itself… the rich history has left traces in stone.. the remains of a palace and a cathedral on the penultimate terrace give a sense of the scale of the place. There were ravens too, and yet another furry caterpillar… personally I think Stu attracts them. 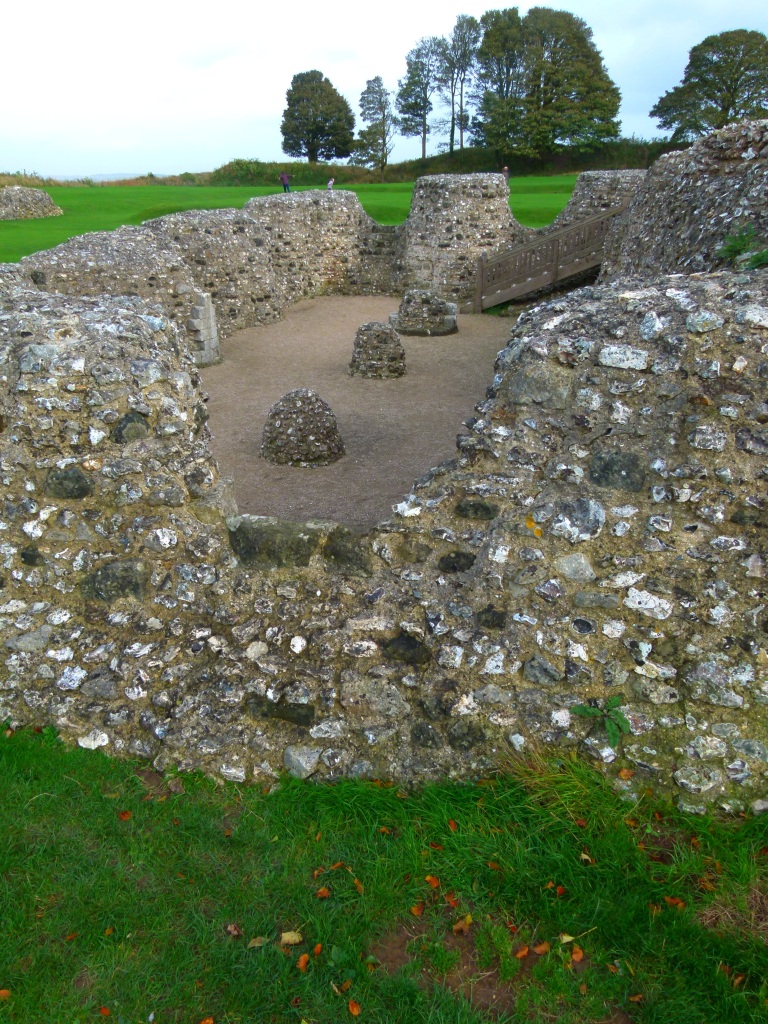 But the purpose of our jaunt that day we had saved till last… Stonehenge. Turning left at the roundabout a little while later we were caught in traffic, queuing for the better part of an hour… it wasn’t looking good. The last time I had visited it had been high summer, a ritual was going on within the circle and the crowds simply appalling. This was not how I wanted Stuart to meet the stones of the Giants Dance…

At least the pace of the traffic meant we got a good look as we drove past towards the entrance. It was still crowded…. So we turned around at the entrance and headed for home. There are better ways and we will take a dawn there instead.

I remember the stones before the barriers… before the fences and the admission charges… I know they must be protected and preserved, and the sheer volume of visitors is in itself a threat to their preservation were they allowed to roam freely through the circle. Yet they were not meant to be caged… like animals in a zoo, Stu said, and it is an apt analogy, their power enclosed, leashed,  dwarfed by distance.

While we stand behind the barriers wishing we could be closer, the stones themselves seem to yearn for our presence… they were built by human hands and hearts, a place for man to touch that indefinable something that is beyond the mundane world.

Like the great cathedrals in their search for funding to maintain their historic fabric, charging an entry fee to a place of worship seems quite unreal. You may come close, but only so far and no further it seems to say… as if to place a sheet of glass invisibly between the place and the heart, ‘look but do not seek to touch or be touched by’.

Something is missing when we are kept apart from the landscape of the heart for it is only through the heart that we can touch that which is beyond the material world, however we name It or perceive It, and begin to find its echo with ourselves.

3 thoughts on “A final hill”