When we are all allowed to go out and play together, my two-legses sometimes let me share their adventures. It depends if there are going to be sheep and stuff. Not that I mind sheep… much… but ‘pparently, the sheep aren’t always happy to share their fields. She says it’s because they think I’m a wolf or something. Daft things.

So, on this partic’lar day, I’d been promised an Adventure… and although I wasn’t quite sure what that meant, it sounded even more fun that sharing their lunch. It took me a while to get ’em moving. The sunniest of days and they were just sitting there. Okay, it was hot and there was cheese, so p’rhaps they could be forgiven. As long as they shared.

When they got the harness out, I thought we were just going for a walk. I may have got a bit excited… just by way of encouraging them, you know. It’s ages since they’ve both been out in the fields with me. But instead of heading down the street, they took me to the car and fastened me in the back seat. Now, I’d best explain… normally when I get in a car, it means they are going on Adventures and I get to go and stay with my friends. I thought that’s where we were going.

Maybe she didn’t realise? Or got distracted… they talk a lot, you know… but she went the wrong way! 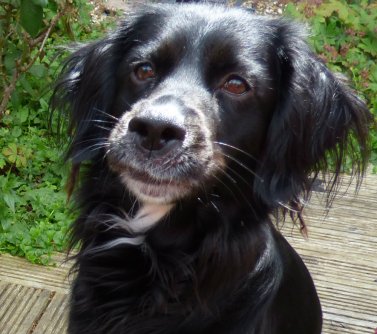 Oho, I thinks to myself, maybe I should mention it? But every time I tried to talk to them, they just shushed me. Maybe we were going the right way after all… and on a proper Adventure? She kept slowing down, and I kept thinking we were there… wherever ‘there’ was. I got a bit excited when we went slow and still she kept driving. For ages. I kept my nose as close to the open window as my seat-belt thingy would allow… and we ended up in a place with so many interesting smells I could barely wait to get out of the car.

“It’s a landfill… a waste site,” she said. I couldn’t for the life of me think why she would want to drive all that way to go to a dump! I didn’t mind though. There were smells of all kinds, everywhere. I just didn’t think they’d appreciate them properly. I’m not even sure they noticed… in fact, the waste was wasted on them…

Mind you, it was sort of buried or something. I could smell loads of fresh earth and lots of water! They wouldn’t let me near it though, which I thought was a bit mean. It was all fenced but I could have climbed through, but she said she didn’t fancy having to go swimming. Person’ly, I think she was just too busy chasing butterflies and squeaking at little dragon-thingys and flowers.

So we just walked a bit, down this path like a tunnel in the trees, until we came out into this huge field…. then they both squeaked! They were nearly jumping up and down for some reason… 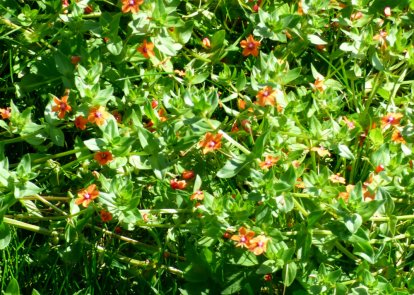 Mind you, I got a bit excited myself then, ’cause they let me off the leash and there were loads of things to ‘vestigate! Hundreds of rabbit holes! Even she got excited about them and went round looking in all the little door-holes and picking stuff up to look at. I thought it was us dogs that went looking for bones… Mind, she is a bit weird, even for a two-legs… 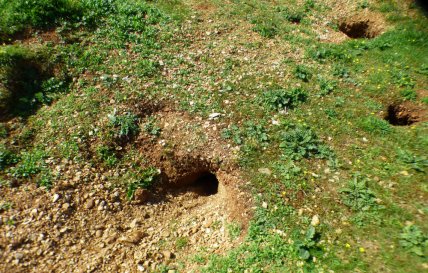 “You never know what they might have dug up,” she said. I left her there, still squeaking and grubbing around in the earth. Odd though, when we sat down in the middle, she wouldn’t let me dig. At least she’d brought loads of water, ’causeI was hot by then, as I’d been off for a run… just getting my bearings and getting to know the stones. 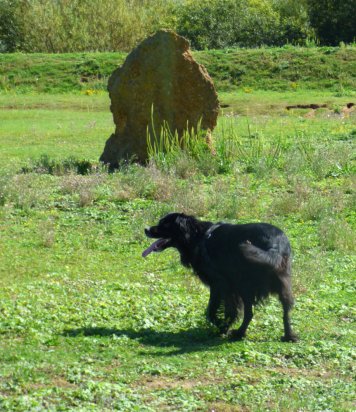 Oh yes, I forgot to tell you….they called it a stone circle and she says I was s’posed to tell you about it. But I guess that will have to wait a bit now. She says it’s a good one. With a henge…

So, I’ve decided I like Adventures and I’m hoping they’ll take me on some more. They said that if I’m good they’ll take me more often… but you know, their definition of words can be a bit different from mine.

Just being good might be an Adventure in itself 😉

10 thoughts on “Indie-Ani-Bones ~ The Small Dog does archaeology”