I had taken the motorway… at least for the first part of the journey north. I had been late leaving and wanted to arrive in good time. It would be a busy night, no doubt, with a very busy weekend ahead.

For once, however, my only complaint about the wide road that snakes across the landscape was that there was nowhere to stop; I could not see the police understanding that taking photographs did constitute an emergency…

As I crested the hill on St George’s Day, the counterpane of an English spring spread out before me in green and gold against the cloudless azure of noon. Vivid greens of every shade and hue… the perfect foil for the soft yellow banks of cowslips and fields of rapeseed in bloom. Blackthorn, cherry and apple bloom in the hedgerows and the oak wears a red-gold crown.

Even on the motorway the light was different… the sunlight deepened… heavier … richer… than it has been. England is adorned with shadows in spring as the leaves veil the sun, casting a filigree that dances on the grass. 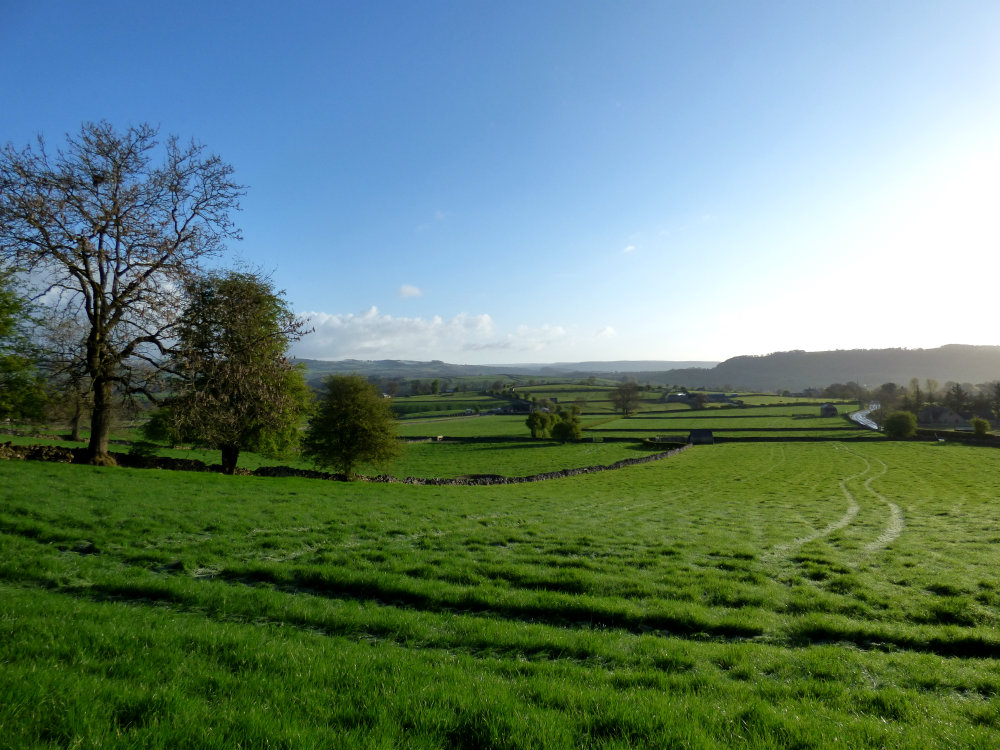 A little further north and there were swathes of daffodils, bordered by the shining stars of wood anemones and celandine. Then the climb up to the hills where the green is lost in russet… the colours of the world are older, wilder, but no less beautiful.

It is odd, in a way, to realise how much my own perception of the land has changed over the past two years. ‘Home’ was always that small patch of moor… not a place I had lived, but one I love with a depth and passion that I have always felt calling to the inmost heart of me. I realised on that journey north last Thursday that the point of ‘home’ had opened like a spring flower… almost imperceptibly spreading its petals ever wider to capture me like the dew at its heart. The divisions that the mind recognises as borders… the county boundaries, the north/south divide… somehow their meaning had been laughed away by the heart. 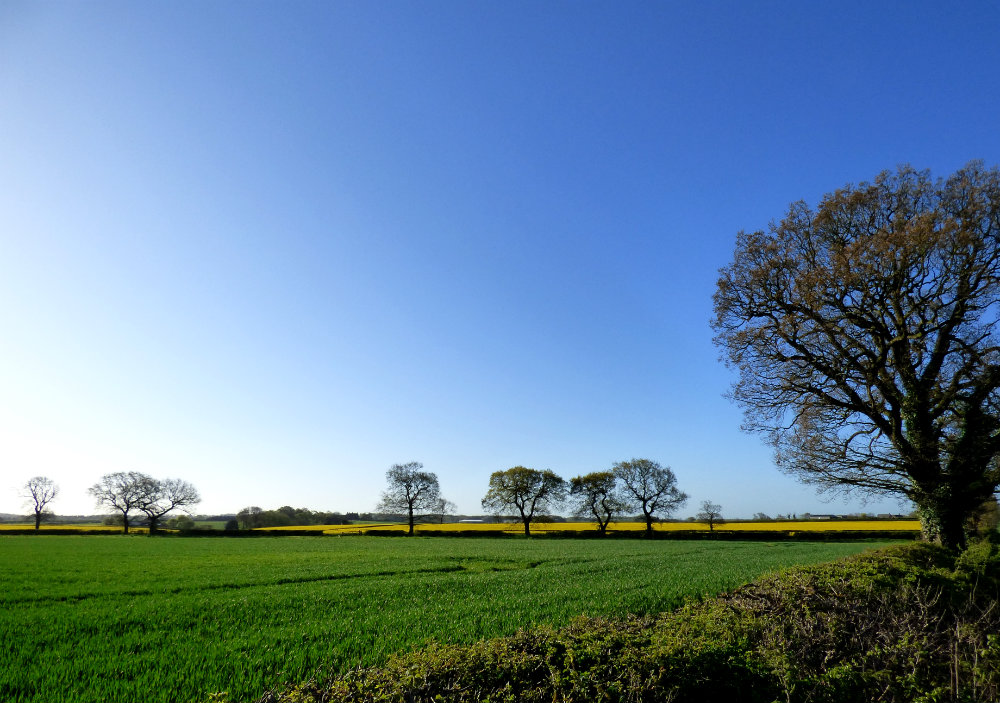 It is a little difficult to explain… as if the central point of love… the moors of my childhood… burn as brightly as the sun and call me like a moth to the flame. Yet, like the sun itself, the radiance of that love spreads out across the landscape, softer, perhaps, at its farthest reaches, yet no less beautiful for all that. While a few square miles of stone and heather may be my heart’s home, my being has its home in the light itself, and that radiance knows no border.

As I drove through the patchwork fields of an English spring, through the gentle swell of the foothills to the high point of the moors, I realised that I was not driving to a destination… but through it. I was home all the way.