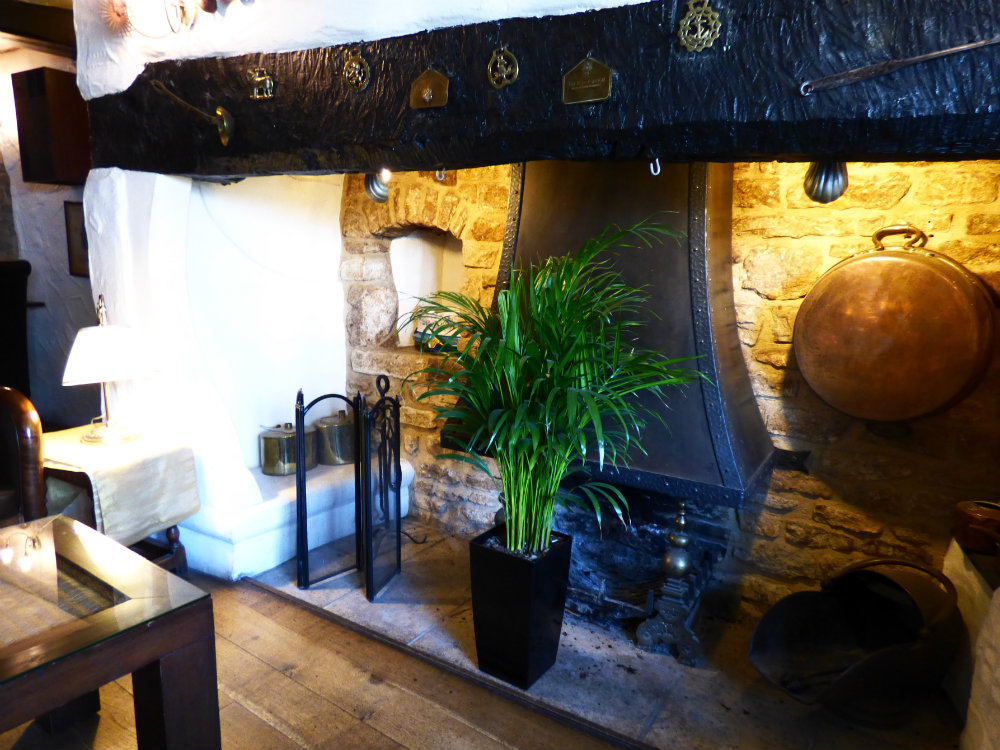 I was conscious that my profile pic, fixed and recognisable as it is across various sites and book covers, is a couple of years old. The hair is no longer blazing red and now curls to my shoulders in its natural hue and as we had never met… I needn’t have worried. The good-looking guy by the inglenook smiled as I walked in and stood up. This was a bit of a relief; considering he lives over ten thousand miles away it would have been a disaster to miss him! As it happened, we had the old pub to ourselves for a while, so recognising each other was never going to be a problem. 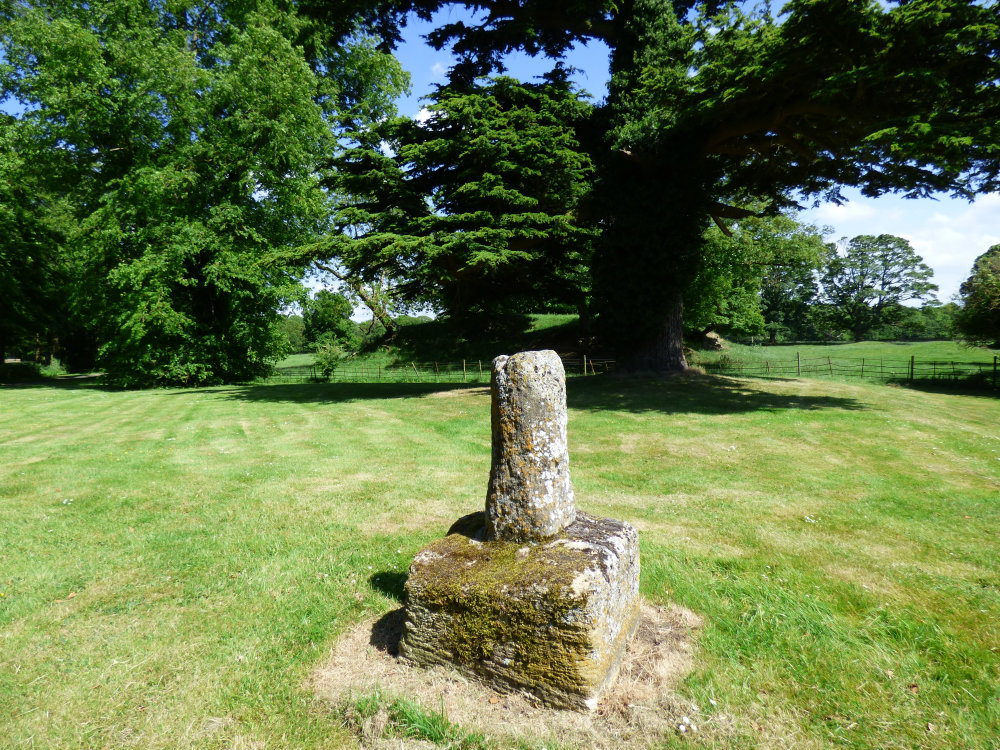 For me it was an easy meeting… a feeling of old friends who had not only met before, but not so long ago. Just long enough to have a lot of talking to do and a lot to catch up on over lunch. The inn has stood at the crossroads in Middleton Stoney for some eight hundred years and knew its role… wrapping its quiet around us as we talked of a history going back ten times its age. The hours slid by unnoticed and his departure crept up all too soon. 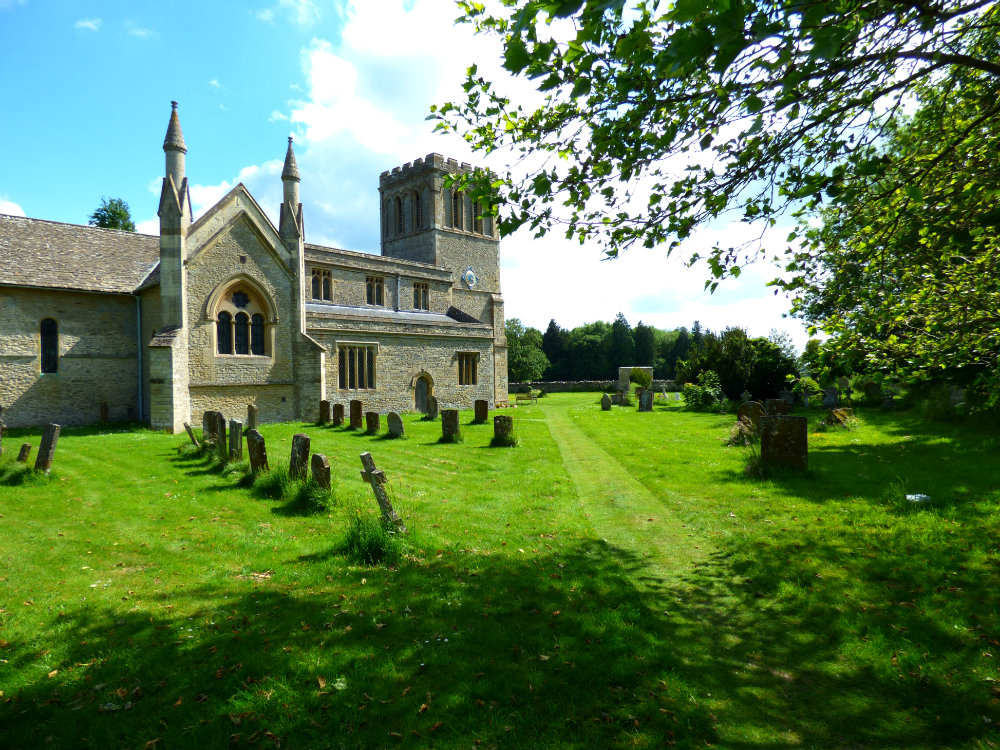 I had seen that there was an old church in the village and decided that, as I was there, it would be almost rude not to visit. My friend joined me as we walked through the gates of the Estate to the church of All Saints. 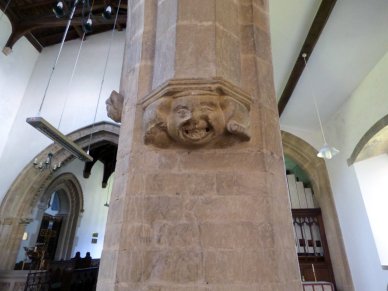 Trees bordered the carriage drive with the lush green of an English spring and a red kite wheeled overhead as we walked. In the field beside us, the remains of a motte and bailey castle bear witness to the evolution of the landscape. Only the earthworks of the mound remain above ground, though excavations have shown the base of a stone tower with walls three metres thick lie within. The motte and bailey date back to the 1100s, but they are built upon earlier foundations. Within the bank are the remains of a Roman villa as well as later, medieval remains. A pre-Saxon ditch bounds the village still and it seems evident that the spot has held a central role in the life of the village for at least two millennia.

Between the castle and the church is an ancient standing cross. Only the base and part of the shaft remain, shaded by cedar and sycamore trees. Through the lych gate the path is mown around the church, passing beneath the gaze of a stone head above the north door. An unusually narrow door and lancet mark the western tower, but the real beauty is the main south door to the church, not visible on the approach.

Ancient wood, bleached of colour and studded with iron looks impossible to open without breaking. At first, we simply assumed it would be locked, but the latch lifted and, to our delight, the huge door swung open. Inside the porch we found a gorgeous Norman doorway with a carved tympanum from the mid 1100s. The doorway is edged with the typical chevron patterns and on either side, two of the strangest carved heads I have seen; one looks like a ram, the other… well, I’m not at all sure, though it appears to have foliage on its head. The tympanum too is unusual… perhaps a tree of life? 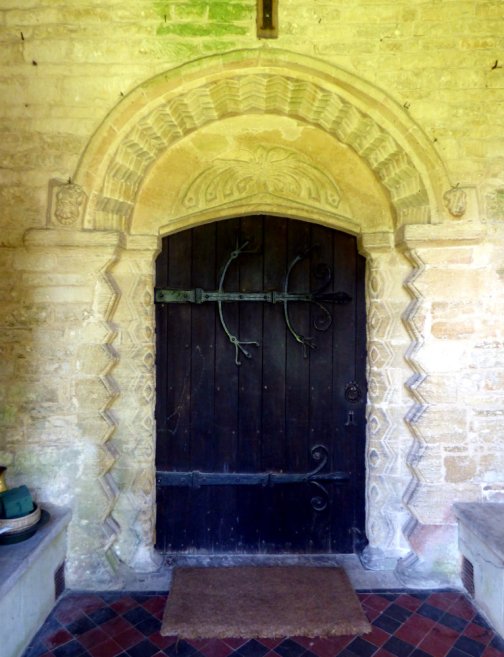 Inside the ancient jostles with the ‘new’ Victorian restorations. Medieval carved heads, Norman stonework and a very strange font. While the 15th C basin of the font seems to have been cut down, it is placed upon an older, carved stone with a long inscription that begins ‘This fonte came from the King’s Chapel in Islipp…’ and goes on to aver that it was in this font that Edward the Confessor, one of the last Anglo-Saxon kings of England, was baptised. Edward was born in Islip, a small village a few miles away from Middleton Stoney, between 1003 and 1005AD. 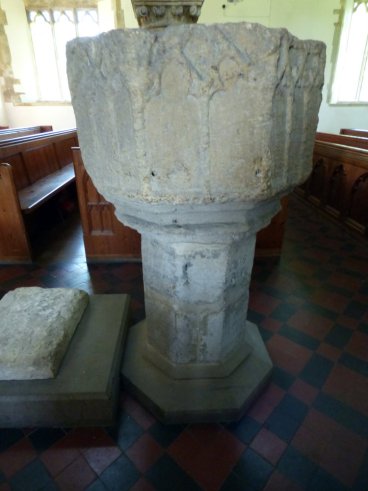 A side chapel houses the tombs of the family of the Earls and Countesses of Jersey. The door was closed, but my tall companion managed to take a few photographs of the heraldic ceiling and tombs over the top of the gate. Usually the tombs of the nobility hold little interest for me beyond their artistry, this one though, to the teenager who read Georgette Heyer, was a bit more personal, being the resting place of Sarah Sophia Child Villiers, Countess of Jersey… better known to Miss Heyer’s readers as Sally Jersey. 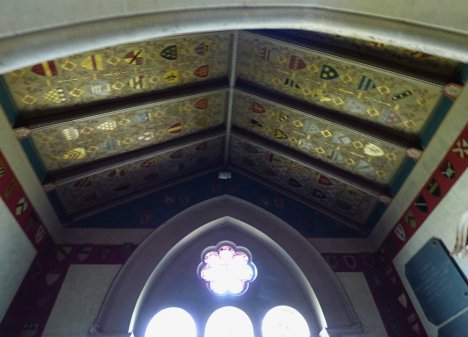 The Bible stood open on the lectern and, of course, I looked to see where it was open. We had just been discussing the similarities between various paths and how little it matters which road we take when they all lead to the same Light. The book showed a passage in John that tells of Jesus’ prayer for all believers. It seemed perfect for that moment.

Then all that was left was the walk back through the green and the sunshine to our cars, a hug, a smile and the odd certainty that, ten thousand miles notwithstanding, we will meet again one day.

2 thoughts on “Meeting a friend…”