It is impossible to walk through any ancient place and not wonder about its story. In somewhere like St Davids Cathedral there are many stories, from those of the craftsmen who built the place, to the Story that inspired their work… and the tales of every pilgrim, priest and visitor who have passed through the old Norman doors.

For the most part, those stories have slipped silently into the forgotten vaults of history, unknown and now unknowable. Who, for instance, will know whose feet passed through the arches on the day we were there? The annals of the cathedral will record the mayor-making that had delayed our entry. They may record the names and stories of the civic dignitaries who were there… but the stories of pilgrims, the faithful and the curious who were also there on that day will leave no more of a mark upon the building’s history than their shadows.

Yet none who enter fail to add their own story to the great stream of history. Even on the physical level, each person who breathes alters the air and how it preserves or damages the building over time, each footstep adds to the wearing of the stone, each hand that touches leaves a trace behind that adds to the maturing patina of the building. Every story matters.

The tomb of a knight in armour shows the passing caress of centuries, the pale stone irrevocably changed and polished by the touch of hands and the irreverent carving of graffiti. Even those whose hands have traced the carvings on his breastplate will have forgotten their touch… yet the trace of their passage remains.

Few leave a lasting story here that can be as readily seen and understood as the great memorials, like the elaborate tomb of the Countess of Maidstone who died in 1932. Her name, acts and face are remembered in the cold marble of the chapel of Edward the Confessor that she restored, some three hundred years after its roof was stripped of its lead by marauding troops.

Some stories belong to the building alone and the nameless, faceless craftsmen who have passed quietly into the pale pages of history, leaving behind stories in stone and wood that seem to invite our questions. Some are symbolic images whose message we can trace or deduce… others seem to be an expression of inner joy and secret jokes that invite us to share their laughter. Nowhere is this more easily seen that in the misericords… the mercy seats for the ecclesiastical rumps to support them through the long hours of standing and service.

Folk-tale and symbol, allegory and observation…and quite possibly the odd reference to a disliked cleric… all wait in the shadows beneath the wooden perches of the Quire, though after five hundred years, the object of the joke and its carver are both forgotten. It is a reminder of our impermanence and the futility of seeking to impose our image on memory. 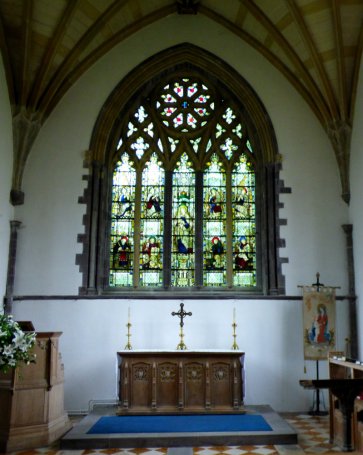 Fearing oblivion or through a desire to be remembered when they are gone, many seek to ‘make their mark’ upon the pages of history, carving from life the story by which they wish to be known. Yet such stories, by their very nature, are not remembered by their creator, but only through the perceptions of those in whose memory they survive. Time and forgetfulness will eventually erase us all from the great story of humanity… yet we each of us contribute the essence of the story to its pages.

Few of us will change the world in ways that history will notice, though all of us change the world with every thought and deed, every day. How, or even if, we are remembered, will be out of our hands. Why should we even wish to be remembered by those we did not know and love unless we too fear the oblivion of the unknown?

Like the artists and craftsmen whose names and stories are now lost to us, it is only what we do with each day that counts. The empire of the financial genius or property magnate will do him no good as he breathes his last breath, though his name may be remembered for years to come. Yet the teachers whose names we have forgotten, the parents whose children were raised in love and tolerance, the nameless smile that lights a day or the quiet act of generosity… these will never make the history books, but they change lives every day, shaping both present and future and annealing the past. 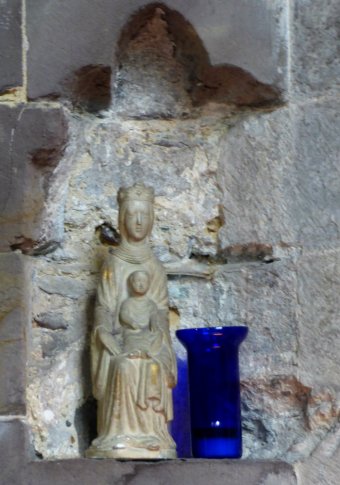