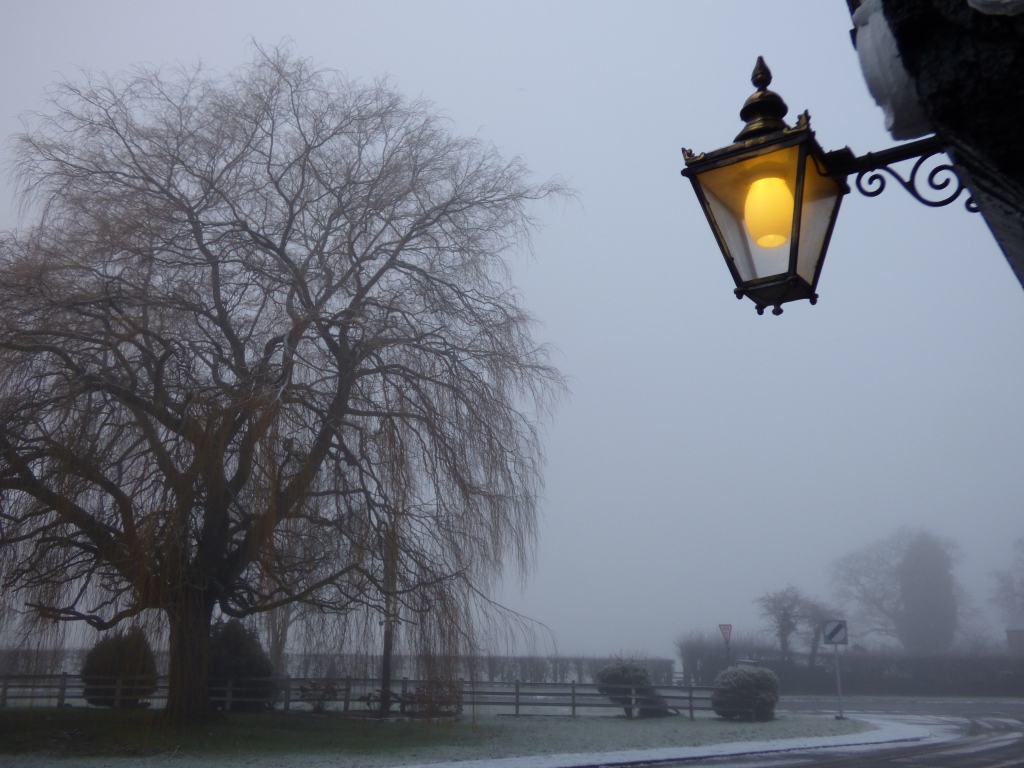 For some strange reason we had thought it would be a good idea to leave Wales and head for our next destination. Wales is a very beautiful place and one I love, but technically, we weren’t really supposed to be there till the next big trip. There was still a little daylight left but the weather was looking unpromising and Wales is not somewhere you want to get stuck if it snows, at least not unless you are ensconced in a nice warm bar with somewhere to stay.

I knew of a hotel in Sandbach… knew exactly where it was, in fact, having delivered there regularly in my white van days. Nice and handy for both the town and the motorway, which we guessed would be okay even if it did snow. Our plan was still to head north, but if the weather took a dramatic turn for the worse we would just head south to mine and work on the books from there. Either way, the motorway would be useful.

Counting hawks as we drove… nine in all on that stretch, mostly just sitting in the trees and watching our progress… we would head for ‘my’ hotel.

“Unless they’ve demolished it,” laughed my companion.

Which, apparently… they had.

Which was a bit of a sod, really, as the inn where we finally asked about it had no rooms left either and the only other place we had seen looked both beautiful and way too expensive. The phone battery had died too… technology really wasn’t playing nicely… By this time it was dark and we were tired. I had packed the car with blankets and duvet… just to be on the safe side… and that was beginning to look like an option. We finally managed to get a brief connection on the laptop and located an old place further out of town… and we couldn’t have found better had we trawled the net and booked.

The welcoming bulk of the Bear’s Head loomed into view and we were soon happily ensconced in the cottages. The seventeenth-century coaching inn was gorgeous… all low, beamed ceilings, pewter and big fireplaces. We really should have gone down for dinner and a drink, but by this time we were flagging. My companion retired early while I pottered on the computer and charged every battery I could find. I don’t even remember finally going to bed. 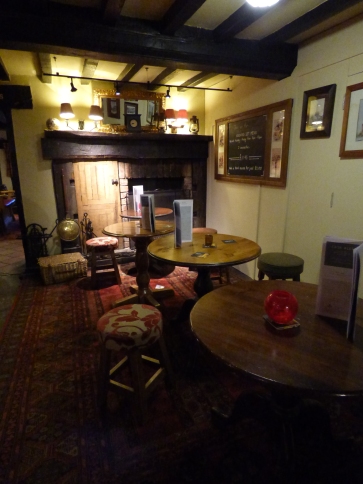 The pre-dawn light found a frozen world shrouded in mist. As usual, we were both up and about way too early for breakfast, so we grabbed a coffee and, scraping the thin layer of frozen snow from the car we headed into town to see the object of our visit and make a decision on the roads. Early as it was the main roads seemed reasonable, though the smaller ones would be trickier. 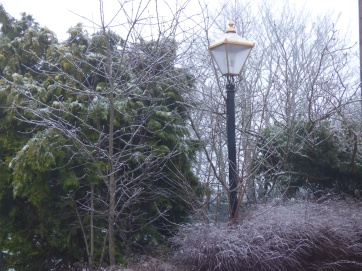 Later, thawing out back at the Bear’s Head as the dawn officially rose through the mist, we disposed of a breakfast that would, one way or another, see us through the day. We were still heading north. The birds seemed to approve.

1 thought on “Discovering Albion – day 3: No Room at the Inn”