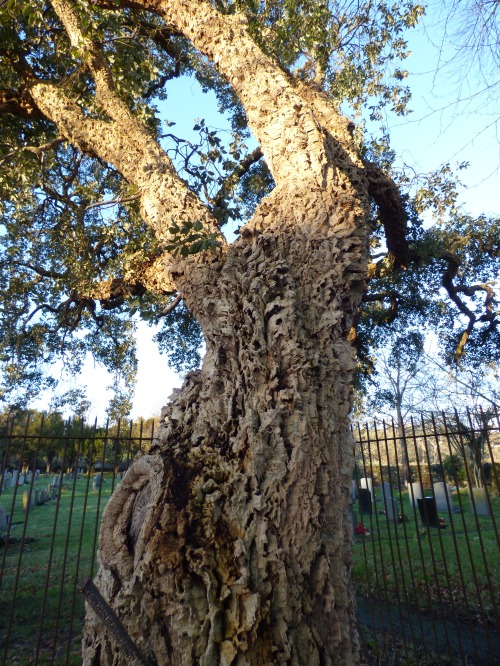 Hovering somewhere between delight and disbelief we wandered around the churchyard of St Mary’s. We knew there had been too much to take in. That is where the camera comes into its own, allowing us to go back and see what we have ‘missed’. Including, apparently, another Simeon window. The sun was low in the sky, casting a golden glow over the landscape. A cork tree, planted in 1833 and the most northerly in Europe, raised her arms to the sky; a dryad yearning for the embrace of light, or so it seemed. 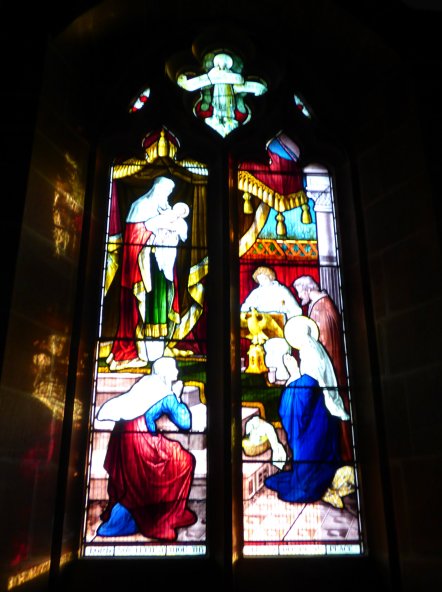 We needed to eat… something, anything, to bring us back to earth, so we headed back to the car in search of the pubs the hoteliers had recommended earlier. ‘It’s only two miles’ they had said. Well, they must have been country miles… and the twisting, single-track seemed even longer as the light began to fade. 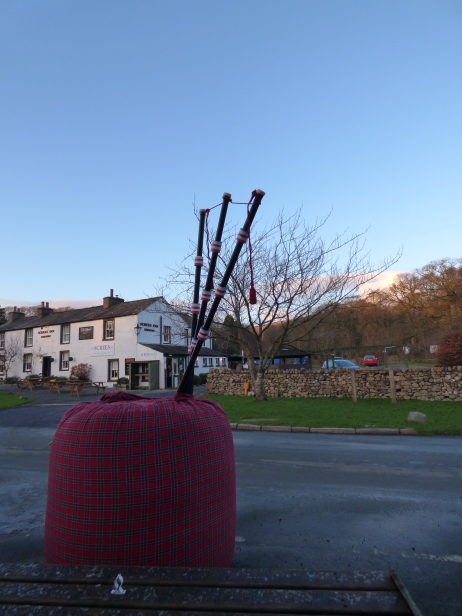 There was a choice of two places, opposite each other. Both lovely old buildings, but one looked like a proper pub… and had giant bagpipes outside. Considering this was supposed to be a Scottish adventure… even if we hadn’t got there yet… we chose the welcoming glow of the Strands. The inn, built around 1800, is close to Wastwater, England’s deepest lake and nestles beneath the bulk of the snow-covered Scafell Pike, England’s highest peak. 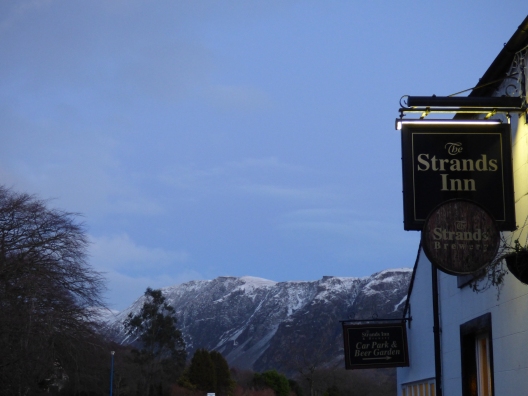 It is beautiful countryside and somewhere we would have liked to have stayed. The weather forecast, however, was for extreme cold and ice… there was already snow… and we did need to find a mechanic the next day and make a decision on whether to continue. The only road out of the village leads up a very steep hill… snow and ice could keep us here for days, and while that would really be no hardship under any other circumstances, it wasn’t what we had in mind. 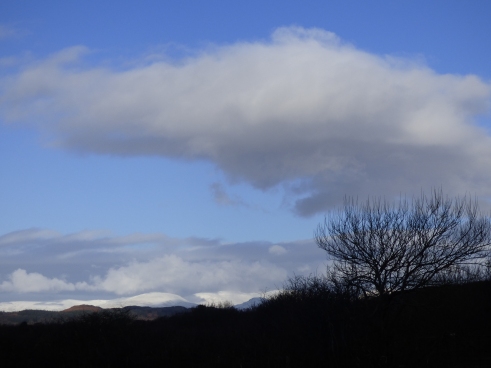 The bar, festooned with hops, was warm and welcoming. Grabbing a menu we sat by the fire to decide on dinner. The proprietors of the hotel who had recommended the pub walked in a few minutes later. They too were dining here in the absence of the chef. We had obviously chosen the right pub of the two. We plumped for the roast pork and decided to order dessert at the same time but the young lady behind the bar just laughed. “I’d wait, if I were you…” When dinner arrived, we saw why. 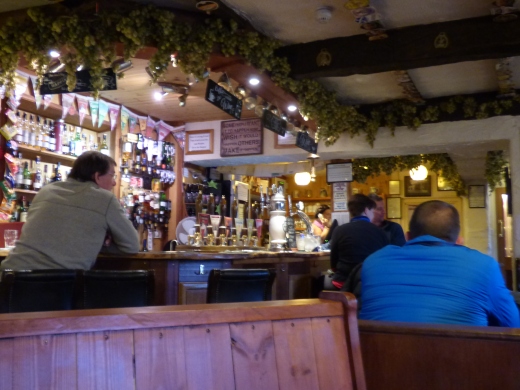 “It’s as big as you,” laughed my companion, nodding at my plate. He had a point. The proper Yorkshire pudding was as big as a small plate. At least the whole daily requirement of vegetables flanked it, roast potatoes and a small mountain of mashed ones too, along with the best part of half a pig. As well as stuffing and apple sauce… Manfully… and hobbitfully… we waded through enough calories to last me a week. And skipped dessert. Then hauled our overstuffed bodies back to the car to get up the hill before it froze. 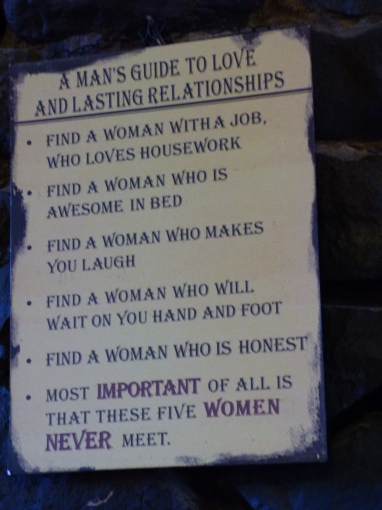 We drove back the way we had come, having seen a hotel on the main road. Bigger than we usually like, but by this time it was dark and although we didn’t know it at the time, the Lutwidge Arms in Holmbrook, with its Lewis Carroll theme, has the best beds ever. And I’ve lived in smaller places than the rooms. The nice lady informed us there was a mechanic in the village, just next door… so we settled in for the night. I found a river in the dark and we walked out to look at the sky. Overhead the vault of heaven arced; the stars were the brightest and clearest we have seen them in a very long time; points of crystal spiralling against an inky blackness undimmed by the lights of man. We had truly seen wonders that day, but none that matched the sky that night. 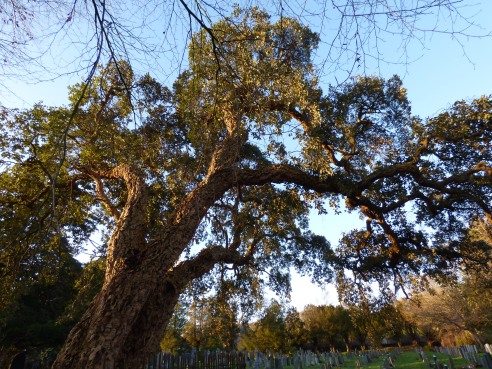