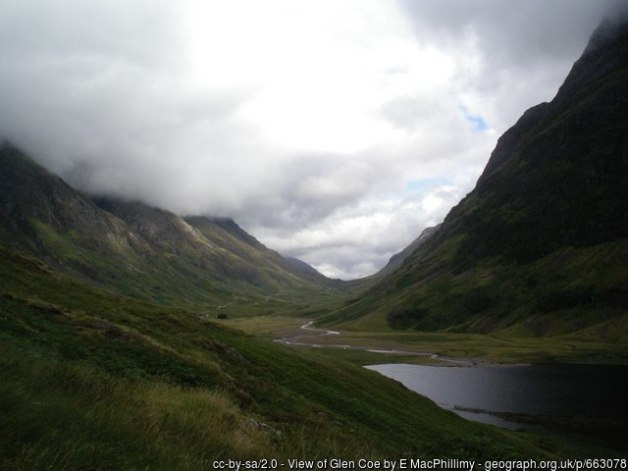 It was already well after eight and the light was beginning to fade as we left Eilean Donan. During the crossing, we had booked a hotel in Ayr and, after two nights of sleeping unprepared in the car, we were looking forward to a shower, a decent bed and a chance to recharge phones and cameras. Even though our plans had changed so dramatically from our expectations, we were still hoping to be able to meet Mary in Dumfries the next day… if we were lucky and could get hold of her… and if she wasn’t busy… even if it was just for a cuppa and a chat.

Usually, we would be rather more careful about the logistics of such a journey… but, still on a dazed high from what we had seen and experienced on the islands, logic had left the premises. I knew the way from the ferry to the main road that leads through the Highlands. Getting to Glasgow would be easy enough and then Ayr would probably be signposted. Mind you… we hadn’t even thought to make a note of the hotel’s address… 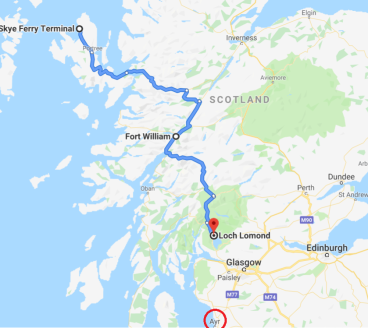 And, even though I know those roads and know that the road through the Highlands is a country road, all twists and turns, it never once entered my head that every mile would take longer than on a motorway.

The first part of the journey was accomplished in fast-fading daylight. We passed beside lochs, through forests and beneath the towering mass of Ben Nevis, Britain’s highest peak. The land here is breathtaking… and we were on a mission, so could not stop to take photographs. I really wanted to reach better roads before the light failed.

We had a last glow of golden light as we passed between the hills of Glen Coe, a place so full of history and legend that it would never fit on a single page… and whose beauty is so majestic and awe-inspiring that no photograph could do it justice. High hills border the narrow road that climbs between waterfalls to a wide plateau above. Here, the road runs straight for miles, punctuated only by the odd vicious bend that could send the unwary skittering down the slopes.

It was here that we finally lost the light. In the dim, grey of dusk, pale shapes and luminous eyes watch the road… it is easy to understand why the area abounds with sightings of ghosts, though the headlights revealed most of them to be small deer. The road seems endless… until it begins, finally, to descend once more.

It was here that we came face to face with a huge red deer that stepped out, ready to cross the road in front of us. Aware of the wildlife around us and the treacherous stretches of road, I was driving with caution and spotted the movement early enough to slow down as I turned a corner that led us beneath the trees. The deer startled a little, but seemed unafraid as it appeared to look us in the eye. Then, almost casually, it turned back into the shadows. It was no more than the briefest of encounters, yet we felt a sense of inter-species recognition that is hard to explain. 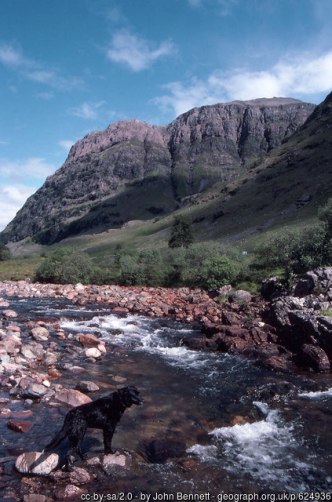 Not long after that encounter, the last shreds of light disappeared and the rain began in earnest, driving against the windscreen. Stuart had the map in hand and discovered that we still had much farther to drive than we had anticipated. When I later checked on the computer, we would find that it was two hundred and seventy country miles from Uig to Ayr… at least a six and a half hour drive on those roads… and I had been driving for most of the day since our early start at Callanish that morning. I was determined to get us to that hotel… but the gods had other plans…