I don’t mind driving on motorways but they are never my first choice of road. While they do, as long as there are no hold-ups, get you from A to B fast, they do not allow for adventures. You cannot stop to admire or explore the land… you can’t see an unknown road and turn down it on the spur of the moment, or head for that odd-shaped hill on the horizon. Once on a motorway, you are pretty much stuck until the appointed exit.

The stretch of motorway that runs between Carlisle and Kirby Lonsdale, though, is seldom busy and passes through such magnificent countryside that I am always glad to drive it. With the hills of the Lake District on one side and the Yorkshire Dales on the other, I know of few other bits of motorway that can compare. And I know it well; I used to drive it every weekend as I delivered the internal mail to a hotel chain around the country. I have driven it on business and for pleasure… and it was here that I kidnapped Stuart and our adventures together first began. 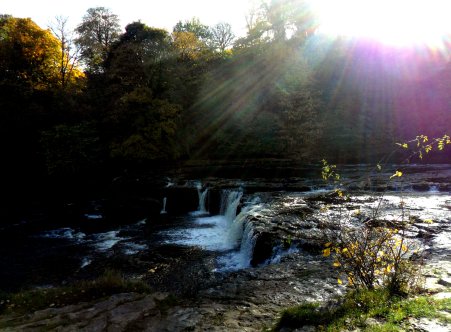 Therefore, although I was reluctant to leave the country lanes and our adventures behind, I dutifully obeyed common sense and got back on the motorway, heading south. I would come off at Kirby Lonsdale, and at least we would have the last hours of the day travelling through Yorkshire… something I am always glad to do.

So quite how I managed to leave at completely the wrong exit, I’ll never know.

I realised straight away and found somewhere to turn around. I supposed I was just still tired, even though I felt absolutely fine. I got back on the motorway and headed south again. And, yet again, inexplicably took the wrong exit. As I had already done that once when we had pulled off in search of a café, in spite of knowing the area so well, this made the third time… and three is a magical number and one that generally requires you to pay attention.

Oddly enough, we were on the same road that we had taken, all those years before, on our first unplanned expedition. That had to be significant. I knew I could get us to Kirby Lonsdale on the back roads… so this time, we did as we were being nudged to do, left the motorway behind and headed for the hills.

Although the roads were fairly familiar, I could not really remember exactly which way they went or where they would lead us. ‘Kirkoswald’, said Stuart, map in hand. The name was familiar… then we remembered that we’d had the place earmarked as a possible lunch stop for our Cumbria workshop last December. But I still couldn’t picture it, which is unusual for me… I usually have a very good memory for the places we have been. 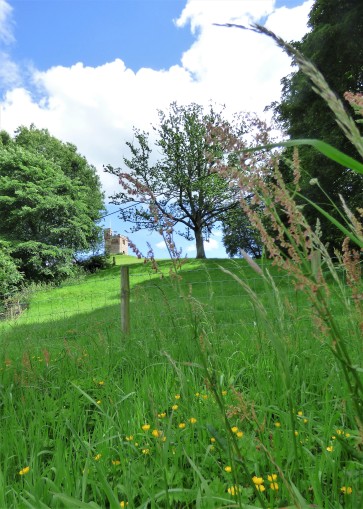 It didn’t fall into place until we came to the top of a hill where we had turned the car around on one of our reconnaissance trips. We stopped at the village shop and noticed a pretty cottage for sale named for the Raven… and anything to do with ravens tends to make us start taking notice. There was a church there that we had also earmarked as a possible stop for the Cumbrian workshop, in case of inclement weather. It was not a church we had visited, though, as we had never found anywhere to park and had overshot the entry by miles.

Maybe, we thought, we could get there this time. So, off we went… and overshot the church yet again. This time though, I found a rather dodgy place to turn around and went back to the village, parking close to the Raven cottage. We knew there was something that had seemed worth seeing at the church, but could not remember what that might be. We had never even looked at pictures of the place. Hoping it would be worth the stop, we passed the odd, detached bell tower on its hill and opened the gate… 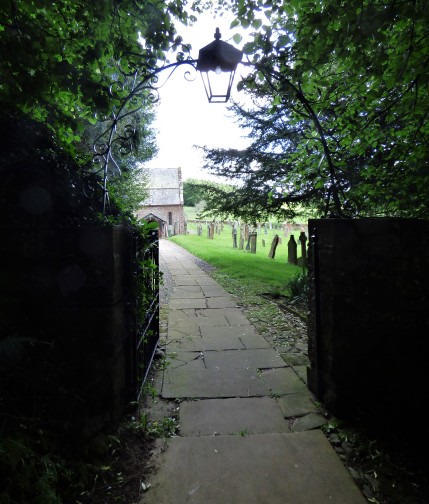