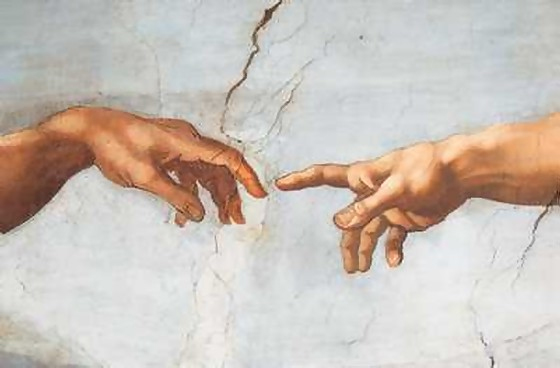 I wrote this entire article before I finally abandoned the attempt to sleep, though of course, I lost most of it on the way downstairs. A pity, it was a brilliant piece as I was dictating it in my mind. Isn’t that always how it is, though? That, like the doorstep wisdom that allows us to find a perfect retort in only retrospect, is the sort of wry irony the mind seems to delight in occasionally.

It is three in the morning and I cannot sleep. I’ve tried for the past couple of hours but have tossed and turned, too warm in spite of the frozen night, my body reminding me of the painkillers I should have taken and my mind hovering around the edges of that odd lucidity that lies somewhere between consciousness and sleep.

By the time the kettle had boiled about all I had left of the mental article was that it spoke about Helen Keller. Firing up the computer I realised how little I actually knew about her at a conscious level. Only that she was counted a heroine and was blind. I could not for the life of me remember more than that through the fuzziness of fatigue although I must know more than that to have woven the article around her. It had made sense on the threshold of dream.

The memory must be stored in there somewhere in the cobwebbed halls of the mind. The Girls Grammar School I attended followed the ‘house’ system, each house being named after a remarkable woman. I was in Ockenden house, but I remember Keller was one of the others and at some point, we must have learned the stories of these women or it would have been a rather pointless exercise to name the houses for them and use them as exemplars.

A glance at the internet reminded me. A truly remarkable woman, Helen Keller was an American writer, speaker, social and political activist, and the first deaf-blind person to earn a Bachelor of Arts degree. Losing both her sight and her hearing after a mystery illness in her second year she had no concept of speech or words and little means of communication until Anne Sullivan began to work with her. The remarkable mind and determination of the woman shines through the rest of her story. So does her courage. There is a quiet fearlessness about her achievements.

Of course, there is also another story intimately linked with hers

and that is Anne Sullivan’s tale, of which less seems known and written. It is quite as remarkable to me to be able to teach such an abstract idea as speech and the naming of individual items and concepts to a child who can neither hear nor see, and to a level of complexity that allowed Keller the freedom to learn and to express herself at the level she attained. It resonates with a tale of patience and determination.

Now forgive me for being a bit fanciful. It is, after all the wee small hours of the morning, and a little surreal here. The house is utterly silent apart from the creaks and groans of its fabric as it attempts to reconcile the warmth inside with the freezing night air, sounding as if a small army of ghosts are populating its very bones. Even the dog merely opened one eye and looked at my wakefulness in disgust.

It seemed to me as I read the stories of these two remarkable women that there was a parallel here for the relationship between the levels of human consciousness. On the one hand, there is the child, closed in from so much awareness by the lack of sight and sound, unable to comprehend that each item in her world can be individually named, that even abstract things like emotions can be described, discussed, communicated. Unaware that words exist and therefore restricted in her learning to what she directly experiences. On the other hand, there is the teacher, fully aware of the possibilities of language, seeing the potential in the child yet powerless to open the floodgates of possibility until a line of communication is found and established.

This seems such a similar thing to the way we ourselves stand in our quest for spiritual progress, where the physical self is limited by the form and the senses, yet within there is a higher consciousness that is struggling to reach us on a level we can understand and communicate something beyond the realm of physical experience.

Even at three in the morning when we ought to be asleep.

5 thoughts on “Levels of communication”