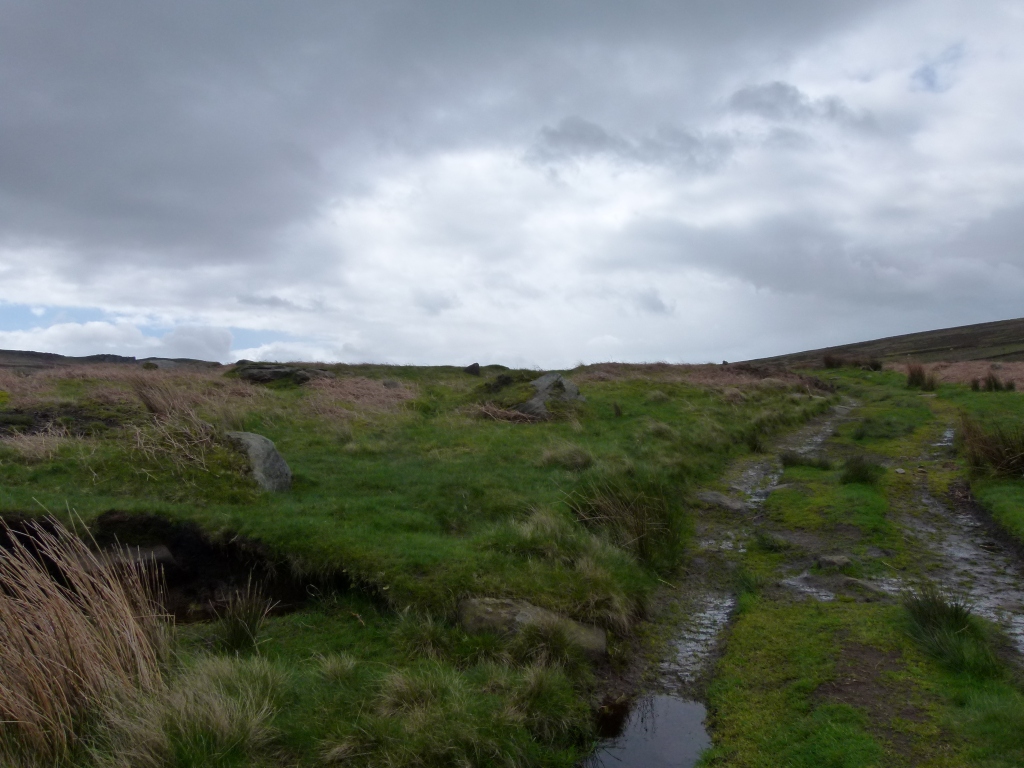 Looking through the pictures of that first weekend it seems incredible that we managed to do so much. Especially, I have to say, when the weather was particularly and pointedly disobliging. It had begun as a grey northern day with superb iron skies clinging to the moors. It had rained substantially overnight and our early morning coffee was accompanied by the hopeful old saw… ‘rain before seven, shine before eleven’. And shine it did. Briefly. And with that sense of humour, the weather seems to have in the north. We were going to get wet. 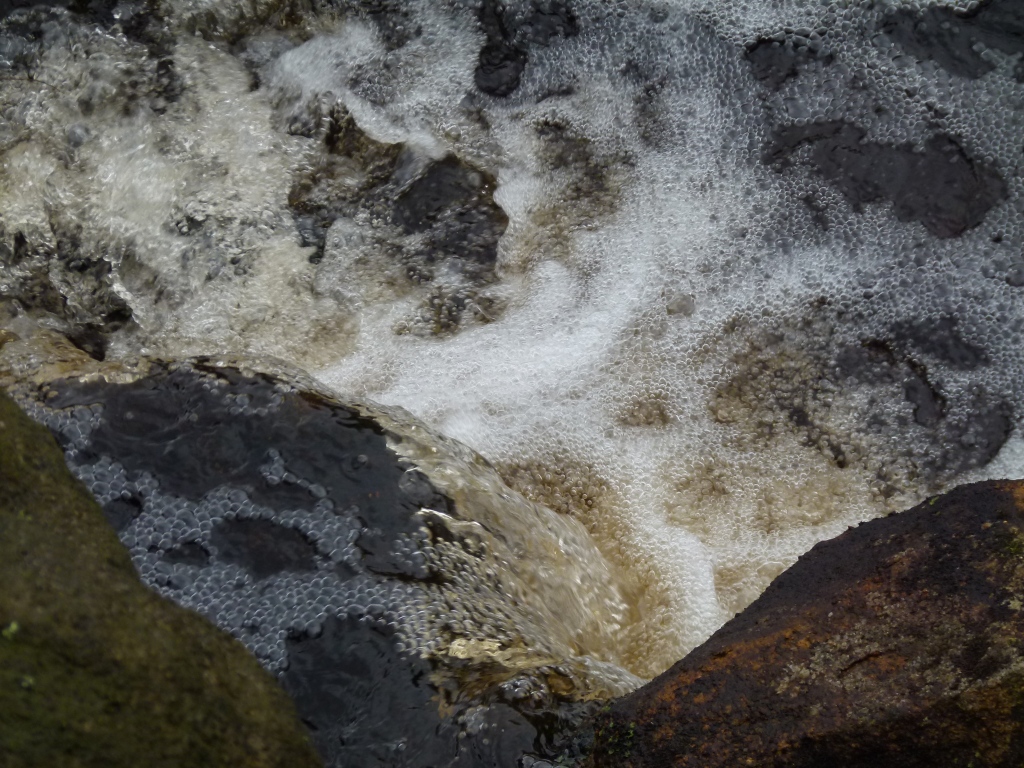 We parked at Cutthroat Bridge. I just looked up the name, curious as to what ancient tale it related. Apparently, the bridge was named locally after a man who was found at Highshaw Clough some 400 years ago with a wound in his throat. Carried to a nearby house he died two days later. More recently a headless body was found there, so the name continues. Not a pleasant association for such a lovely spot, even on a day where the skies and land were inseparably huddled close and wept.

Weather and legend notwithstanding, the three of us climbed through the stand of trees to the moor, paddling through pathways that became rushing streams as they sloped down to the narrow torrent in the valley. In the distance, the Edge looms above the moorland that still wears winter russet amid the emerald greens of spring. After the initial climb, we headed across the moor towards a small shelter as the rain came down, beating a life-affirming tattoo on the rusted corrugated roof; a place to rest, reflect and share a moment with the customs of an ancient folk which seemed perfect for the time and place, breathing in the clean scent of cedar gathered half a world away.

We walked higher up the moor, tracing the patterns of the ancient landscape, circles and enclosures, cairns and trackways, speculating on one of my pet theories while heading towards an interesting mound. No luck, it was just a grouse butt and we spoke instead of the birds. We had seen an ibis perched on a very special stone here not so long ago… an ibis, we had laughed, assuming it to be a curlew. Yet a glance through a bird spotting book had thrown up the surprise that we do indeed get ibis here… and we did so again, perched on one of the dry stone walls that snake across the landscape. We had grouse too, leading us away from the chicks. The thought of their slaughter sat ill with the morning.

The sun came out long enough for us to explore the rock formations seen from on high. Our guest found a convenient rock and lay there for a while, drinking in the beauty and the spirit of the place while we retired to a distance to watch the grouse. As we finally approached the stone circle we had come to see, squelching through sodden peat, the heavens opened in earnest. The rains came down… or across, really, as wind and water pelted us horizontally. On the exposed plateau there is nowhere to hide, from the elements or from yourself.

Disposing of the dismembered bird in the circle we spent some time with the stones. The rain was insistent, persistent and cold. The menfolk sought shelter beneath and behind the sacred stones on the edge of the moor while the idiot photographer continued to click the shutter, capturing the image of something feral in the rain until the lens was too wet to see.

We descended. And the rain stopped. Dripping, frozen and in need of sustenance we finally regained the car, steaming up the windows almost immediately. It had been quite a morning. We stopped briefly to look out over the reservoir towards the hills. Across the water looms the pyramid of Win Hill. On the other bank, the odd shape of Crook Hill. A little behind us Ladybower Tor, yet another place on our to-do list of hills looms over the mellow stone of the pub. They all need to be climbed. But at that moment there seemed only one thing to do… head on over to the Ladybower inn for lunch. We were going to need it… we had plans for the rest of the day…