We had stumbled across a lovely old pub with an interesting name. It promised lunch and, being Somerset, also cider. We may have taken a little while… lunch was superb. Then back on the road towards the west and our target of Brent Knoll, the hill that had been lit for us by a sunbeam so long ago now.

To think I had camped in its shadow and known so little about the place less than twenty years ago seems incredible. These days we tap in a search term and get information in milliseconds… or, in the case of my internet connection lately, in the time it takes for the kettle to boil. Back then, of course, you had to have read the right book or spoken to the right person. Knowledge… we take it so much for granted but the internet has been both a joy and a gift in that respect. 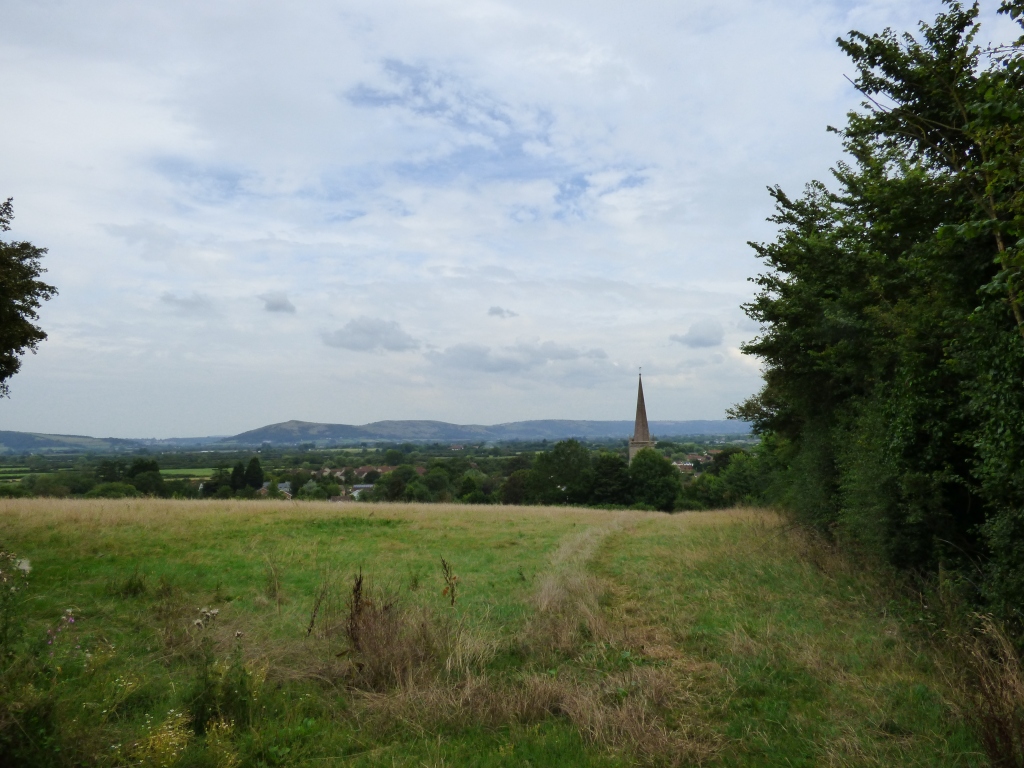 I could have had access to the web earlier but my partner knew me all too well. These were the days when I had to be forcibly frog-marched past antiquarian bookshops before their uncanny lure drew me into their dusty time-warp and left me there for unconscionable periods. “Let you have instant access to every book ever written? No chance… you’d never move again!” He had a point, I admit. Yet books are still my first love. They are to be touched, caressed, inhaled and savoured… curled up with in a cosy corner… carried with you wherever you go…

See? I can’t even be trusted to think about them without wandering off at a tangent!

Where was I? Brent Knoll. Even the name of it, you see… it may be derived from the Celtic term for ‘high place’, or the Old English for ‘burnt’… both of which tie in beautifully with the discoveries we have made since beginning to write The Initiate last year. There is a possibility the settlement was burned by the Danes and immediately that conjures shades of Wincobank… there is evidence of Bronze Age occupation and a multivariate Iron Age hillfort on top of the hill that stands some four hundred and fifty feet above the levels, looking far bigger that it really is because of the surrounding countryside.

Then, of course, there are the legends; the Arthurian connection, which, in this part of the world is no surprise. The hill was once called the Isle of Frogs when the waters still surrounded it, making it an island cut off by the sea. It is said that Ider, son of Nuth came here on a quest to slay three giants.. it is also said that the hill may have been Mons Badonicus, the Mount Badon of King Arthur’s legendary battle where he is said to have finally defeated his foes, carrying the banner of the Christ before him. Accounts vary from legend to history and back again, but here too there were flames. Today at Easter three crosses are carried up the hill to be erected and blessed. And then, of course, there is an ancient church there…

And none of this I had known before. Most of it would have caught my interest, but only in a disjointed and disconnected way… each subject held its own fascination but it is really the work we have done on the books that has brought so many streams of interest together into what has fast become a river of wonder flowing into a sea of realisation.

I would, however, on that first visit, simply have been amazed to know that Brent Knoll was the ‘Bell Knowle’ of Dion Fortune’s Sea Priestess. I remember seeing a hill in the far distance and wondering if it was Glastonbury Tor.. . another legendary place I had then yet to see. As the sun beat down we headed into the shadow of the hill and found a place to park.