The little museum didn’t open for a while so coffee and toasted teacakes seemed to be called for and a brief meeting to discuss School business while our companions wandered off to inspect the little town before we reconvened. 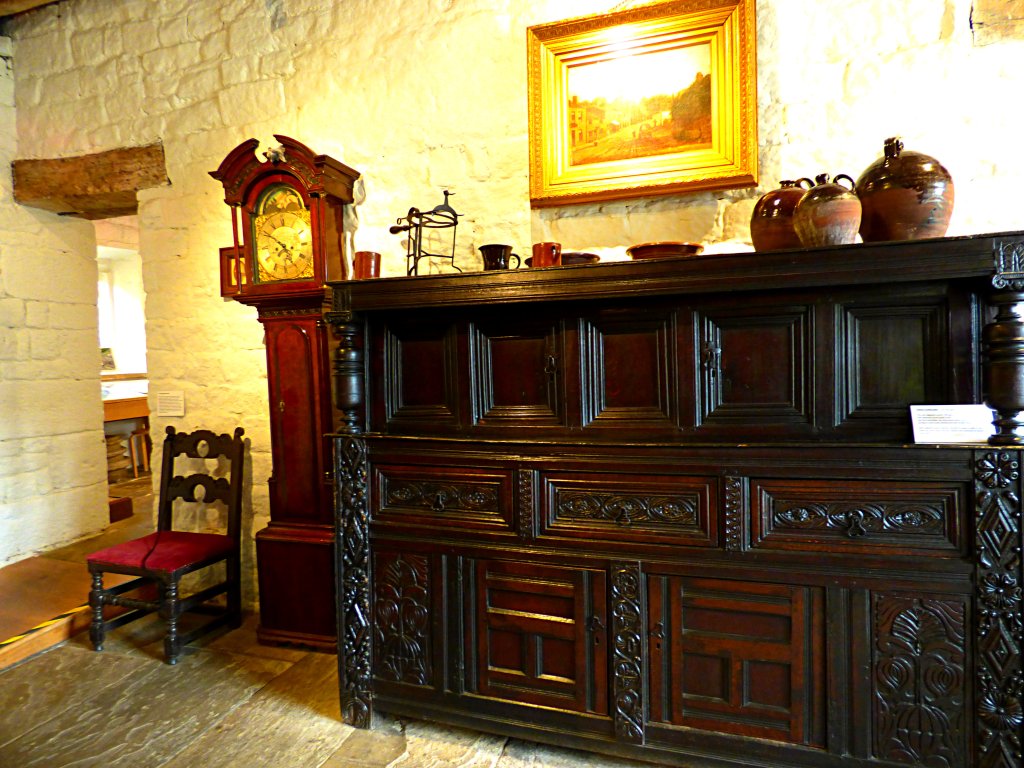 The museum in Ilkley is housed in the ‘castle’, a manor house built on part of the ancient Roman site of the fortress of Olicana. The house itself dates back to the 1300’s although most of the building that now stands here was built in the 17th century. It is a beautiful old place in itself, with the mellow golden stone against the cobbles, mullioned windows, its dovecote under the eaves and heavy slabs of stone in lieu of roof tiles that are so typical of the area and which, to me, speak of home. There is something about the solidity of these old, stone-built houses… you can feel it as soon as you walk in, as if you are leaving the whole concept of time behind and entering a crystal cavern that sings life back to you somehow. Fanciful, I know, but then, I can’t help it. I’m in love with stone.

I hadn’t been inside for many years, not since my childhood, so I had little idea what to expect and was relieved to see that the place had been allowed to retain its own charm; the house itself is as much a museum piece as anything it holds within its walls. The great fireplace still draws the eye in the hall and a huge oak table occupies the centre of the room. Periods snuggle up together as they should, the evolution of our daily lives is played out here where old oak and earthenware mingle with computer screens that allow less able visitors to see the upper rooms and their exhibits.

There is a warmth in old oak that reminds me always of my grandfather, who worked with the wood sometimes and who made me a little octagonal table I loved when I was a child. Nothing as grand as these things, but the cradle too reminded me of one made for my eldest son by his grandfather and carved with shells. 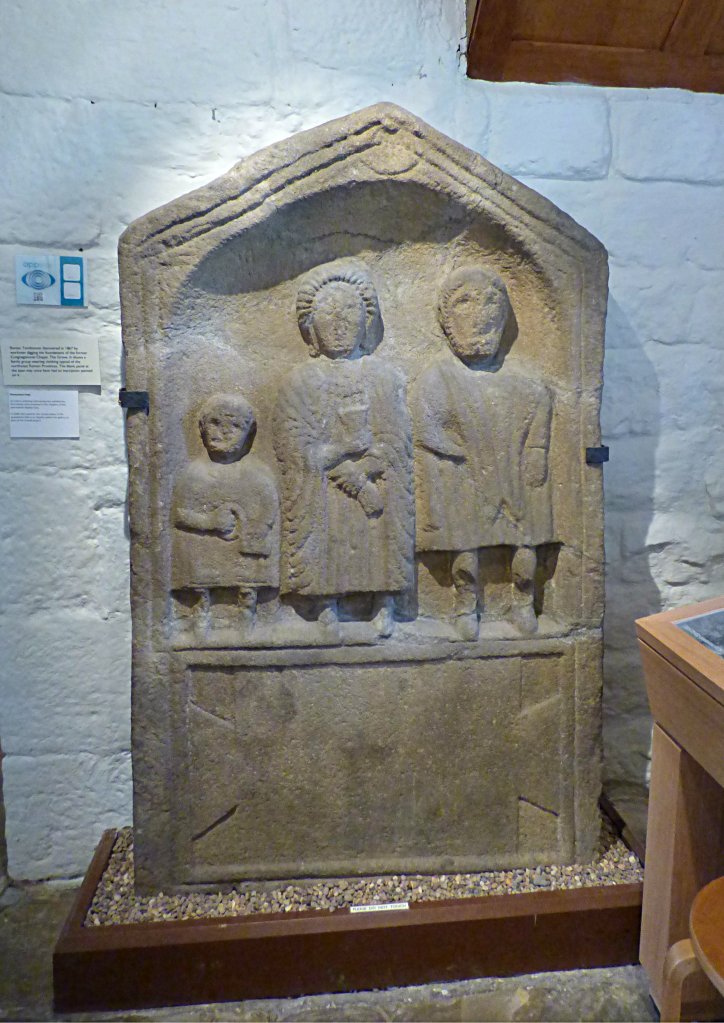 It was the second room that drew me though, full of relics of the more ancient past. A Roman gravestone depicts a family; mother, father and child. Another shows a Romano-British woman… real people whose lives played out here. Fragments of Saxon carvings line the fireplace. 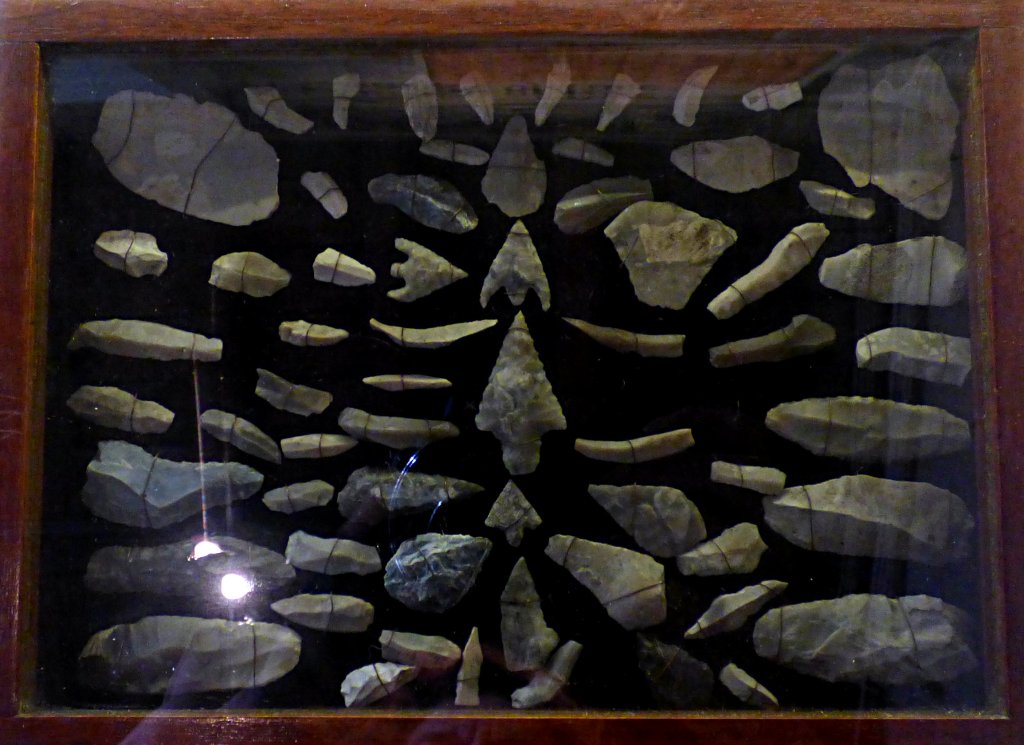 Flint tools collected on the moor and ancient axe-heads take us back ever further and these too I remember collecting with my grandfather. Ancient faces carved in sandstone look back from the windowsill, portraits of people long forgotten whose shades linger in stone. Sherds of Samian ware, its rich, Mediterranean red so out of place in a land of grey and russet, carry images of hare and deer cavorting across the centuries. Perhaps most pertinent of all for me the tiny bronze figurine of a local god holding a bird above whose head a hawk is flying.

Somehow it seems as if time and distance have ceased to matter here. Rome and the lands of the Saxon invaders are brought to life amid Stone Age tools, old oak and shaped stone, all beneath one roof. The past is alive in the present, without the imposed barriers of our perception; without the linear dismemberment of time or miles. All that remains is a human family in a single home, whose lives echo one another because they are intrinsically linked. In the household items of the past we see our own present; in the families of then we see our own now and in their search for meaning our own is foreshadowed as we ourselves become the ancestors of tomorrow.

1 thought on “The past in the present”