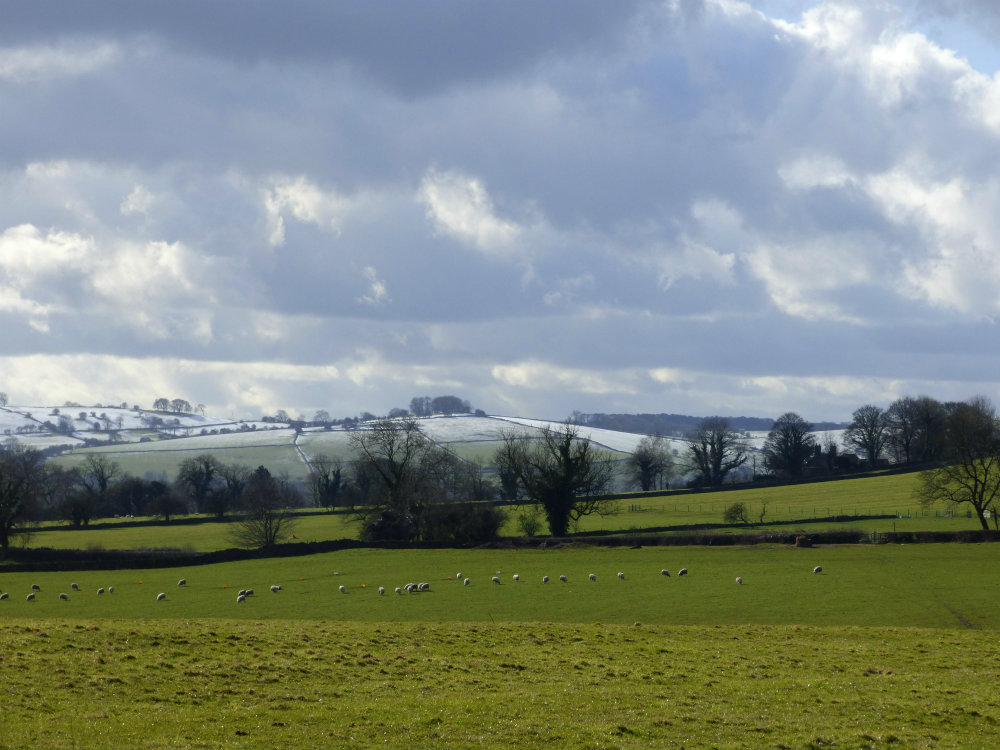 It had taken longer than I had thought to get to Bradbourne. It is odd, but that last hour of the journey north seems to take no time at all. I don’t mean it seems short… but that there is no time-to-destination. I am already ‘there’. So it had been a bit of a surprise how long it took driving the same road southwards instead. Rather than ‘waste what was left of the afternoon, therefore, we decided to take the main roads back. 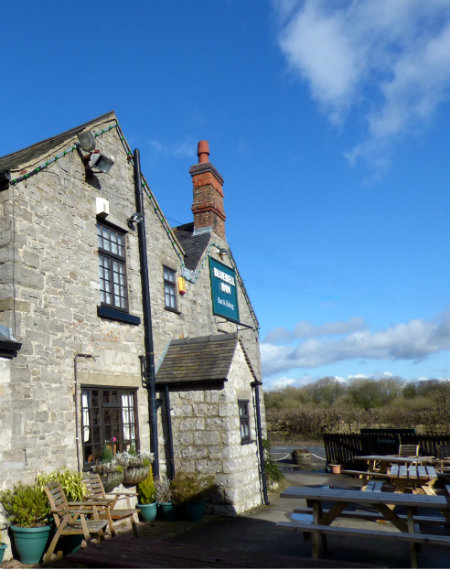 Now, by main road, I do not for one moment mean motorways… just a road with a single lane wide enough for traffic each way to pass in comfort. It still snakes through the hills and villages, passing the ancient barrows and mounds. And, critically at that point of the day, I happened to know there were one or two hostelries likely to be open for lunch. So, we thought we might as well call in at one in search of sustenance. We chose the Bluebell just outside Tissington and, after looking out over sunlit fields to snow crowned hills, we settled into the warmth of the old inn. 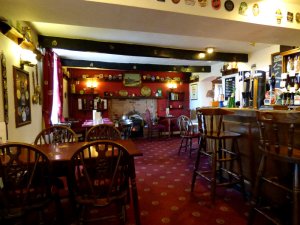 We were technically in Tissington, though we weren’t. The village itself lies off the road and through what appear to be the gates to a private demesne much to my companion’s consternation. We passed through the ancient ridge and furrow  fields and dropped down into the village, parking by one of the wells for which the place is so famous. 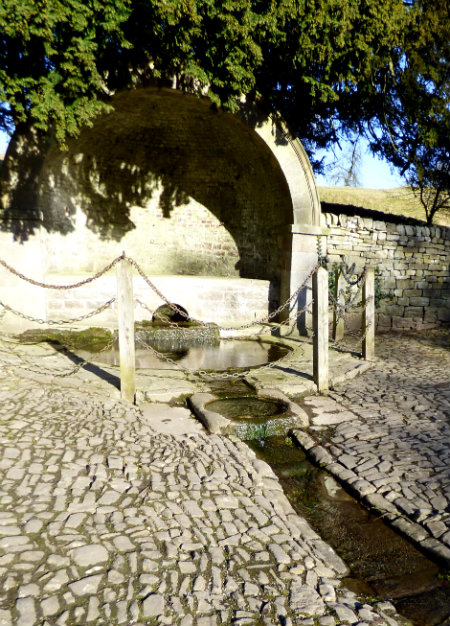 Each year the well dressings draw thousands of visitors to see the petal pictures and many come to see the old Hall. It always reminds me of a phrase I once read… ‘England is a land of chimneypots’. In winter you have the place almost to yourself. 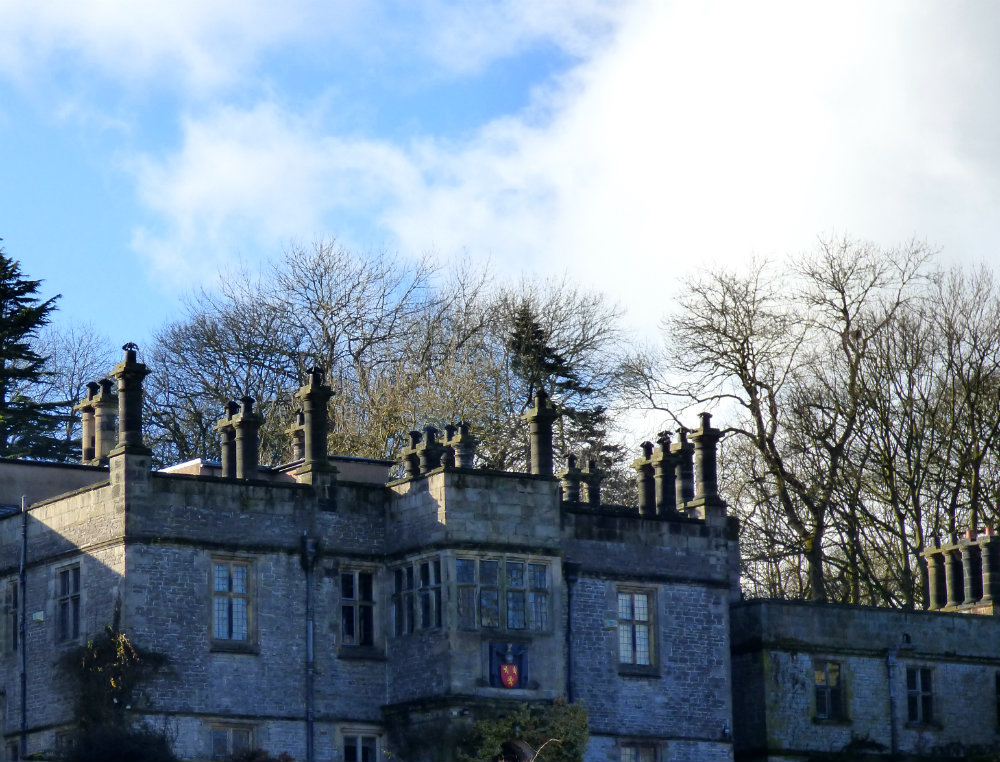 We were not here for the Hall, no matter how much history resides within its walls. We crossed the stream that runs through the village and headed up towards the church. In the field is an ancient earthwork of which little is known. It has been established that it was used during the Civil War around 1644 when Tissington Hall was besieged, but it may be an ancient earthwork that was reused. 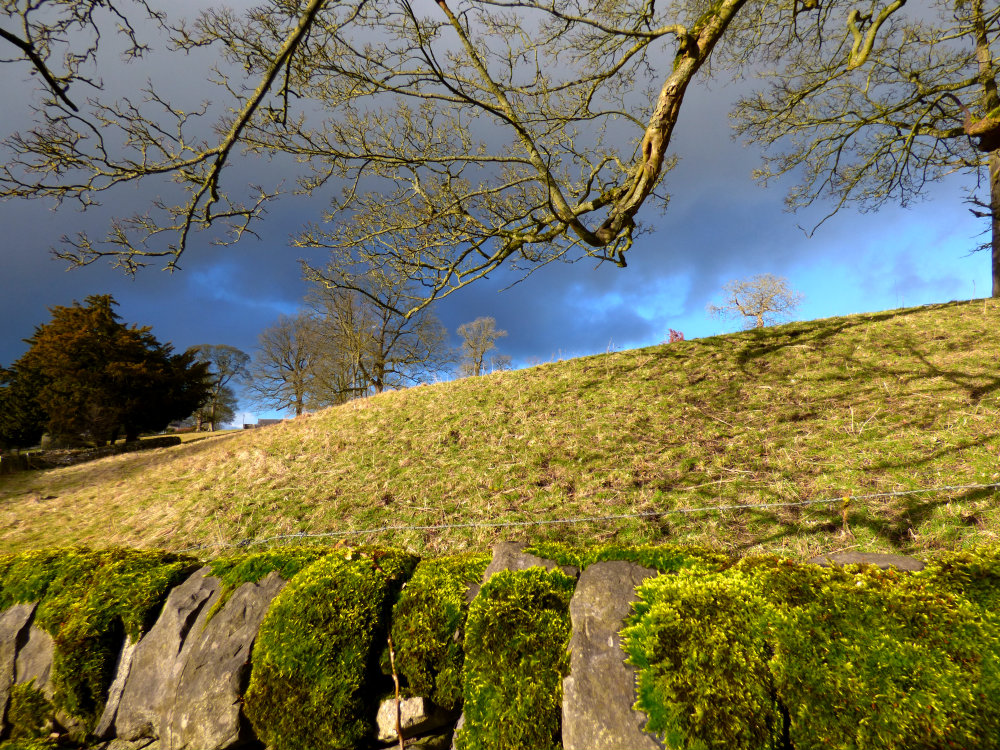 The light was amazing… blue skies on one hand that looked like spring, dark clouds on the other rolling in. The colours changed with every step as we walked up to the tall memorial cross of Celtic design that stands in the churchyard. It is a modern thing, of course, but the pattern is the Irish one and we have wondered where the stonemasons get their designs… are they replicas of ancient crosses or modern interpretations? 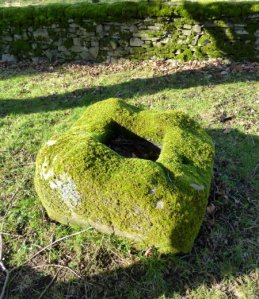 A more ancient base for a standing cross lies forlorn in the grass beside banks of snowdrops and aconite. I had been here once before but had not explored the churchyard that time, though the snowdrops had been in flower then too. I did, however, know what we would find inside… 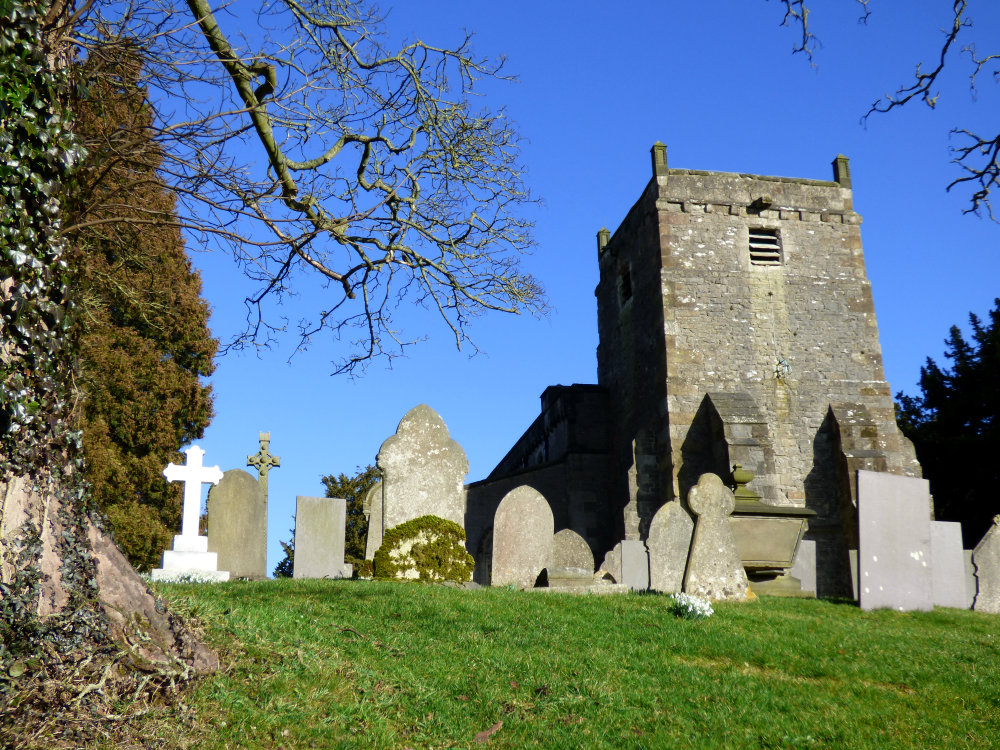