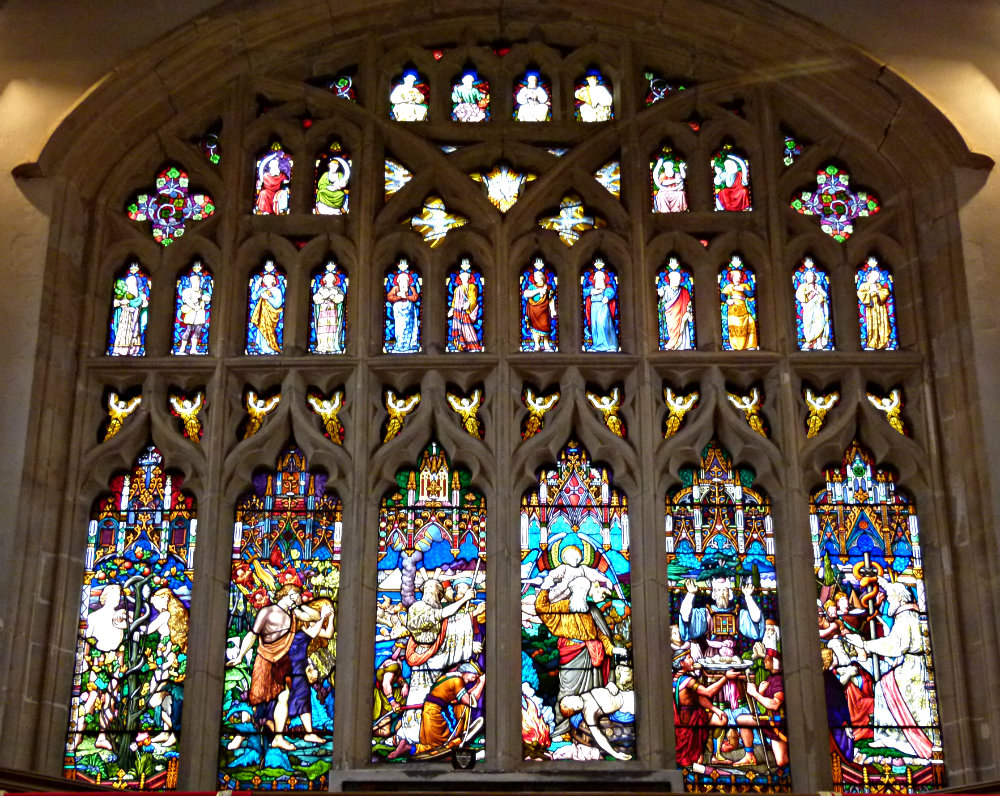 We wouldn’t have much time, the three of us. My friends were arriving a mere day after I got home and one of them was away to London the next afternoon. Still, we had the evening and a meal at the local hostelry over which to talk and catch up on the Transatlantic gossip and the important things, like just being with each other for a while. Email is all very well in its way and I wouldn’t be without it, but you can’t beat eye to eye, smile to smile contact. Oceans can be far too wide sometimes. 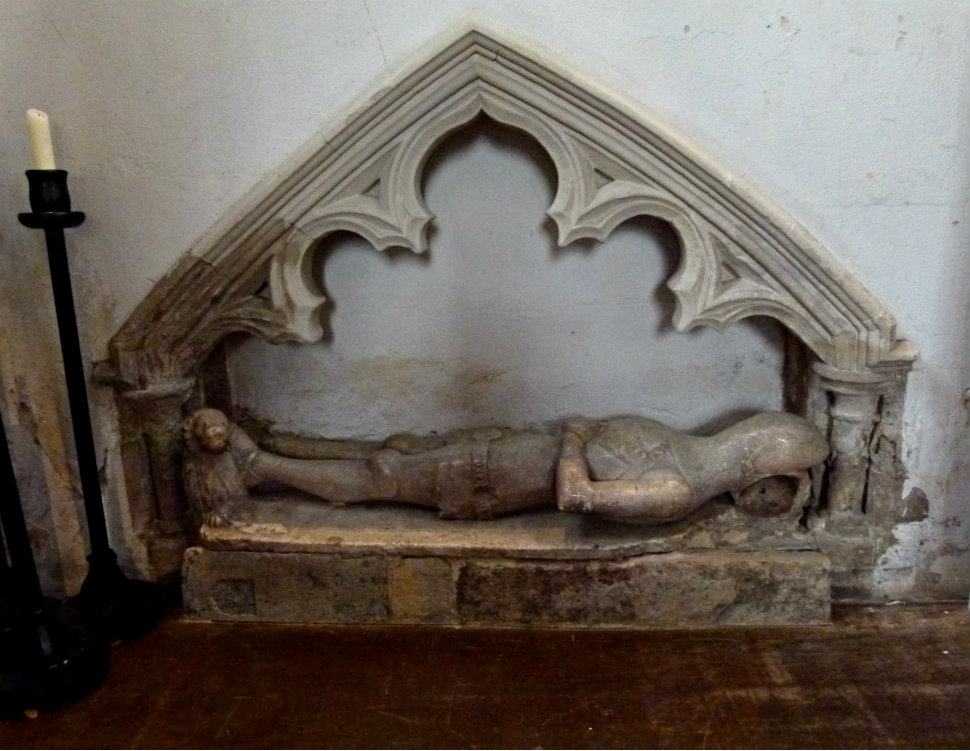 Next morning I was down to Nick’s where my friends joined me when they were packed from the hotel. We had a little time before the train was due to leave so we went into the town to see a tomb in St Mary’s church. The parish church of St Mary the Virgin sits quietly in the old town, surrounded by the few surviving streets of historic houses. There was a church on this site in Saxon times, around 570AD and evidence remains of that early building in the crypt. The present church, however, dates back only to around 1200, with later additions and alterations spanning the centuries.

The building continues to evolve. When my son sang soprano in the choir there, the interior was still full of old wooden pews. Now it is a wide space with a stage around the Norman ‘Aylesbury’ font, a particular style that is found in the area. The space is used for purposes both religious and secular and we were lucky enough to arrive for the rehearsal of a concert of violin and piano. The acoustics are magnificent. 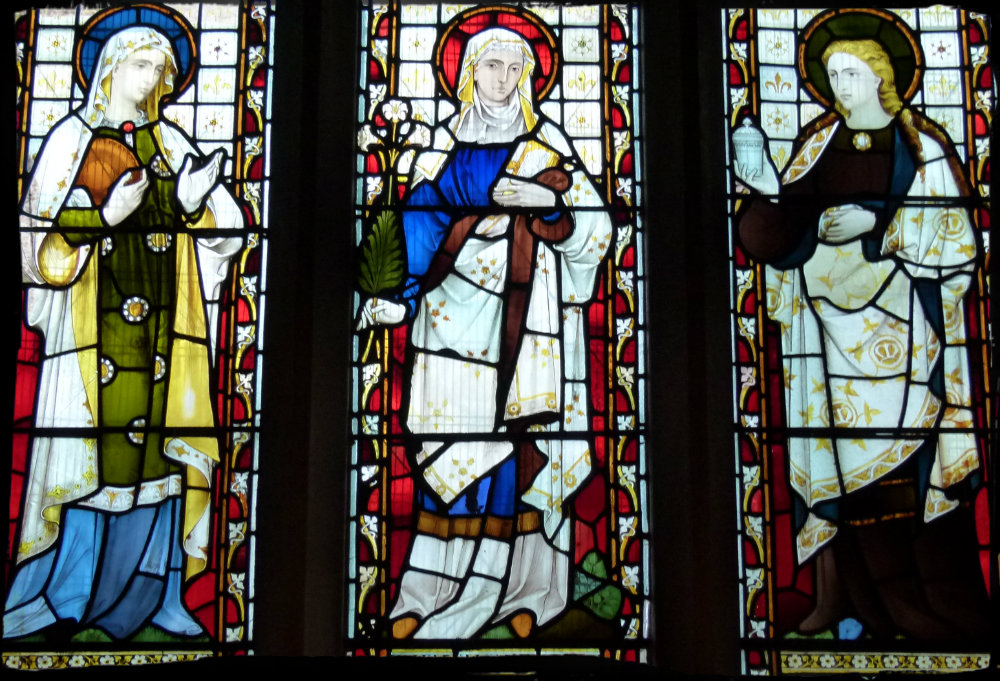 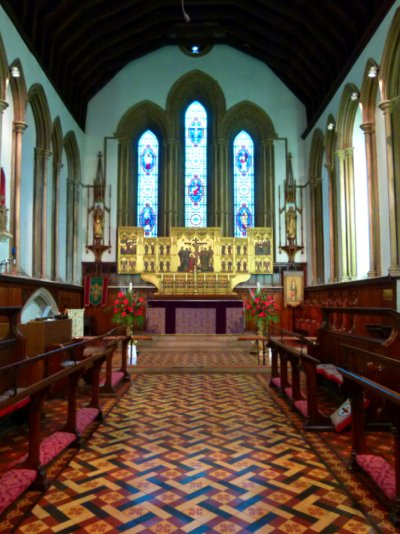 Some traditional features are still preserved though. A knight lies sleeping in pale silence, but it was the tomb of Lady Lee we had come to see. A formidable looking woman, knelt in prayer amongst her alabaster children for nearly five hundred years. Her husband, Sir Henry Lee of Quarrendon, was personal Champion to Queen Elizabeth I. he had founded the Grammar School, housed within the church at its beginnings. My sons had attended the school five centuries later and the remains of his home were one of the first places we had visited, finding the traces in the fields when we had first moved south. The verse upon her tomb (included with the picture above) requests that her resting place be strewn with crimson flowers… and to this day fresh crimson blooms are placed there. 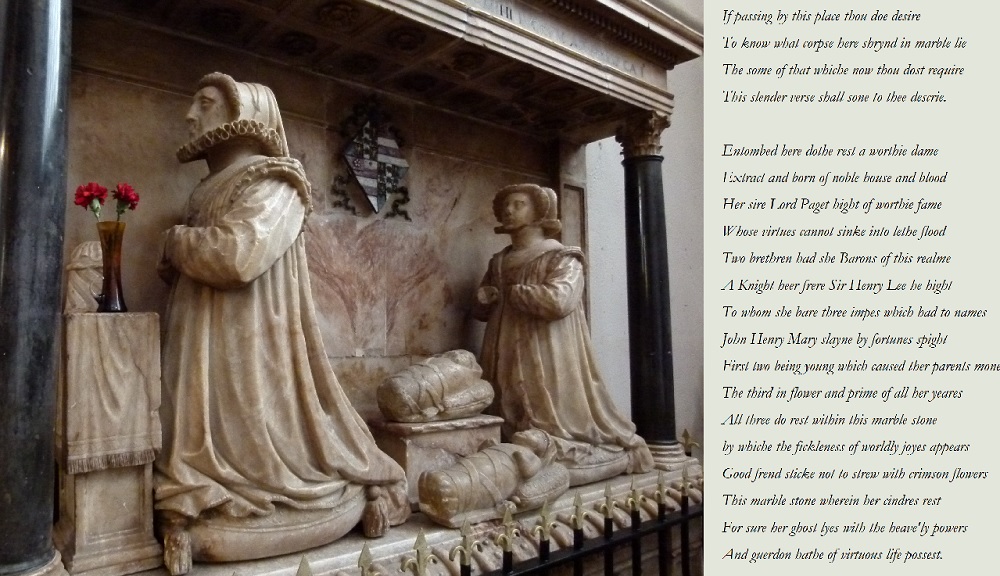 1 thought on “Where were we? Going local…”