As we walked towards Carn Llidi, we were surprised to see a little herd of Welsh ponies grazing on the hillside. These hardy and resilient ponies still live a semi-feral life here. They are beautiful creatures and very much a part of the land and its history, having ploughed its fields, carried its warriors and worked in its mines for centuries. It is known that there have been ponies here for well over three and a half thousand years and who knows how much longer before that. At some point in their long history, they were bred with Arabian horses and that bloodline too runs in their veins. I knew of the wild ponies of Snowdonia, a genetically unique group that was decimated in recent years by severe winter weather that wiped out almost half the population, but had not expected to see them at St David’s Head.

I remember seeing the news story when the last pit ponies were brought up from the mines. Smaller breeds, like Shetlands and the Welsh ponies were preferred as they could go where even mechanisation could not, each hauling thirty tons of coal a day in eight-hour shifts. Ponies were used in the mines from 1750, and the last pit pony was retired only in 1999. I remember too my great-uncle’s stories of them and how they worked underground for years, though some were brought up for a short holiday annually when the mines closed. When they came out into the sunlight, they could not see… after so long in the dark it took them some time to adjust to the daylight. The ponies would be taken underground at four years old and could work, if they survived, until their twenties. In deep shaft mines, they were stabled in the mine itself and cared for by the miners as well as their owners. The management were looking after an asset… the miners for a fellow worker who shared both their labour and the danger. Even in modern times, coal mining was deadly work and there were many stories of how the ponies’ sense of danger helped save their human partners. 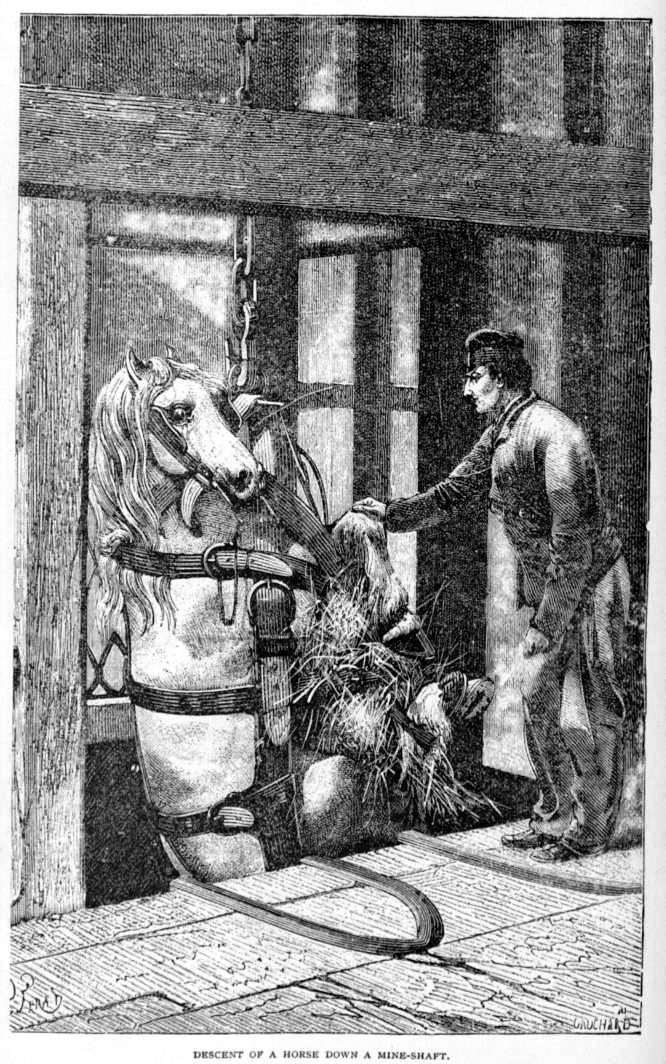 My great-uncle took me to meet some of the ponies one day during their annual break. He taught me, a small girl then, how to hold out the apples and the mints that they loved without risking my fingers. To see them grazing, wild in the heather, is a very different thing from seeing their coal-stained coats that no amount of grooming could clean… just like my uncle’s hands. Those, I remember well, large, shapely hands, calloused and strong, yet always tinged with black. The coal dust killed him in the end… a lifetime of breathing it unprotected, just as it must have affected so many of the ponies. It was an unnatural life, away from the fresh air and sunlight, away from the green… and a joy to see them free on the hillside as we climbed.

The ponies were not the only wild beauties there. The exuberance of summer wildflowers alone was quite something to see. Many of them grow low to the ground in response to the coastal wind and weather… you do not see them from afar, but honeysuckle and wild rose ramble through the gorse and bracken. Tall spires of foxglove stand proud above the greenery and with every step new flowers turned multicoloured faces to the sun.

The sun was really beating down and we were all glad when the path reached its crest and began to descend ahead of us. We were hot and tired… we had all driven a long way that day… and, not realising how hot it would get or the scope of the landscape, few of us had brought water. At a fork in the path, we should have ascended further, climbing Carn Llidi to the WWII gun emplacements and the twin chambered tombs on the slopes of the hill before climbing to the top. With some regret, we went down instead… all but one of us, who climbed the hill alone. Much as I would have liked to see the tombs, my feet… clad, for once, in sensible walking shoes… were painfully protesting the heat and the abuse of the previous weeks. The shoes had to go… but first, we had to get down.

The stone walls between which we walked were covered in flowers, bees and butterflies. Birds sang everywhere, but none as loudly as a tiny virtuoso perched on a thorn bush. I didn’t recognise him.. though I thought he was a warbler of some sort. I wondered if he might be one of the few remaining marsh warblers, famed for their song… he certainly deserved to be, both in volume and virtuosity. You would not believe that such a tiny thing could sing so loudly.

It was both wonderful and shocking to realise this might have been a marsh warbler. I am no expert on birds… but he looked rather like one when I tried to identify him later. If he was, then to see and hear him was even more of a privilege as there are thought to be only six or eight breeding pairs left in the UK and the little birds are on the red list for conservation.

There were other birds too though…many of them just youngsters, newly fledged and wearing their juvenile colours. Like the young robin that frequents my garden, you cannot tell what they are at first glance… their feathers do not yet identify them and you have to see how they walk and how they hold themselves to know what they are.

We expect a robin to have a red breast and a blackbird to be black. When they are not, we puzzle for a while to know what it is that we see. Expectations and appearances can blind us to reality, so we have to reach beyond them before we can see and know what is real.

We finally made it down after a superb afternoon in the loveliest of places. Soon we would all gather for dinner in St David’s itself, but for the moment, there was a cool breeze and the shimmer of sunlight on the sea. The shoes and socks were off… the trousers rolled and we let the clear waters wash away the heat from aching feet, leaving behind only the balm and memory of beauty.