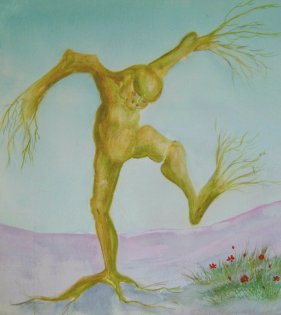 It is quite possible that the humble barley seed, or kush,  whilst representative of one second in time was also the basis for the staple of our first civilisation.

They have the ‘ring’ of authenticity about them these terms which must once have stood at the pinnacle of the human endeavour to comprehend.

To ‘fathom’ means to measure but also to understand and is roughly equal to the length of a ‘grown man’s’ outstretched arms.

Something which is ‘fathomless’ then means something too big for you to get to grips with, quite literally.

It is also the preferred length measurement for sounding depths.

Perhaps, because the outstretched arms span the heart?

There is an inherent value judgement here which must be very old.

Depth is harder to understand than length and harder to measure.

One is either travelling through, earth, water or air…

So it must be worth more in terms of expended effort.

The vertical carries more weight than the horizontal.

A yard is not quite so hard to compass.

Because of the nature of league tables we had always assumed that leagues were a depth measurement but apparently not, they too refer to length.

But what of ‘Seven League Boots’?

Sensibly, they should allow a stride of twenty-one miles or perhaps a jump of forty-two but they do neither.

In the Folk Record they are used to keep pace  with Giant’s who step from hill to hill or from site to site which map out the lay of the land.

In real time such sites appear to mark the natural thresholds of eye-sight, and the daily trek on foot…

In other words they make the step up from feet to miles.

The distance they cover then is far vaster and their ramifications even more so but not without possible compass for the finely tuned mind to consider.

If anyone does ever come across a pair of Seven League Boots, we would be grateful were you to let us know!

In the Land of the Living Heart

Weland: She’ll never get there.

Brig: But I have a poem for her.

Weland: Which she will never receive.

A mist of mists on the Old-Wives-Way…

Lay me down beneath an Iron Sky

In the centred stillness of a Dragon-Eye

And let sweet-odorous heather be my pall

On a speaking hill where angel-feathers fall

With earth beneath my skin and sky above

I shall await, in silence, the descent of love… 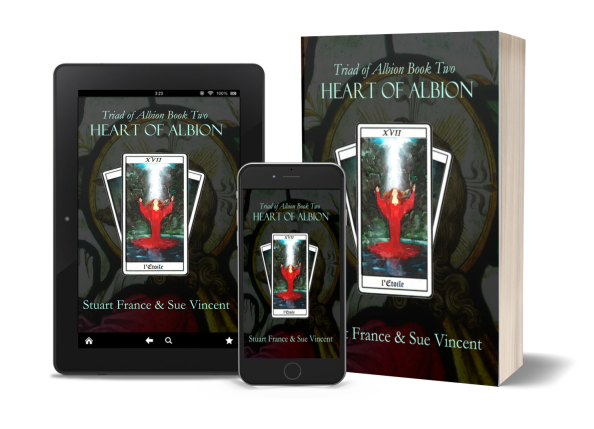