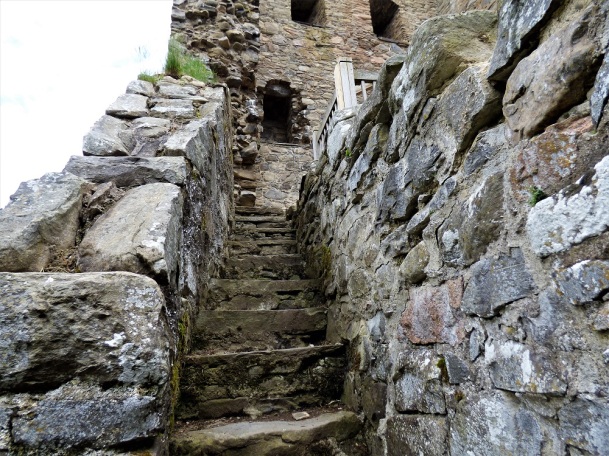 Sometimes, on these workshops, the land and the sites are so well chosen that they need do little except be there in order to remind us that we are not simply here as sightseers… we are here engaged on spiritual work. As we climbed the winding path up the mound, Drumin Castle gave the illusion of being almost complete. The walls of the medieval tower house made a perfect illustration of the ego-illusion of wholeness we present to our world… and to ourselves… with, we were to find, the facade hiding only memory and time-ruined hollowness within. 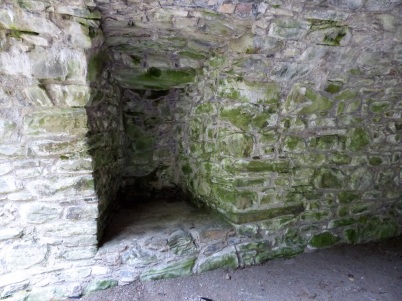 Empty windows look out across the confluence of the Livet and Avon rivers, making this a perfectly sited defensive tower. Every approach can be watched across three valleys and it is, itself, an imposing structure. Like the walls raised by the ego to keep the kernel of individuality safe and isolated within its shell, the exterior of Drumin is designed to say, ‘this far and no further’… at least, not without permission and watchful eyes. Some of those eyes belong to Nature, though, especially these days. The defensive portals now hold only great nests and jackdaws chittered and fussed as we disturbed their younglings. 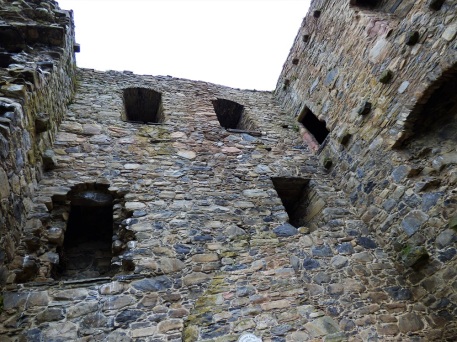 Drumin was built in the 1370s by Alexander Stewart, the notorious Wolf of Badenoch who had once attacked Elgin cathedral. It was almost certainly built on the site of an Iron Age fort and, with the cairn and stone circle of Doune of Dalmore just across the Livet, may have been part of yet another of those prehistoric sites where the lands of the living and those of the ancestors were separated by water. 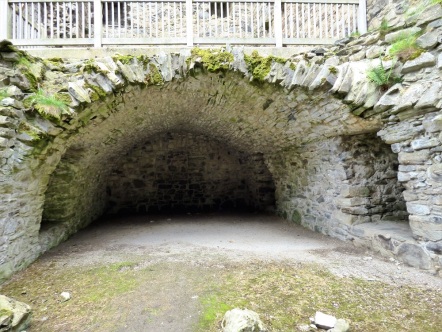 As we entered the tower, I was struck by the resemblance to the Red Tower at Penrith Castle which we had visited on a previous workshop. The great supporting arch had sheltered us there from the bitter December wind and rain. This weekend, we had been far luckier with the weather, but the arch was almost identical.

Above it, one floor allowed a glimpse through vacant windows and thick walls, with a wonderful view over the river valleys below. It has a solid feel… a castle built to last… and yet, the apparently strong fortress had a lifespan little more than our own, falling into disuse around a century after it was built. 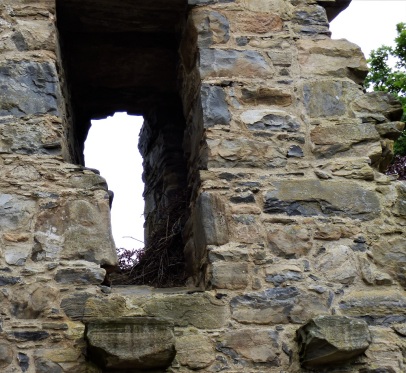 Below the castle, however, is a walled garden. Almost an orchard. ‘Almost’ because the trees of the community orchard are still very young. It is a beautiful and peaceful place… sheltered, protected and yet very much a part of its landscape.

The contrast between the defunct, isolated tower and the vibrant green life of the communal garden is quite striking, both visually and symbolically, especially given their relationship and dependence on each other. So it made a perfect place to construct our pentagrams once again and walk the pattern of our own psyche on their lines. 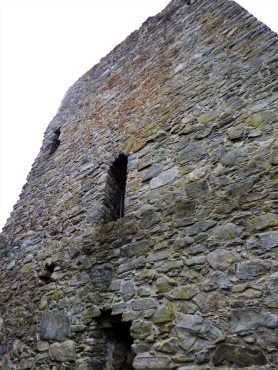 When we had finished our work at the Castle, Dean took us to his new home. It is a project he and his partner have been working on for several years, building a sustainable home within the trees and hills just a few hundred yards from the Castle. It will be beautiful when it is finished and part of its landscape, not apart from it or imposed upon it. Already, even with the stark lines of newness still exposed, you can see how it will look when it is loved and lived in. 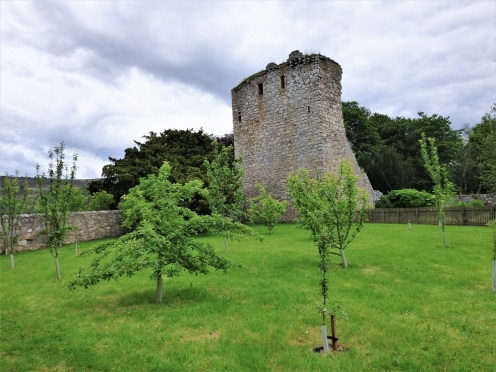