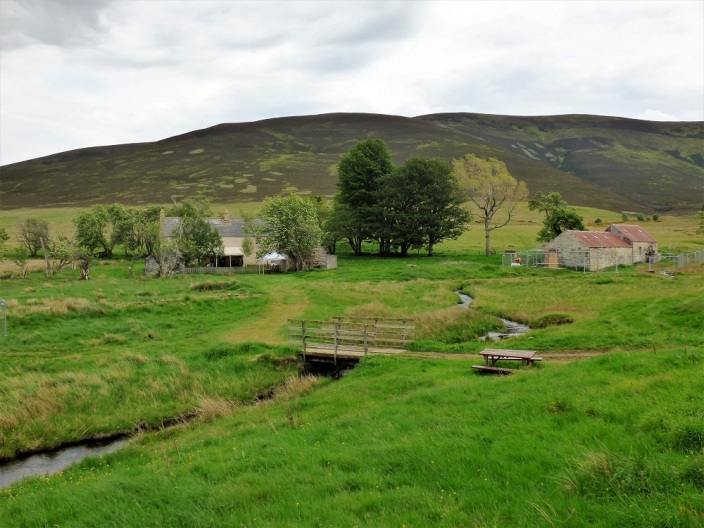 Our final visit of the workshop was to be a silent, withdrawn location that owes much of its history to its very isolation. Hidden amongst the hills of the Braes of Glenlivet, the buildings of Scalan remain invisible until you are almost upon them… even when you know they are there. Dean had chosen Scalan for its peace and solitude as much as any other reason. It was a place where it was rare to see another living soul and the land wraps itself around the low buildings. 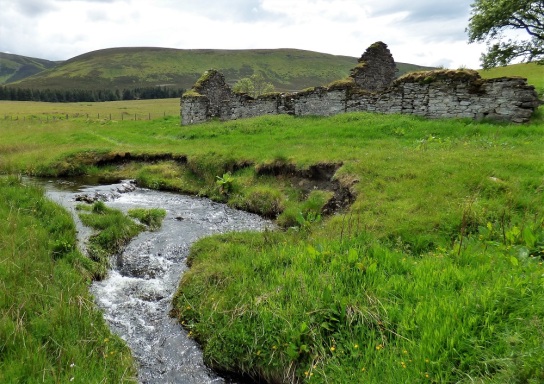 Unfortunately for us, we had chosen the one day of the year, it seemed, where an event was to be held there. The Annual Mass, a pilgrimage to Scalan which is normally held in July, had been quietly moved forward to coincide with the two hundred and fiftieth anniversary of the consecration of a Bishop at the site.

For us, it meant that the silent buildings Dean had chosen for their solitude…and to allow us to be undercover if the weather were wet… were about to be thronging with hundreds of people sharing a religious rite. Not only would our work not share the space well with their worship, but there was also a fair chance that they would not understand five pentagrams laid out on a place they consider holy ground. Discretion, respect for their beliefs and the herding of a guardian encouraged us to move a little deeper into the hills for our work… but not before we had looked around Scalan itself.

The buildings look like the remains of farm, and for a part of its life, that is exactly what it was. Traces of that part of its story abound, from the shreds of faded wallpaper clinging to the walls, to the remains of the waterwheel. 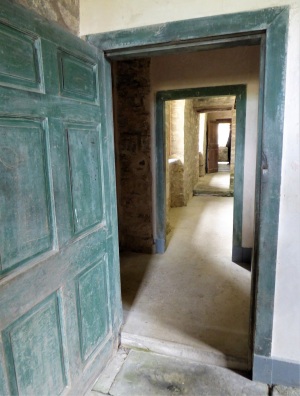 But Scalan’s history is both darker and brighter than that. Originally established in 1717, at a time when Catholicism was effectively outlawed, Scalan was the last seminary in Scotland where Catholic priests could be trained in secret. The old chapel now stands roofless beside the newer, two-storey building erected fifty years later. Because of the isolation and secrecy, at a time when code-words were used to describe anything pertaining to Catholicism, the soldiers charged with eradicating the worship found the place difficult to find… and the priests who trained there were known as the ‘heather priests’. 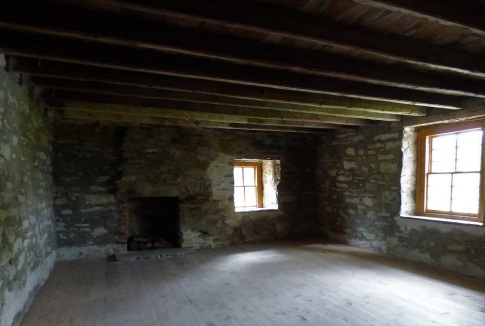 It was not only a place of spiritual induction, but a place where some rather radical views were occasionally aired, including those of Alexander Geddes, who trained at Scalan and in Paris, and wrote in praise of the French Revolution, earning him the censure of the Church and his suspension from ecclesiastical duty. 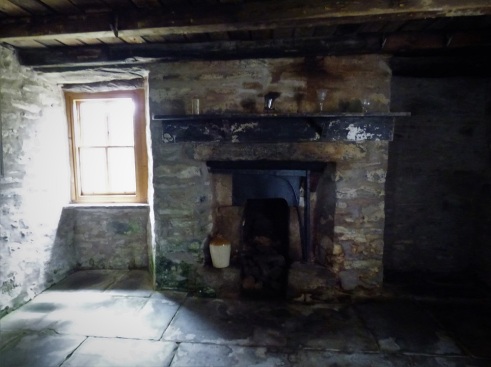 Scalan continued its work as a seminary until 1799, when the repeal of the Penal Laws allowed a new and more open site to be established. On the face of things, you would think that a place that had once been holy ground might welcome seekers of Light, even if they walk other paths. After all, the residents of Scalan were no strangers to persecution and misunderstanding because of their beliefs. But, it has to be said that while most, though not all, of the men seemed okay with the place, the women got a really uncomfortable ‘feel’ from it. We felt we were definitely not wanted… understandable, perhaps, in a place designed to train those vowed to celibacy and the doctrine of original sin… and were picking up both antipathy and the echo of something unpleasant. Even though, as a location, it was both perfect and beautiful, I don’t think the women of the party could have comfortably worked there even had there been no-one else in sight.

Oddly enough, the feeling dissipated as soon as we crossed the stream. On the outer side, away from the seminary, there is a well, now known as the Bishop’s Well. It is curious, as a well right next to a stream is unusual, to say the least… and was probably once Bride’s Well and sacred to the Goddess.

We walked a little further into the hills where we would disturb no-one except the birds and butterflies and where we would have peace to work. We stopped within the curve of a hollow shaped like the crescent moon, where a clear stream flowed and heartsease grows wild. We had worked within the land all weekend… and somehow, it seemed fitting that we should complete the process surrounded by the elements as Dean guided us through the final sequences of the elemental matrix. 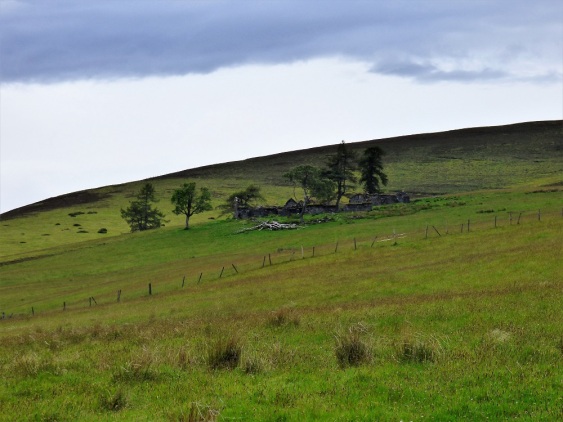 And then we were done. It had been a fabulous weekend, into which an enormous amount of thought and detail had been poured… and one we had thoroughly enjoyed.

There remained only the long walk back to the cars through the oncoming and incongruous crowds gathering for the Mass. We had taken longer than anticipated and, with many having a very long way to go, lunch plans changed. Dean offered hospitality to those who could accept it, while others hugged and took their leave of one another. We were amongst the latter, though not because we were facing the long drive home… we had a day’s grace before we needed to head back so we were heading north…