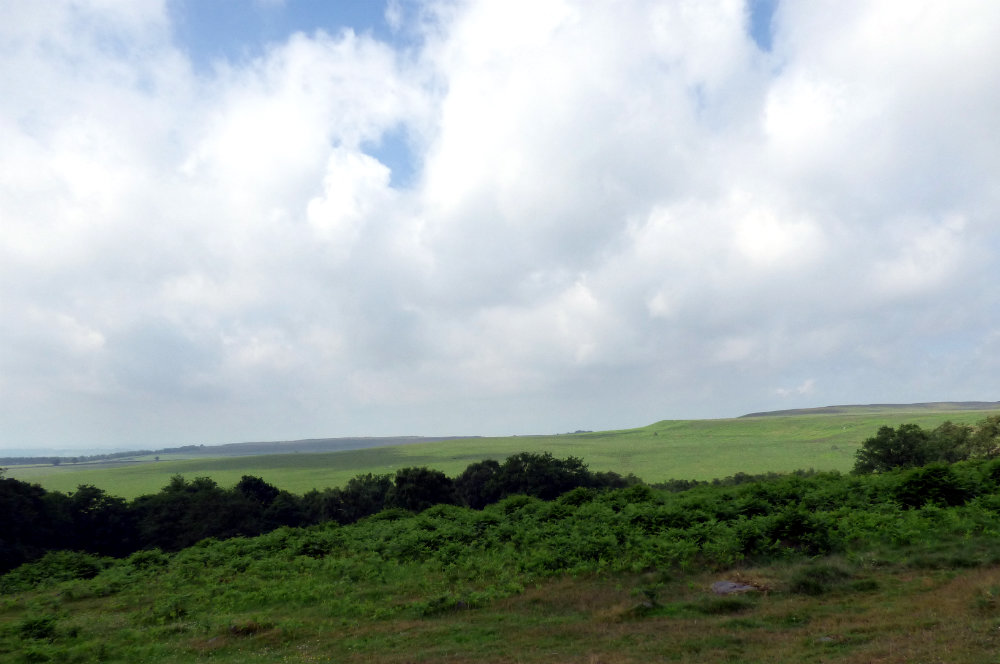 It was hot on Friday, so the cold cider was welcome. It was too hot to eat, so we grazed lightly as we published Scions of Albion and talked through the plans for Leaf and Flame. Thunderstorms woke me mid-way through the night and in spite of the flash I had to think for a moment where I was… the blank wall facing me had me disoriented. Then I remembered and smiled. The morning would have hills in it… and with luck, the weather would be less oppressively hot after the downpour.

Sure enough, next morning brought clouds, though the sun was doing its best to burn them away. It was windy too, high up on the hills, but that is not something I ever mind. I love the wind in my hair as it blows the cobwebs away, leaving more than just the day feeling refreshed and clean. We had decided to head up to Barbrook. The stone circles known as Barbrook One and Two were familiar to us… very familiar, in fact. But so far we had not seen Barbrook Three…  something we wanted to rectify. As soon as we reached the moor, we knew it would be a magical day.

Cows were sheltering beneath a thorn as we stepped onto the path. We stopped to greet them, the guardians of the gate, then, just a few yards further I caught sight of another flash of colour and we were granted a brief encounter with a deer. A lovely moment, and pertinent too as we had been talking about the hart as we discussed the workshop weekend. The lens on my camera is a blessing at such moments and would come into its own more than once over the weekend.

We walked along the path, passing the first of the circles. This, for once, was not our goal. An avenue of stones rises from the unfurling bracken beside us. There are no towering standing stones here… they crouch low as if sheltering from the extremes of weather on this windblown hilltop… yet their presence is powerful and seems to fracture time, letting through visions of another present long passed. We sat on one of the Companion Stones for a while… appropriate for us, as the students with whom we work are Companions…. This one is carved with the supine outline of a human form, dead or sleeping it is impossible to know. Around the stone, a poem… misspelled and as enigmatic as the figure and the stones themselves, “…vast strange night and moss outwits us al…”

A tiny flash of white far across Deadshaw Sick, the bog that lines the banks of the brook… a small bird we had never seen before… a whinchat, I think, after looking it up later. Yet another gift of a morning just begun. This particular spot has special meaning to us. An amber stream cascades through a hidden valley where trolls watch the water as it falls and voices whisper from another time amid the rowan trees and heather. We spoke of the workshop… idly wondering what theme we might use for a future one…and found ourselves, within a few minutes, going from ‘no idea’ to a brief outline of five rituals… The whispering had a purpose, it seemed, and perhaps a source. We had also found a stone we had never seen before, standing tall on the hilltop…impossible to miss. Yet miss it we had, every time until this one. A stone with faces in its curves and shadows… and we would, inevitably, have to have a closer look at it one of these days… 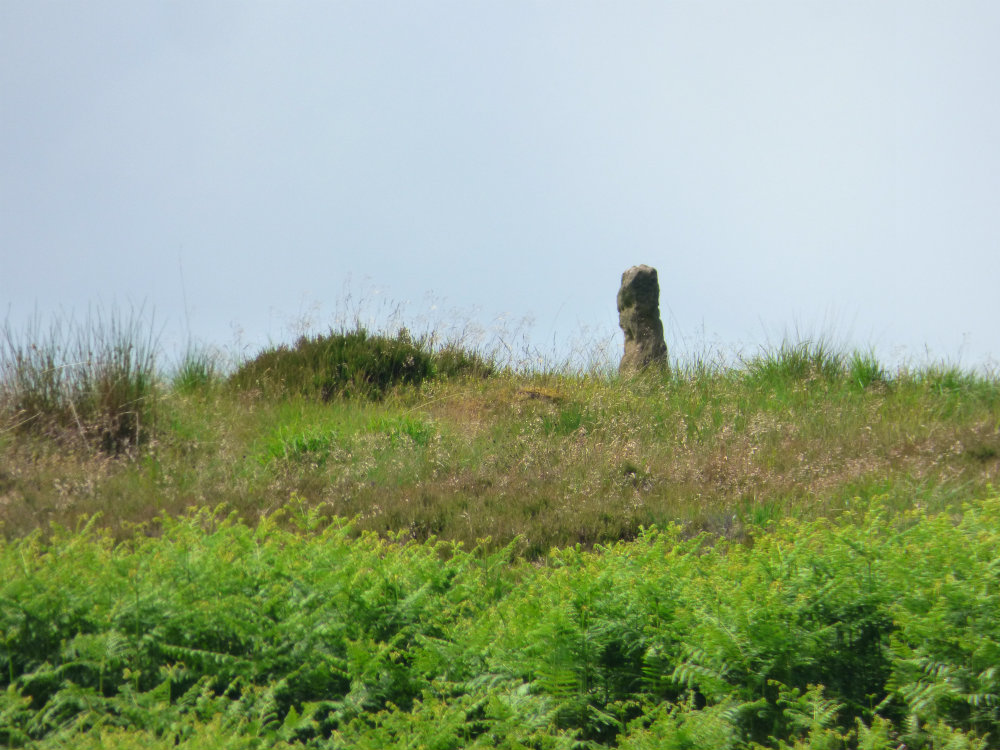