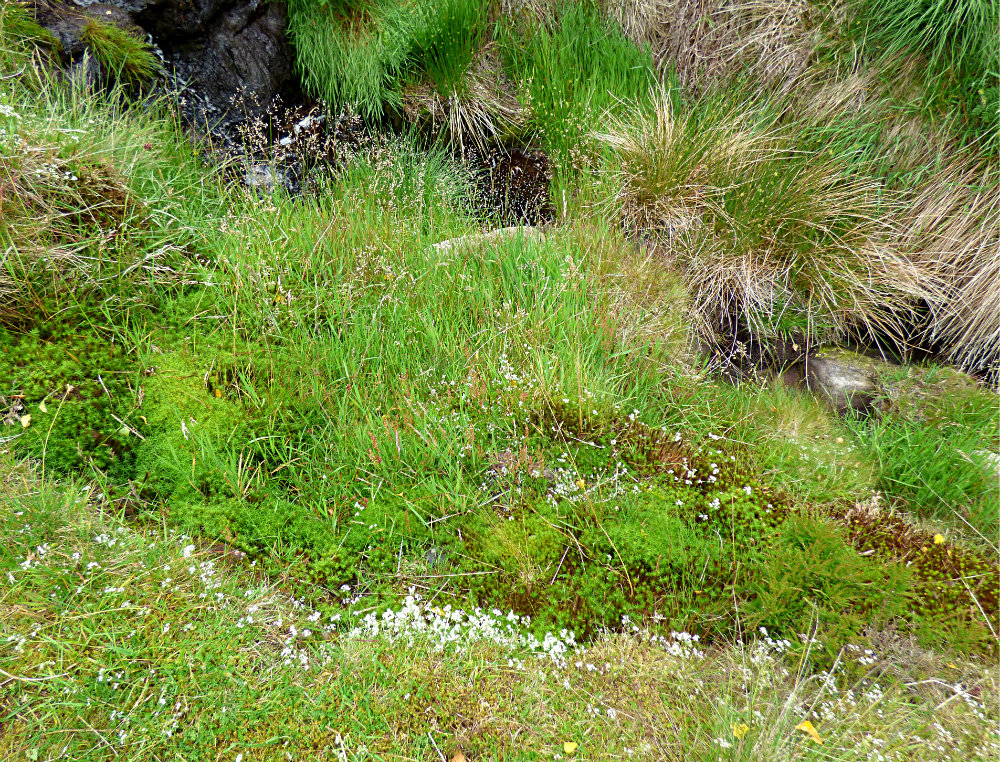 Turning our backs on the lush green that fringes the little stream, we started to climb in search of the unknown stone we had seen the day before. It had been odd enough. As we had rested on the Companion Stone, talking about the planned workshops and seemingly plucking ideas for a new one out of the landscape, I had zoomed in on the distant stone to take a picture. We both saw the faces straight away. “The Merlin Stone… that’s the best  yet…” Of course, when you get up close, these faces, painted by shadows and sunlight in the durves of the stones, often disappear. Sometimes, however, what you find is even stranger. 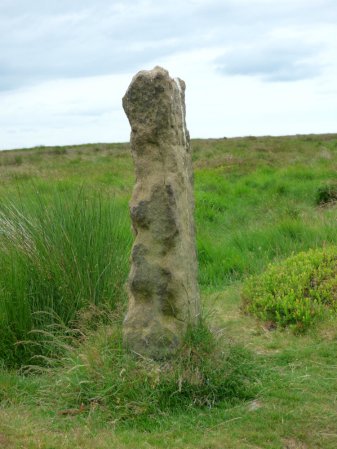 We had only gone a few yards before the stone became visible on top of the hill. I was glad that, for once, I was wearing my walking boots; the woody stems of heather and new bracken form a dense mat on the ground. I had a fleeting thought that, being unable to se where we were walking or what we were walking on, a path might be a good idea. The information board at Curbar Gap mentions snakes in the area. I didn’t really want to step on one. Not that I had ever seen an adder on the moors, of course. They are shy creatures and disappear, as a rule, at the first vibration that heralds an intruder. Still… There was a path a few feet to my right and I lifted my foot to stride over to it… and squealed… 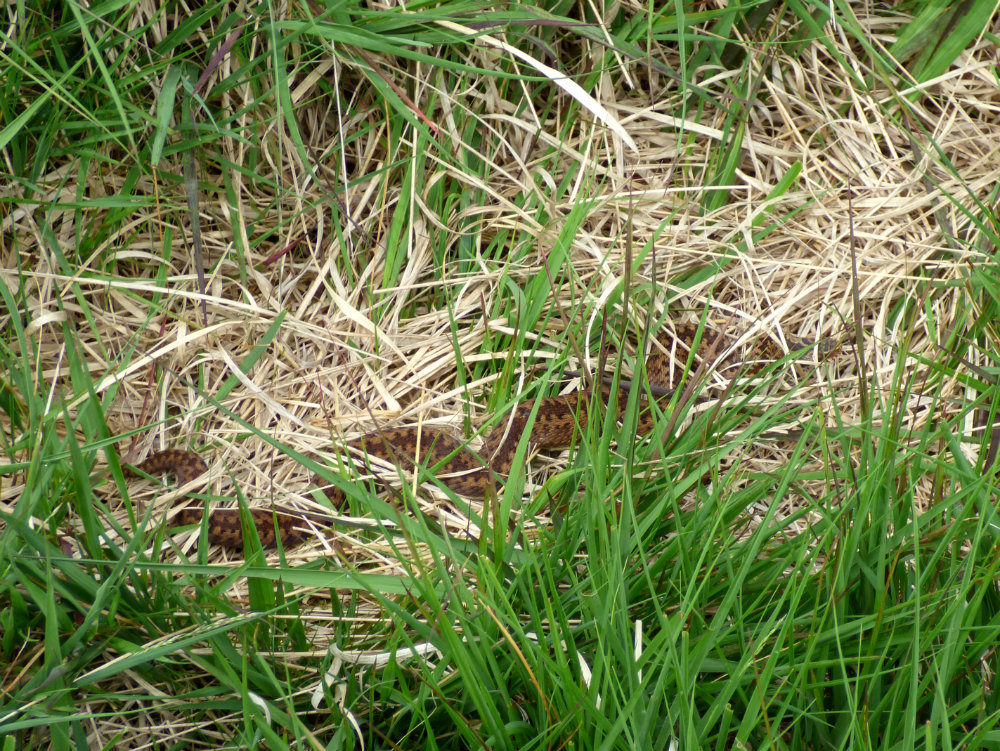 Right next to me, where my foot should have fallen, there was an adder. I managed to pull the foot back and gazed at the motionless creature. To see a snake in Britain is fairly rare… and adders, being true vipers, are our only venomous snake. I had often wondered how I would feel meeting an adder on the moors… now I knew. I was spellbound! Such a beautiful creature! I called my companion, a little way ahead and while he came over I flicked the switch on the camera, cursing the grass that was in the way but reluctant to move in case I scared her away. Not that I knew she was a female at the time… that only came later when we had time to check. Males tend to be black and grey, females brown… but not always. One thing they do share is the red eye with the vertical pupil…. 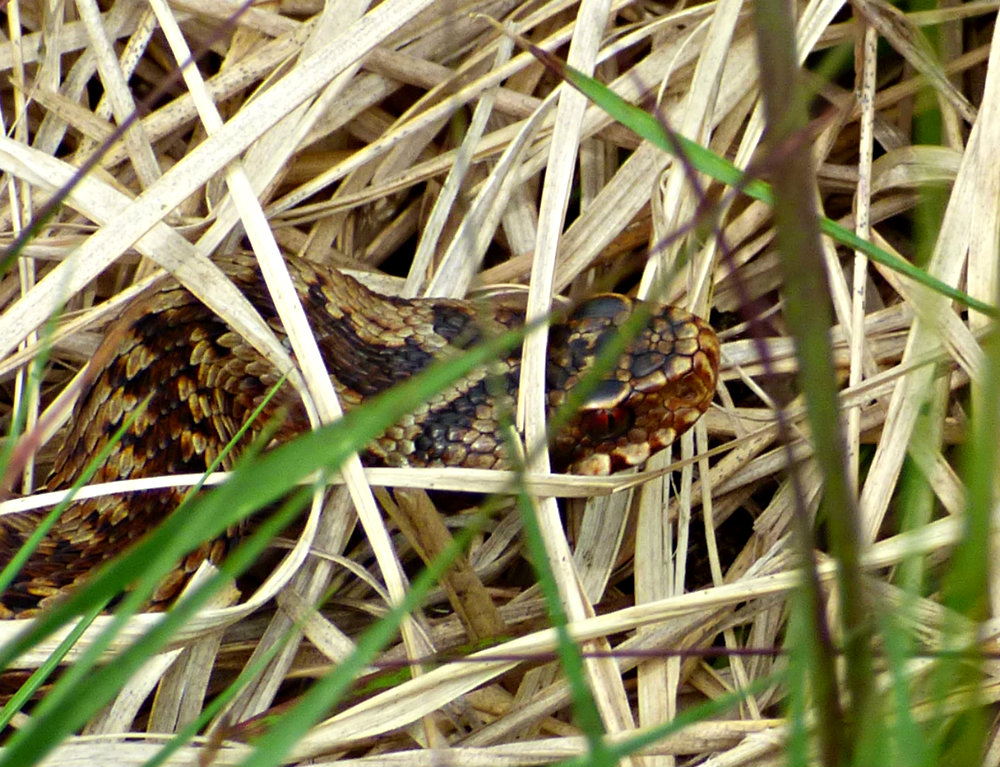 I suppose we only had a minute or two to look before my companion spoke and the snake lifted her head to look at us, then slithered off at amazing speed into the heather. I am surprised we had as long… I can only imagine she hadn’t finished warming up for the morning and was still sluggish. It was a wonderful gift. I would have expected fear, if I had been asked; instead there was only delight.  What freaked me out more was that I had just been thinking about adders… not something I usually do on the moors, blithely tramping through the undergrowth in slippers as a rule. It was rather strange. Had I seen something without registering it… had my thoughts called the snake… or is the attunement to this stretch of moor so deep? Whatever was going on, we were rather more conscious of our footfall from that point onwards! 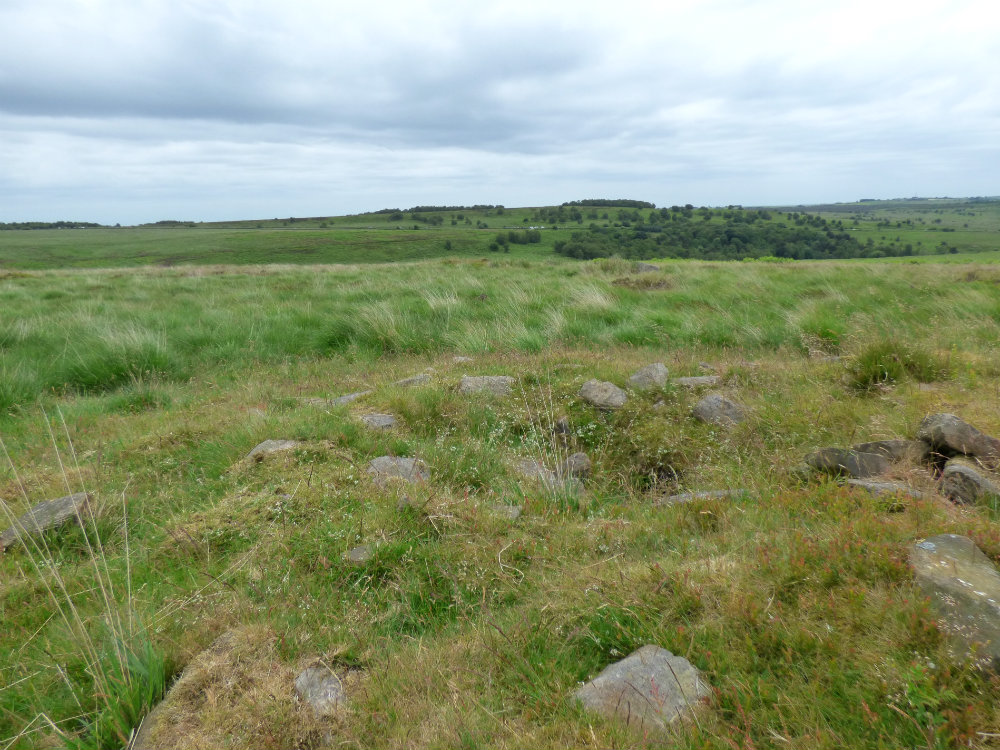