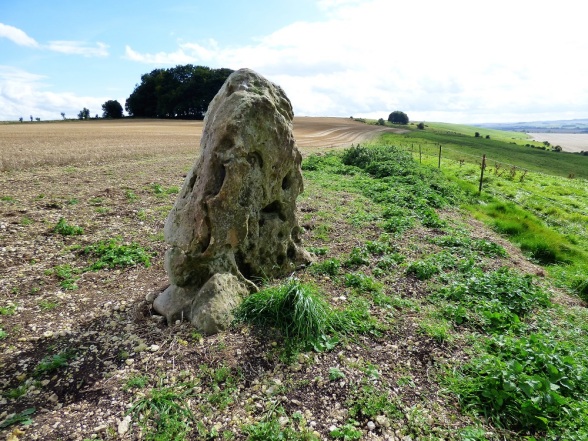 As we drove through Avebury to our next destination, we were more than glad that we had been prompted to stop at the Waggon and Horses instead of our usual port of call. The Red Lion, crammed full of people, was ringed about and protected by metal grilles. It had not even occurred to us that the summer solstice celebrations would be having that level of effect on the tiny village that is encircled by the stones. 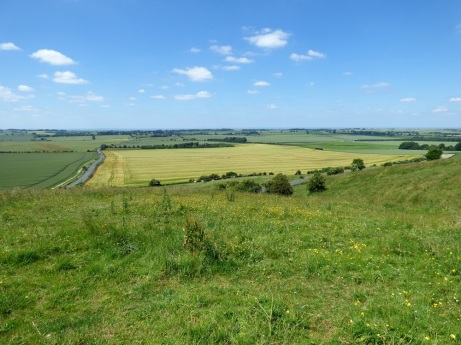 Hundreds of people descend on the stones to watch the solstice sunrise, the party lasts all night and there is music, dancing and rituals of all kinds. The atmosphere is reportedly good there, but it is for this very reason that we try to schedule our events for a weekend close to, but not on the solstice or equinox. We did not stop… it was too busy. We know the henge and circles well and we had already been granted an amazing gift that day in a place we thought we knew. But there is always more to see and discover and we have yet to spend a night amongst the stones… 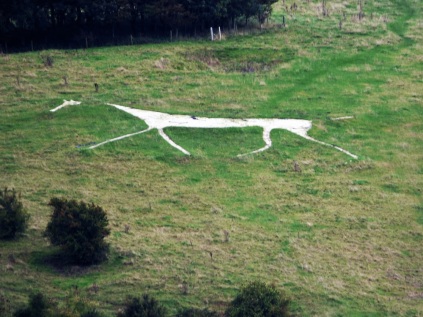 Instead we drove through, heading for Hackpen Hill, where a white horse graces the hillside… though this time, we were not on an equine quest. The Hackpen Horse is a modern creation, ninety feet long and was cut by a parish clerk, Henry Eatwell, in 1838 to commemorate the coronation of Queen Victoria, with the help of a local pub landlord. It is possible that they simply recut an older figure, though no evidence remains if that is the case.

There is a good bit of lore here though. A field of sarsen stones close by may have provided some of the stones for both Avebury and Stonehenge. The prehistoric track now known as the Ridgeway runs just behind the horse… and if you are walking there, it is as well to beware of fairies:

“That the Fairies would steale away young children and putt others in their places; verily believed by old woemen of those dayes: and by some yet living.

Some were led away by the Fairies, as was a Hind riding upon Hakpen with corne, led a dance to ye Devises. So was a shepherd of Mr. Brown, of Winterburn-Basset: but never any afterwards enjoy themselves. He sayd that ye ground opened, and he was brought into strange places underground, where they used musicall Instruments, violls, and Lutes, such (he sayd) as Mr. Thomas did play on.”

From Remains of Gentilisme and Judaisme by John Aubrey (1686-7), edited by James Britten and published 1881.

We had visited the Horse before, finding some really good stones in the area too. Sadly, we had not been carried off by the Fae, which is rather a shame… we have a few questions we would like to ask them… 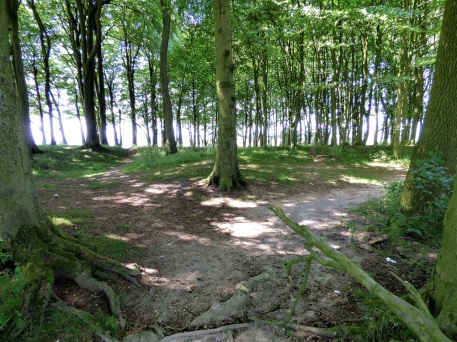 This time we had come for the crop circle. We didn’t want to go in it… just to see it and, perhaps, get a photograph or two for Alethea, Larissa and Helen. We rather hoped that we would get a decent view from high up on the chalk ridge, as the pattern once again reminded us of some of the work we had been doing the previous weekend. The angle was wrong, though… we tried from the Ridgeway and from the Horse, we even considered climbing trees… but we could not get a good shot. And, just a few weeks later, another circle went down in the next field.

There is so much controversy and so many differing opinions on the origins and purposes of these patterns in the landscape. From farmers making a pound or two in entrance fees, to sheer artistry or hoaxers, from aliens, secret technology to earth energies. There are accounts of what may be crop circles going back hundreds of years, and yet no definite account before the past few decades.

The geometries are complex, the construction not easy. If they are made by human hands, perhaps their makers are responding to something they feel in the land… geometric forms are symbols that can communicate something beyond their basic shape and who knows where the inspiration for any artistry comes from? Aliens have been credited with making these circles and what are aliens, when all is said and done? Perhaps they are simply the technological age’s way of interpreting an unknown something that would once have been regarded as the Fae?

But, let’s face it, talking about either aliens or fairies in this day and age is likely to have people shaking their heads and looking askance. I think we have to define our terms a little more precisely and be aware that what we attribute to the actions of creatures falling under either definition may simply be the brain trying to find an image and a word for something beyond our knowledge so that it fits logically within the realms of our experience.

As far as I am concerned, the jury remains out on crop circles. I am open to any kind of evidence and am inclined to withhold belief until something convinces me otherwise. The mathematical probability of the existence of alien civilisations has been proven, though whether they are hanging out in our corner of the galaxy remains to be seen. Of the existence of the Fae, I have only personal experience to go on… and I would not speak of fairies, a name that conjures up images of little winged cuties, I might speak of nature spirits though, and Nature is not always cute. Of the earth’s own energies there can be little doubt, though the nature of those energies is yet another debate… But we had simply come for a photograph. And then we were on the final stretch… taking the backroads to Swindon, stopping at The Plough for a very late lunch or a very early dinner… then on to Uffington… 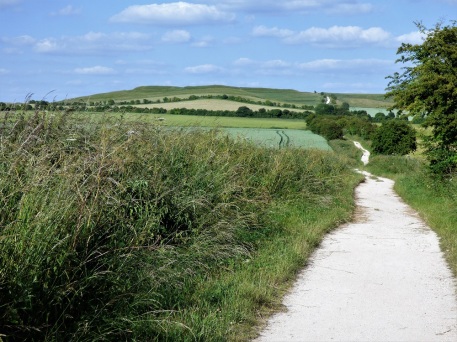 16 thoughts on “A Thousand Miles of History: The Horse and the Crop Circle…”