As the May Morning festivities were winding down and our parking ticket still had a couple of hours to run, we decided to visit the Ashmolean Museum in Oxford while we ere there. To be fair, there is no way that a couple of hours in enough to really visit  such a place… but there is so much to see that even an hour is enough to send you into sensory overload.

We were greeted by Francois Dieussart’s, “Judith and Holofernes”and, in spite of the gruesome nature of the depiction, the three of us exchanged a smile. The tale had featured in a theatrical production by our friend, while the symbolism of ‘beheading the ego’ had been a central theme of the Silent Eye’s  recent Leaf and Flame workshop.

There was no particular reason for our visit… except that we were there. We rather hoped to see some early British artefacts, but were, for the most part, rather disappointed… there was very little on display, though doubtless the vaults hold many treasures. On the other hand, the displays were amazing… and not least for their synchronicity.

The Minoan room started it… not a surprise really, with the legends of the Minotaur and the labyrinth, the double-headed labrys… the Minoan axe so similar to that symbolically used by our Green Knight… and the little statuettes of the Snake Goddess from Knossos that had been a part of my own visualisations which sent shivers down my spine as soon as I saw them.

Once the shivers had started, they barely stopped as century after century, culture after culture rolled back the veil of time and we gazed into the eyes of the faces of our ancestors, knowing that in the distant once-upon-a-time these were living, breathing people who lived, loved and laughed just as we do today. 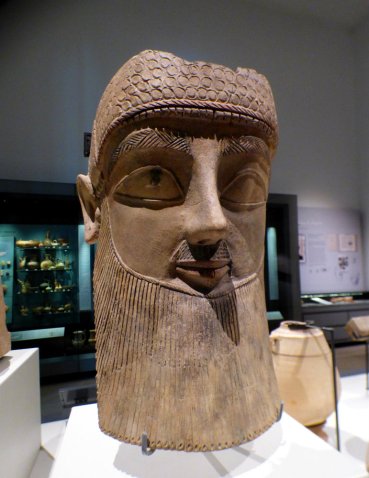 Some we know… the golden mask of Agamemnon has a name and we remember some of his story. The Egyptian temple singer  and priestess, Meresamun, still lies serenely beneath her funerary mask, enfolded within the wings of her god.

There are the faces of deities and heroes, though doubtless many were carved from those in life. The eyes of anthropomorphic gods seem to hold a knowledge to be shared, soul to soul, as if the eyes of the Artist burns within them.

Others still are forgotten and their nameless gaze speaks silently of eternity. Their stories are lost, their lives no more than a memory in stone… yet once they lived and each one of them changed the course of history in some small way, if only by their presence in the world… as do we all. 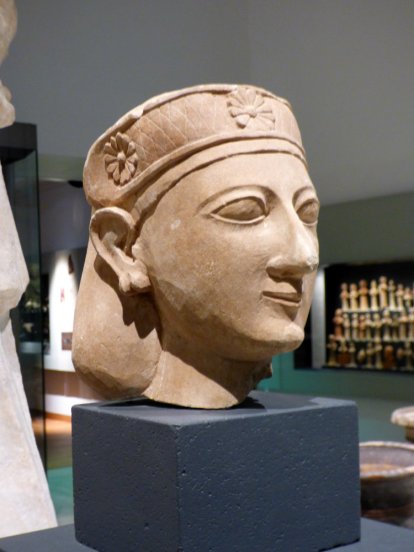 Many of the faces are stylised,  depicted in a manner unique to a place and time. Others are shown in a more natural way and their faces could be those of the people who now gaze upon them. From across a world and an evolution, eyes mirror our own and the faces of the dead silently remind the living of the true kinship of the human family.

1 thought on “Face to Face with history”