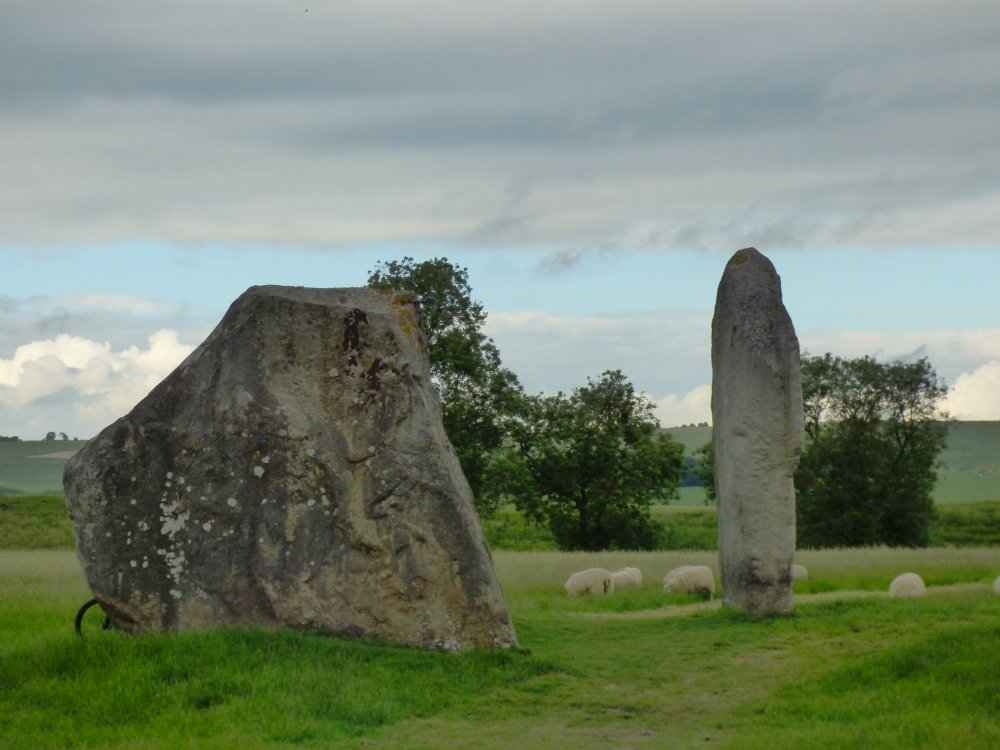 We took the long way back… we often do. So many things are missed by speeding along the motorways and so many more discovered by meandering down country lanes. And anyway, it would have seemed all wrong to be south of Swindon and not call at Avebury. It has been a while since we were last there… the autumnal equinox was the last time, which is probably the longest we have been away in the past few years. 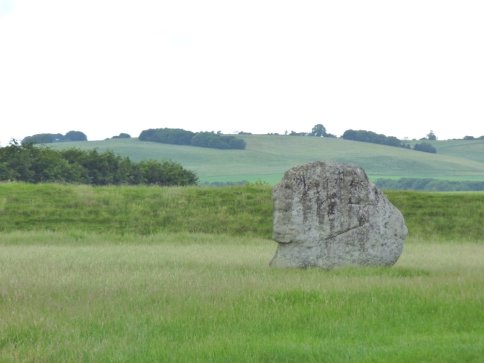 By the time we arrived, the summer tourists had gone and the village was quiet. The light of the stormy sky had softened to porcelain pastels and the stones seemed to float above the misty seed-heads of the meadow grass; fairy grass, I had called it as a child and the name seemed perfect in this magical place where the stones smile their welcome.

We stayed for refreshments at the Lion, though, as our usual table was already occupied and we could not sit and watch the stones, we did not stay long. We did not wander far either…sometimes it is enough just to be there. It is not just the faces in the stones that make the place feel alive and aware, whispering to an older and deeper part of being. It is as if the circles, placed by the hand of man in ages past, draw something in the heart of you back to your roots in the heart of the land itself. 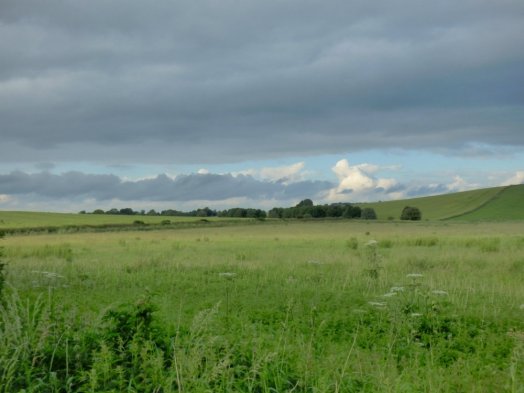 With more time, we might have explored the speculative avenue we had read about, where the stones are now missing but their traces can be seen in the earth. As it was, we paid our customary visit to Silbury Hill as we left the stones, stopping a little while in its shadow and presence. We parked by the information board this time and both remarked how much clearer the spiral pathway to the top of the mound seems to look these days. Not the modern path that has provided access for ‘authorised persons’, but the ancient terraces that encircle the great, man-made mound. There was a time we could barely see it, yet now it calls to our feet, louder with every visit. 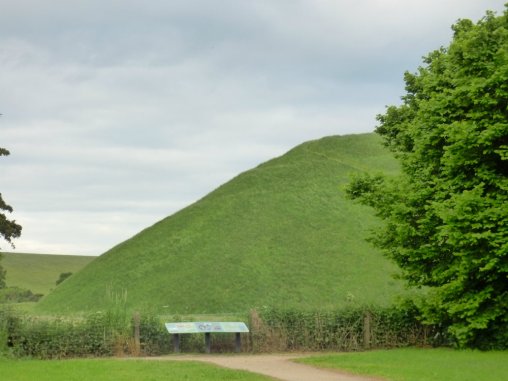 Several people came and went in the short time we were there, stopping briefly to read the facts on the board, glancing even more quickly at the mound, taking a selfie against it before walking away. They have ticked the largest man-made mound in Europe off their list, acknowledged its antiquity and size, noted it is comparable in both to the pyramids of Giza… then moved on. Two minutes to take in mysteries four and a half thousand years old.

No matter how often we visit, there is still awe. Not only at the sheer scale of the human undertaking, the dedication to have built the thing with sweat and antler picks and the organisation it must have taken to complete the construction, but at the vision that conceived it, the precision of its placement in a vast landscape of circles and stones… and the presence of the hill itself.

We have seen it in winter when the frost has clothed it in diamond dust, watched it rise from a sea of summer gold and seen it reflected once more in the flooded lake that once stood at its feet. A single, brief visit could never be enough to appreciate the magic of the place.